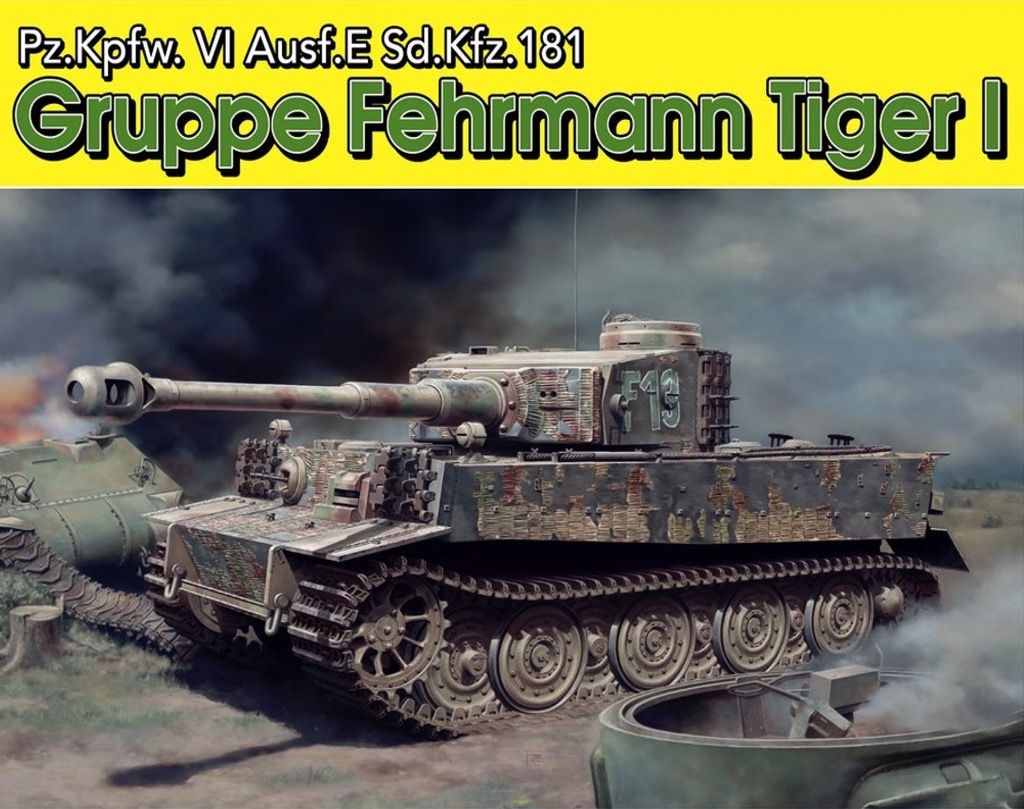 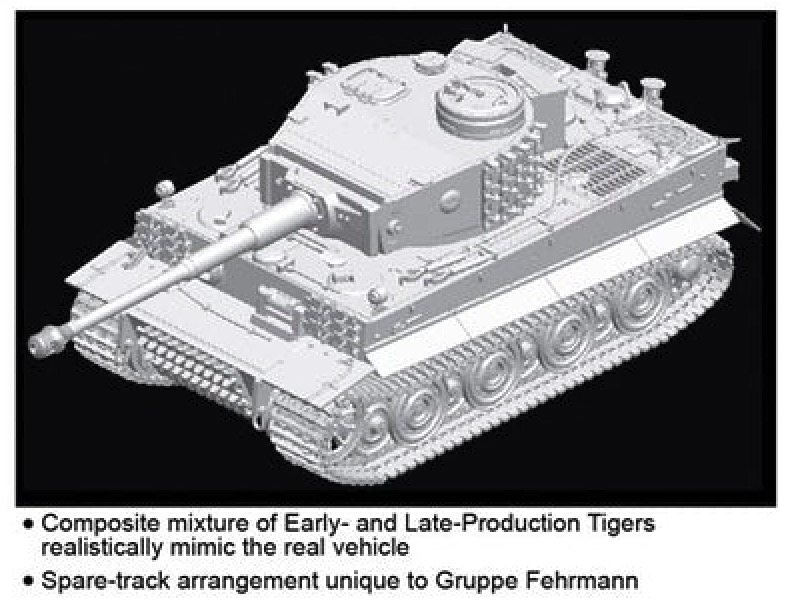 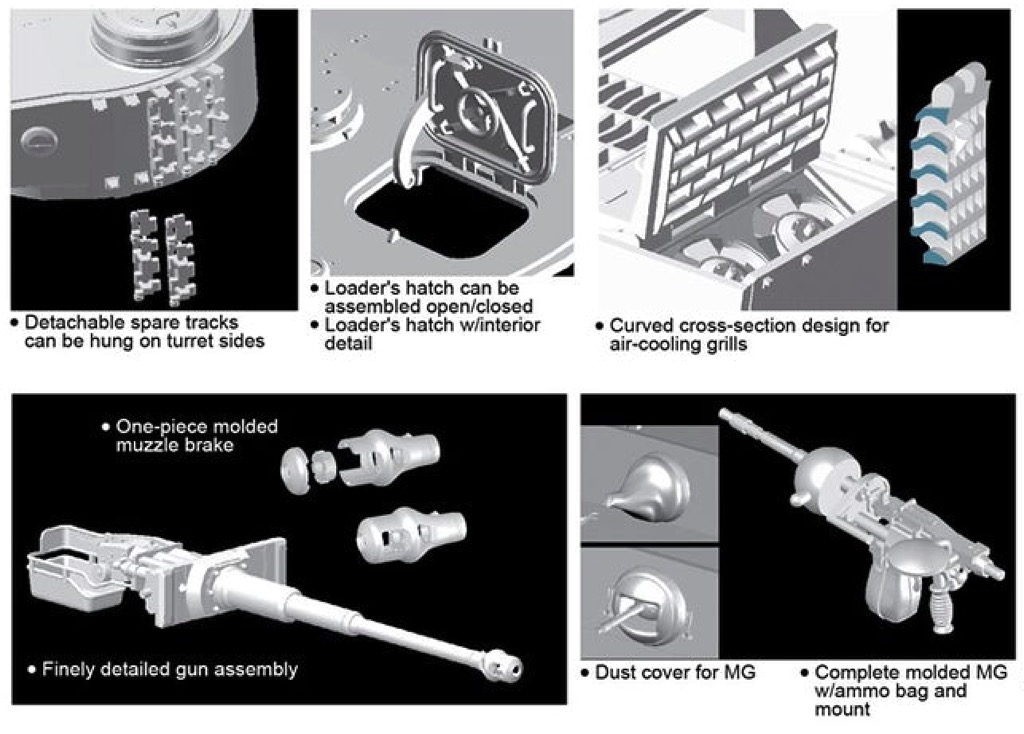 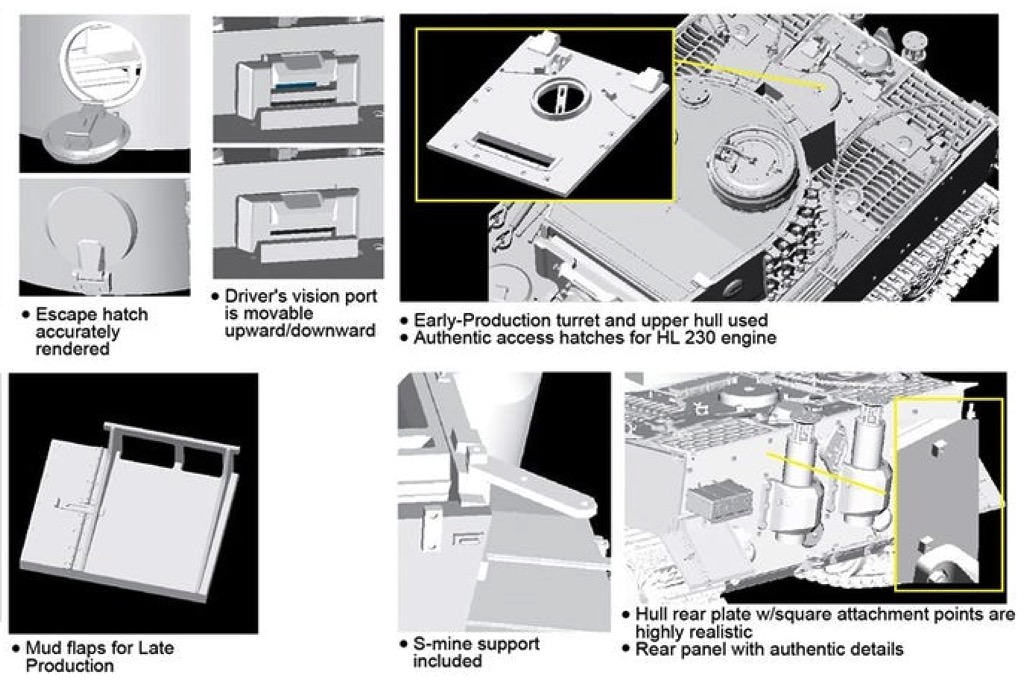 Dragon has a fantastic new 1/35 scale kit representing a mighty German Tiger I tank. This kit carries the title of Gruppe Fehrmann, and the plastic model represents Tigers from this rather interesting ad hoc unit that was formed towards the end of WWII. Indeed, at that time Germany was being squeezed from both east and west by the Soviets and Allies respectively, and Wehrmacht units were being disbanded and re-forged regularly. One such provisional unit formed in early 1945 was Gruppe Fehrmann, named after Oberleutnant Fehrmann who led a formation of six Tiger Is and five Panthers. These tanks bore an "F" prefix to denote their unit, and they were numbered from F01 to F13. This unit fought against the Allies in the area of the Ruhr Pocket on the Western Front and, in various engagements, the German tanks were knocked out or broke down one by one.

This new 1/35 scale kit allows modelers to produce a Tiger I specific to Gruppe Fehrmann. The kit makes use of tried-and-true parts from previous Tiger I releases from Dragon, which is entirely apt considering the ad hoc nature of the unit and of the half dozen Tiger I tanks used by it. Thus, the Tigers reflected a mix of early and late features in an eclectic hybrid kind of tank, such as an Early-Production turret and a Late-Production chassis/hull. Straight from the box, this highly detailed Tiger I from Gruppe Fehrmann is ready to foray into combat and to defend home soil against the Allies.