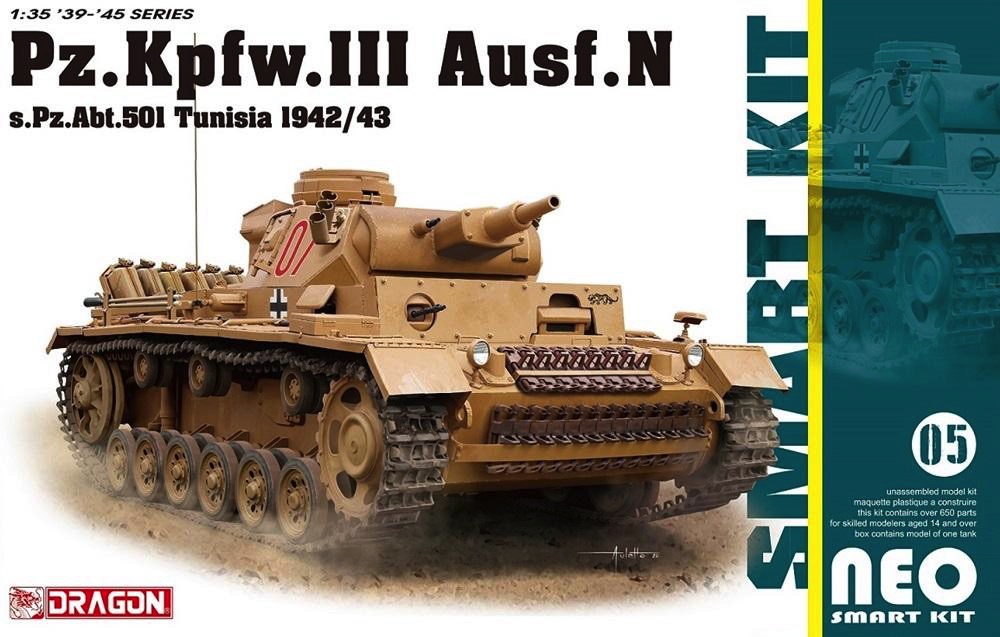 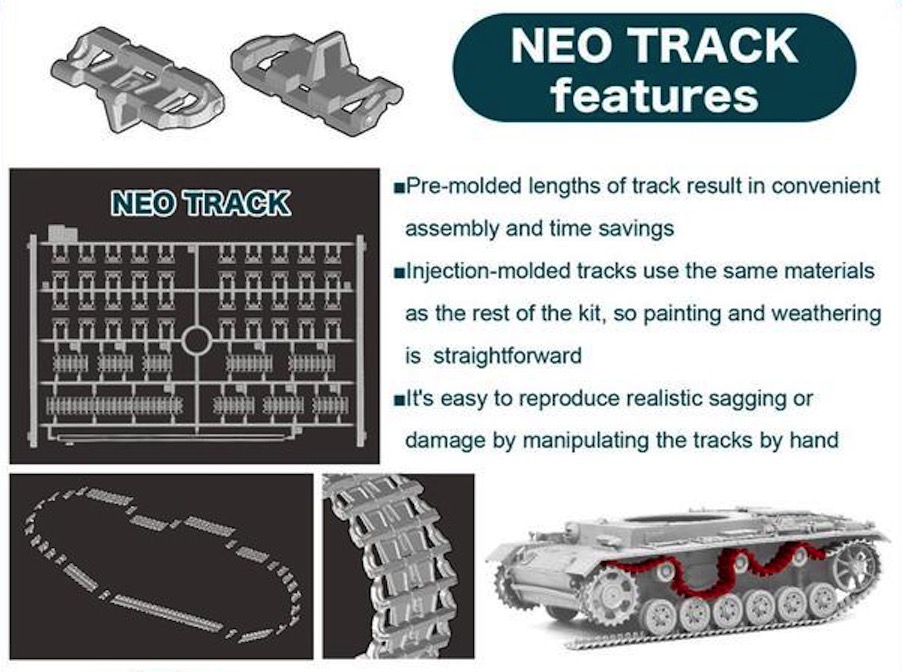 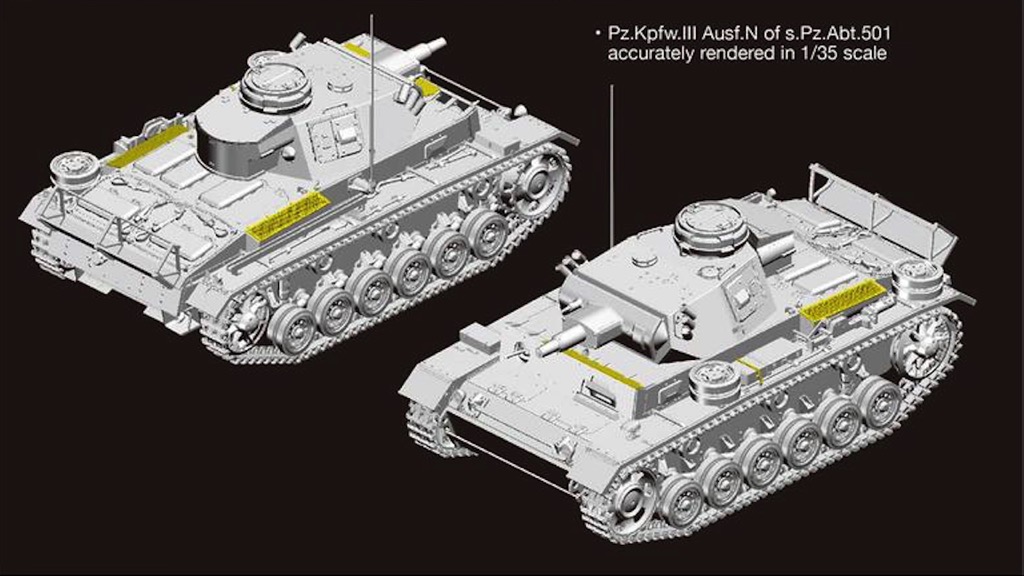 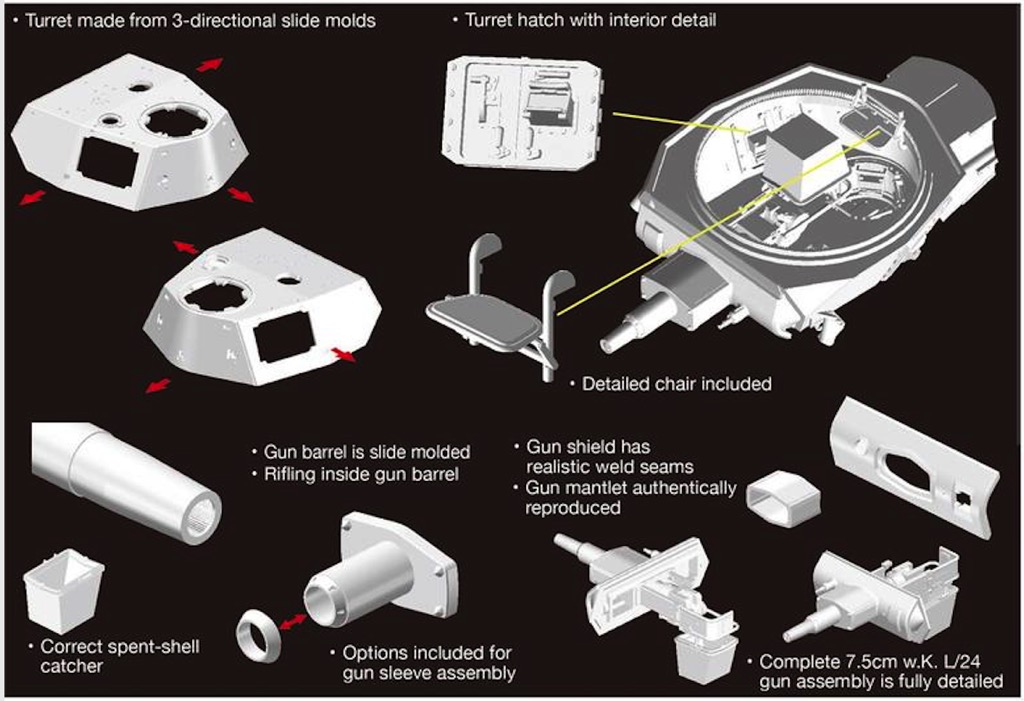 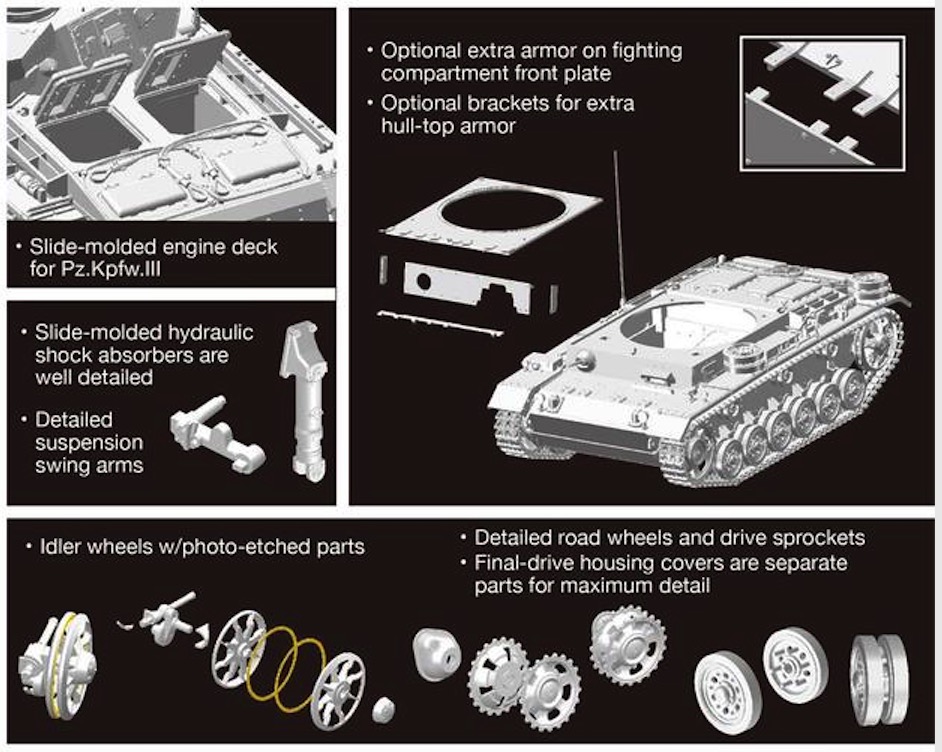 Dragon is releasing its fourth item in its Neo Smart Kit range in the ever-popular 1/35 scale Dragon's fantastic 1/35 scale Neo Smart Kit range is gathering momentum as it rides a wave of popularity. It's therefore time to add another newcomer, this time is the final variant of the Panzer III family, the Ausf.N, one that's operating in the hot climate of North Africa with the German Afrika Korps. Armed with a short-barreled, low-velocity 7.5cm KwK.37 L/24 gun, the Panzer III N was commonly issued to Tiger battalions. This is certainly the case with this Dragon kit, which shows a tank from s.Pz.Abt.501. The second battalion ever to receive Tiger I tanks, s.Pz.Abt.501 fought in Tunisia from November 1942 till its surrender in May the following year.

Receiving the standard, but exemplary, Neo Smart Kit treatment, this new item features Dragon's Neo track links as well as a interior. The result for the market is the most accurate Panzer III kit ever from Dragon. Indeed, the kit is extremely well engineered in 1/35 scale, offering a sublime balance between accuracy and easy assembly. Dragon already offers a scintillating kit of Tiger Is fighting in Tunisia during the desert war, so this Neo Smart Kit could make the perfect accompaniment for a dramatic scene, or then again this excellent tank is good enough to stand on its own in a sandy and dusty Afrika Korps setting too!