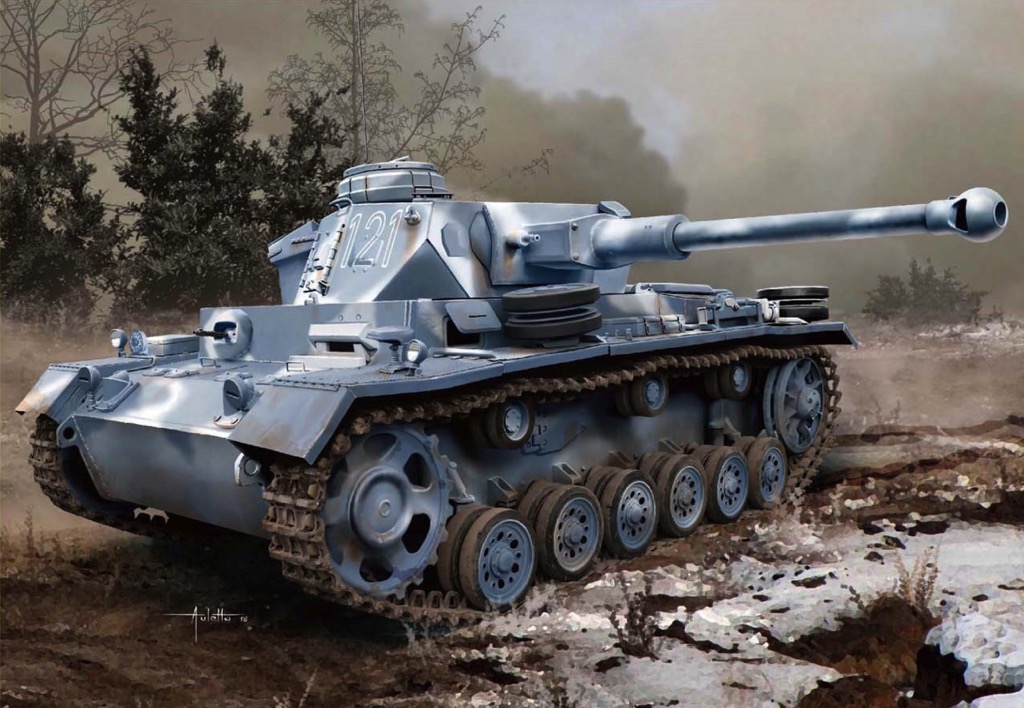 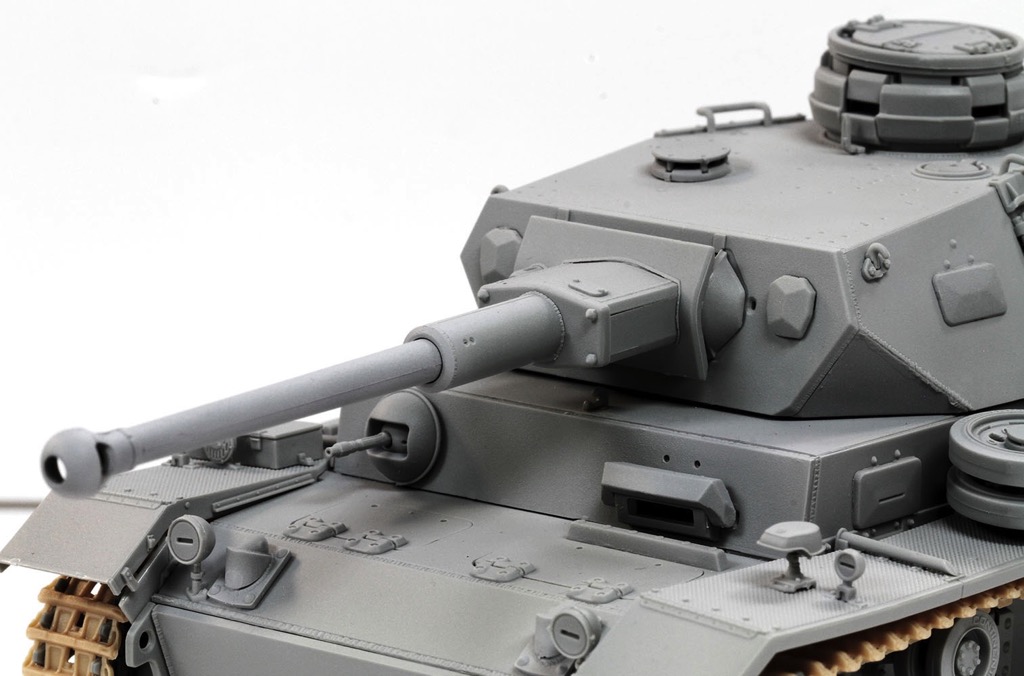 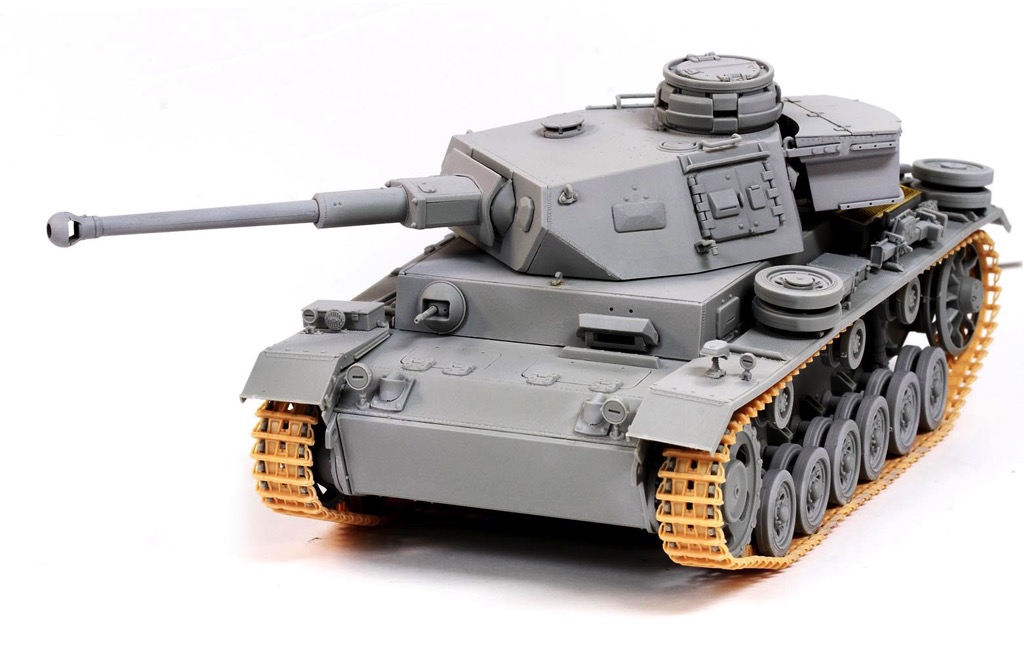 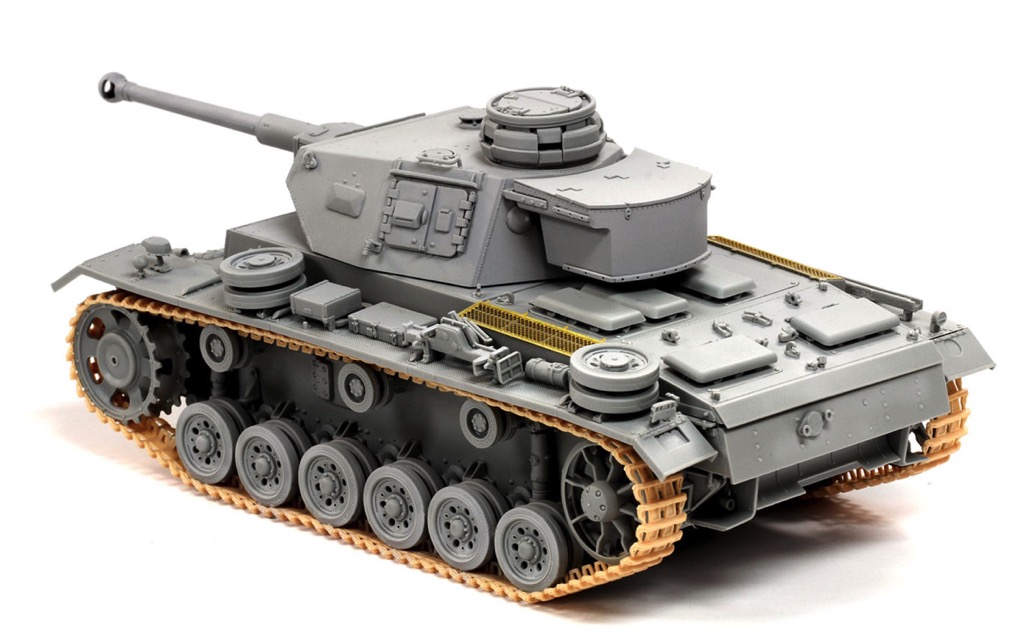 Dragon has a new variant of the Panzer III in its 1/35 scale series of kits. This item is a Panzer III Ausf.K, a tank type that didn't actually make it all the way into series production. The Ausf.K was basically to be a Panzer III Ausf.J chassis combined with a Panzer IV Ausf.F2 turret that mounted a KwK.40 75mm gun. After receiving orders to prepare such a tank design, Krupp had completed sets of drawings by 27 December 1941. However, such a vehicle faced serious problems in terms of the Panzer III being able to cope with the extra weight, new suspension, new tracks and a changed center of gravity. By March 1942, Krupp had been instructed to drop the project and to keep arming the Panzer III with a 50mm gun instead.

Dragon's 1/35 scale kit of the Pz.Kpfw.III Ausf.K is a smart combination of subassemblies from previous top-quality kits. Thus, it mates a turret from a Panzer IV Ausf.F2 to a Panzer III chassis and hull. Also included in the kit is the upper hull plate from Dragon's latest Pz.Bef.Wg.III Ausf.K command tank, which would have allowed a larger turret to be fitted on this tank. Although this ultimately remained a "paper panzer", the Pz.Kpfw.III K is a unique-looking and well-armed tank. Modelers seeking something a little different from a run-of-the-mill Panzer III will therefore find this kit rather appealing!