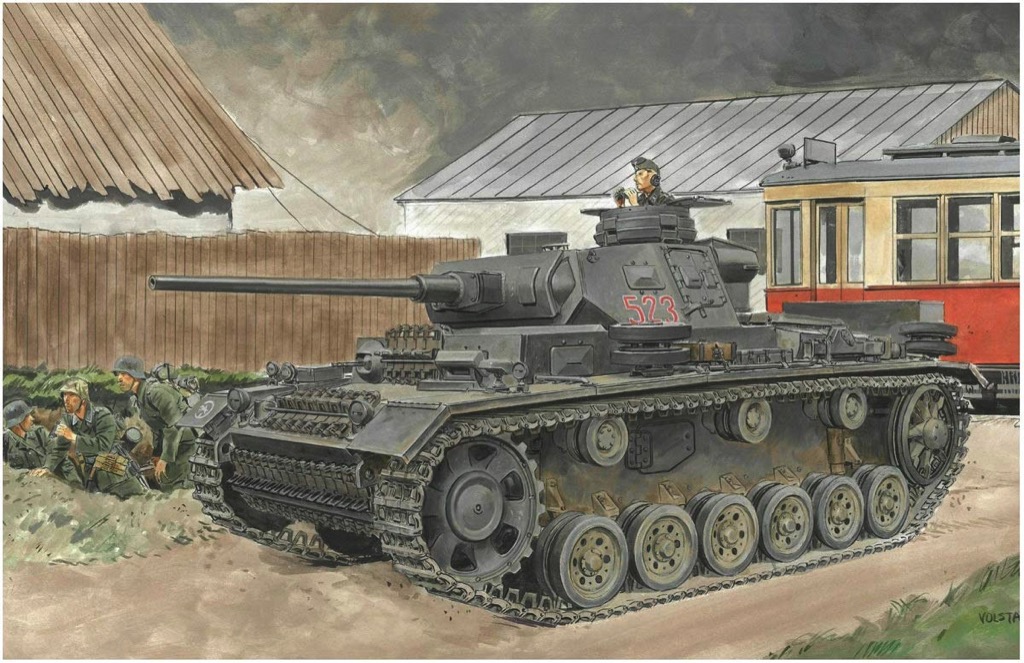 The 45-tonne Panther was one of the most important tanks used by Germany during WWII. A number of Panther Ausf. A and Ausf.G vehicles, 329 in fact, were converted into command tanks from May 1943 to February 1945. These were known in German as the Panzerbefehlswagen, and they were used as battalion and regimental command vehicles, as well as for ground-to-air liaison. One important design criteria was to make sure they looked inconspicuous compared to regular gun tanks so that they wouldn't be targeted by the enemy. These command tanks still retained the 7.5cm KwK42 L/70 main gun, but did not have the usual coaxial machine gun. The Befehls-Panther added an additional radio, which caused a corresponding reduction in ammunition stowage. A FuG5 radio was installed in the turret and a FuG7 or FuG8 in the hull.

We are now offering a 1/35 scale kit of a Befehls-Panther Ausf.G. As the name indicates, this command tank is based on a Panther Ausf.G hull. The kit thus inherits the best aspects of Dragon's phenomenal Panther G kit family, with all the necessary additions typical of a Befehls-Panther. For example, there is a star antenna on the engine deck and the correct mantlet for a command Panther is present. DS tracks are included for easy assembly. this Befehls-Panther kit will command a lot of respect thanks to its accurate, even easier-to-build characteristics.