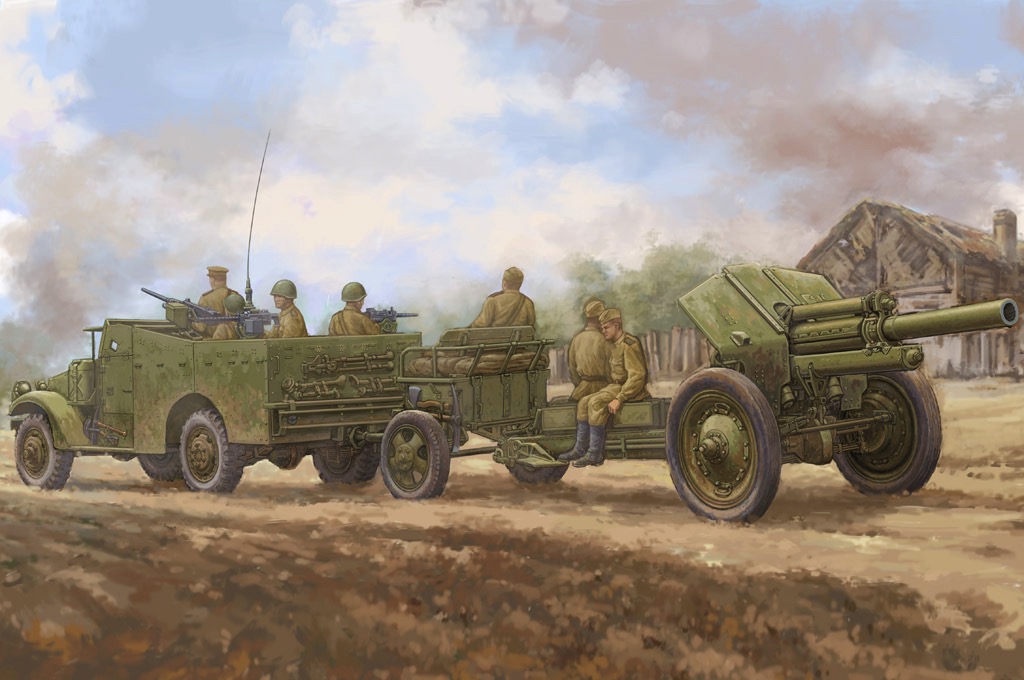 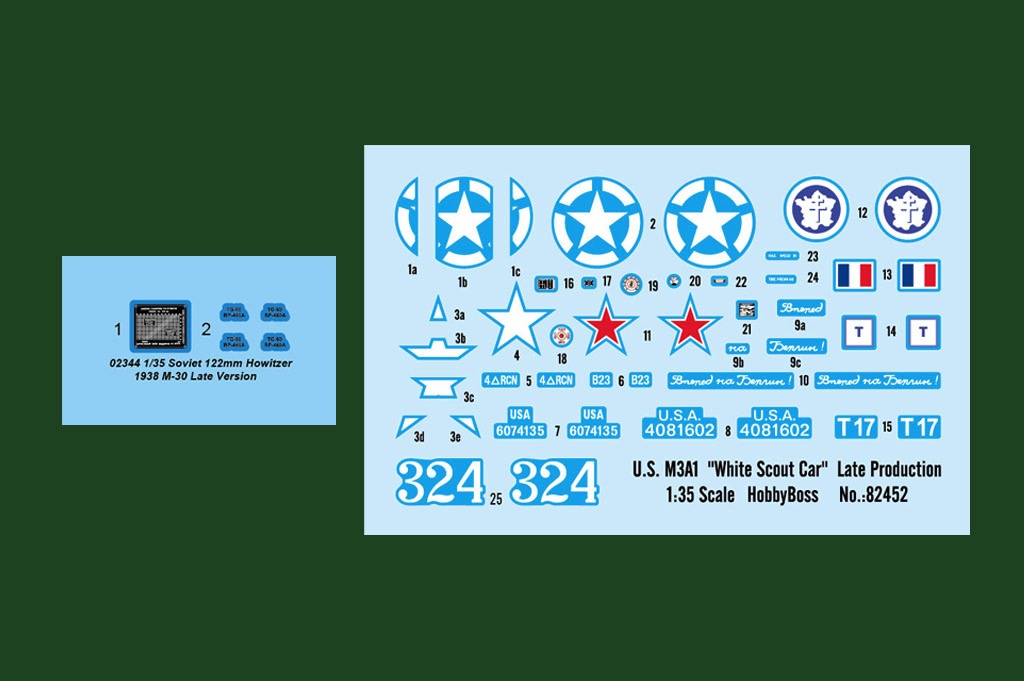 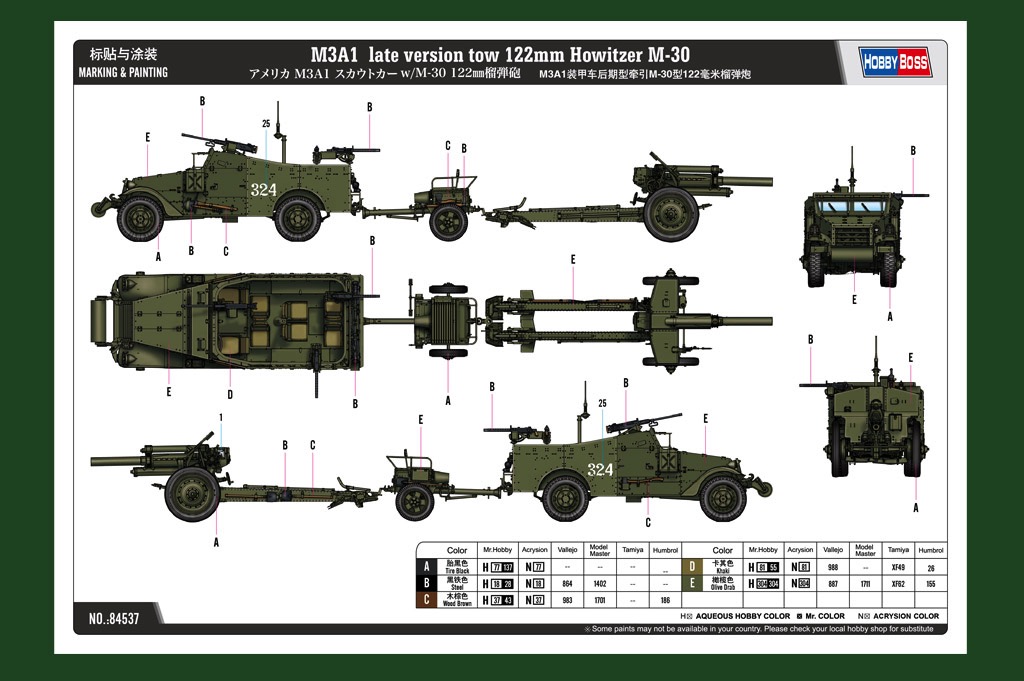 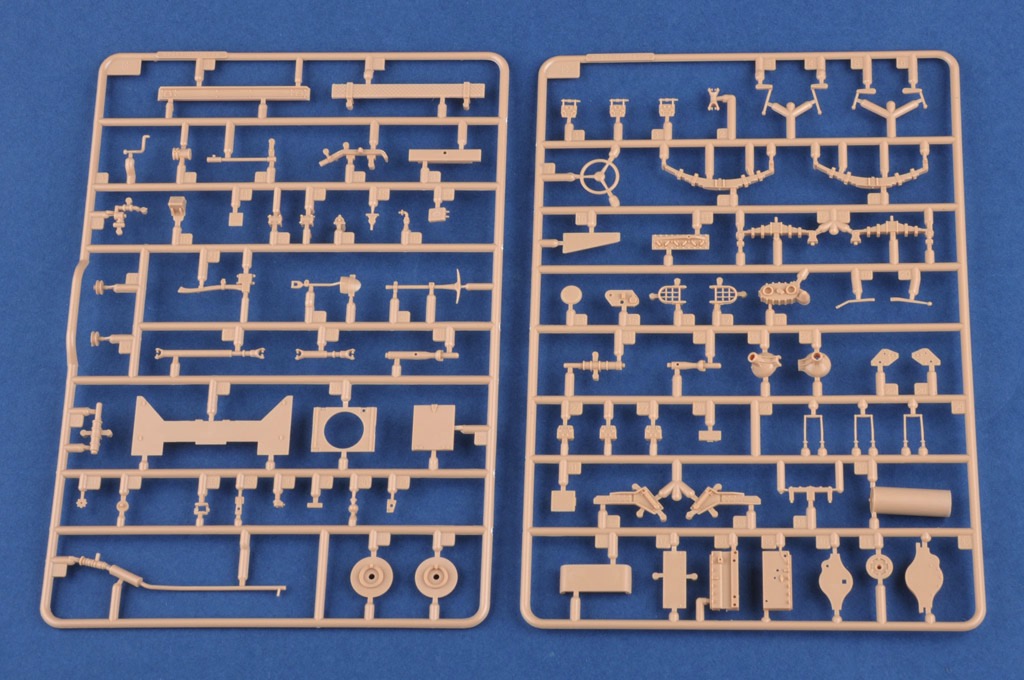 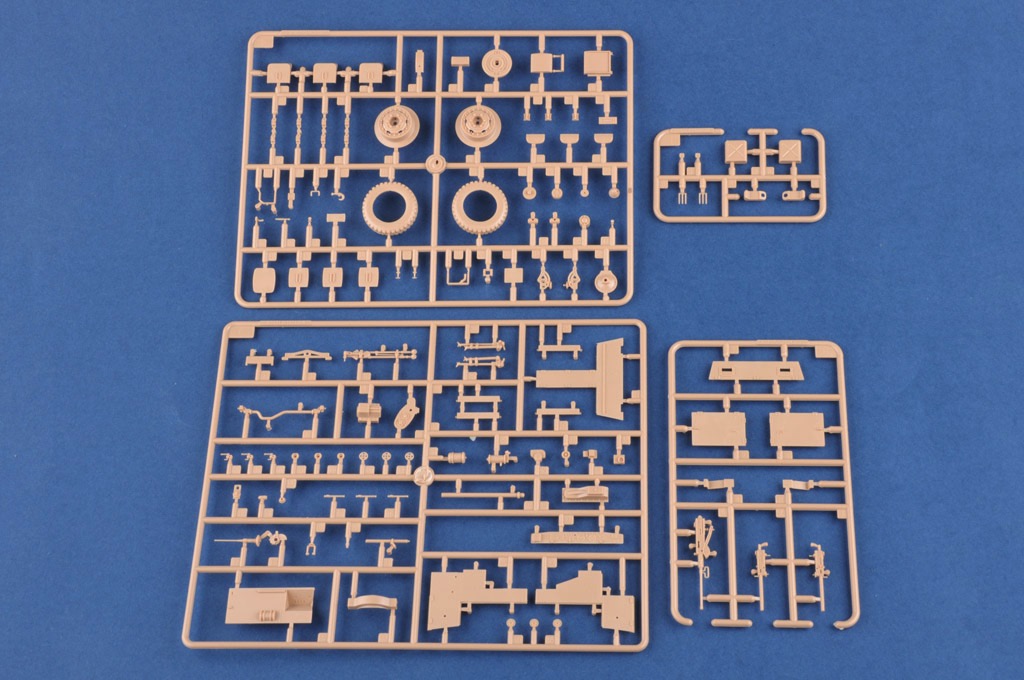 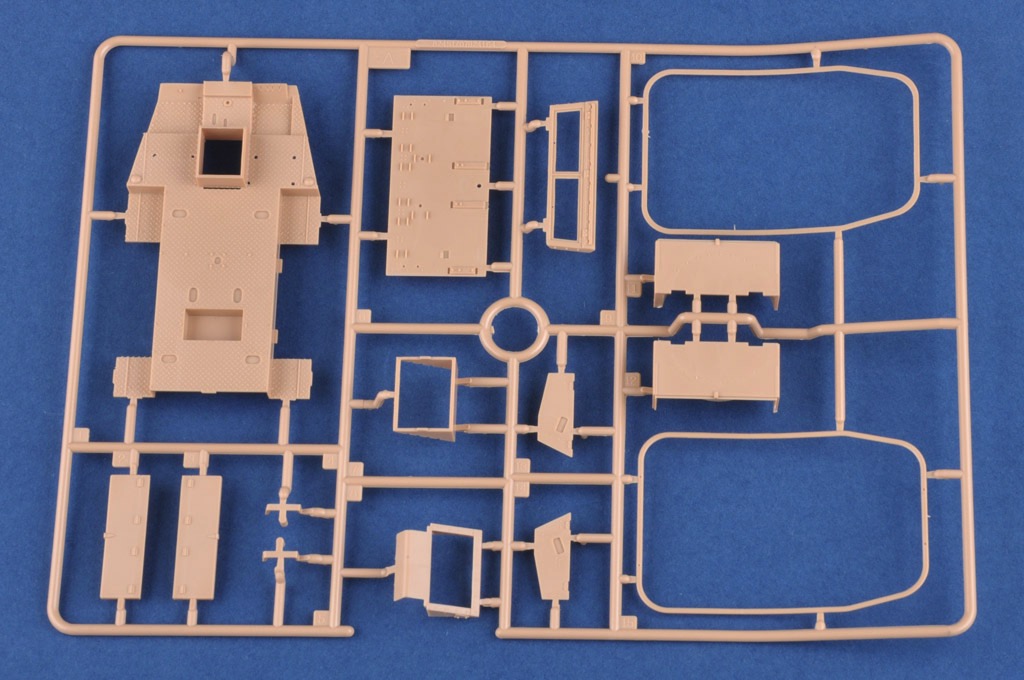 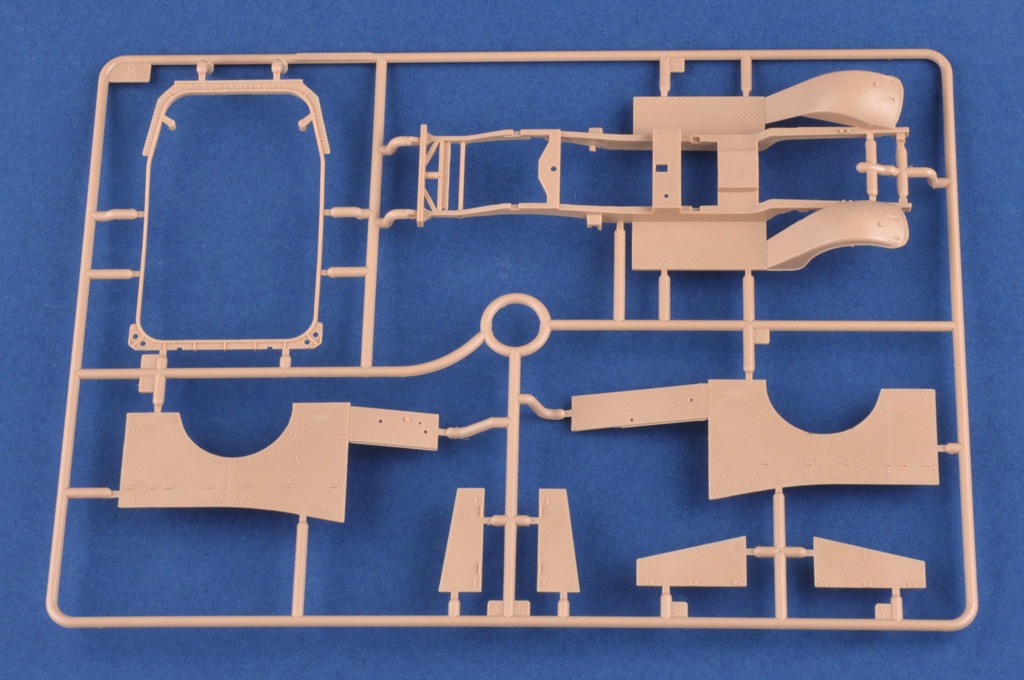 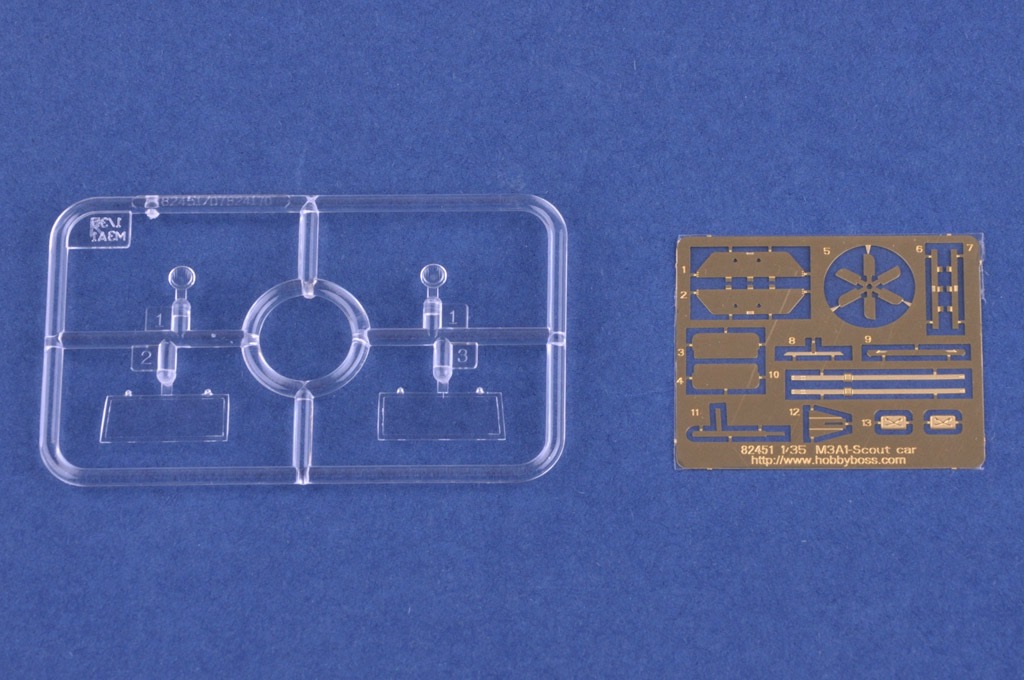 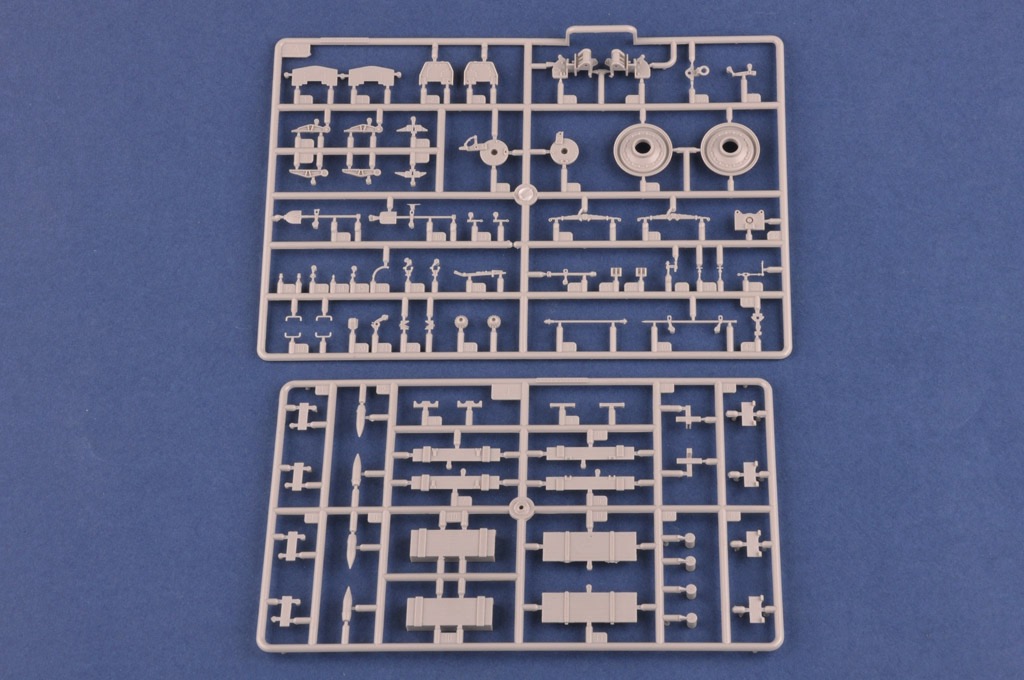 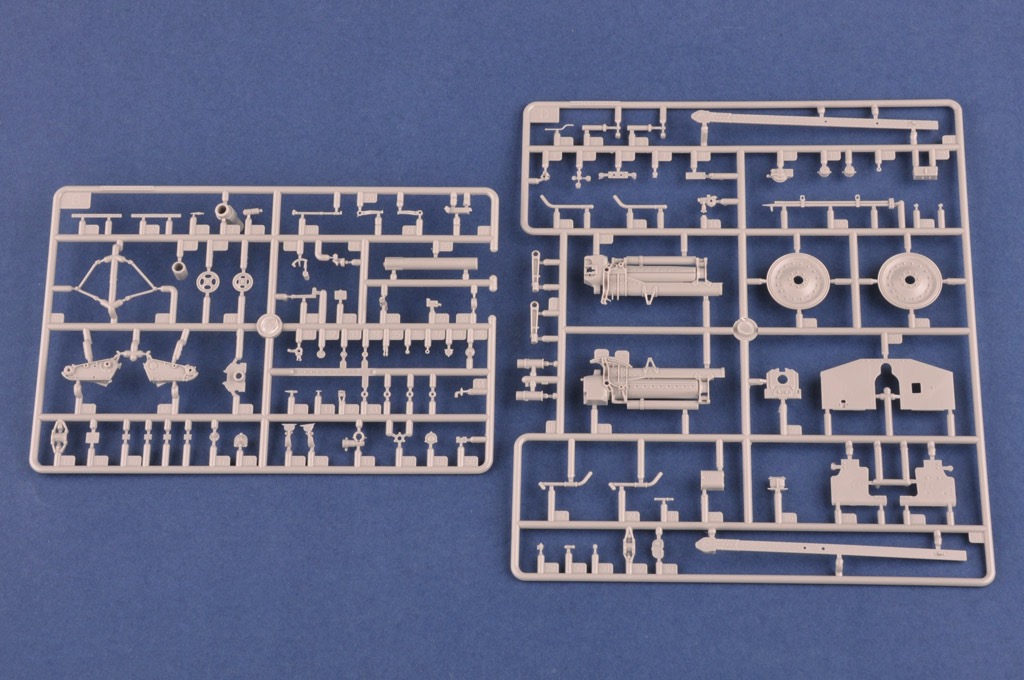 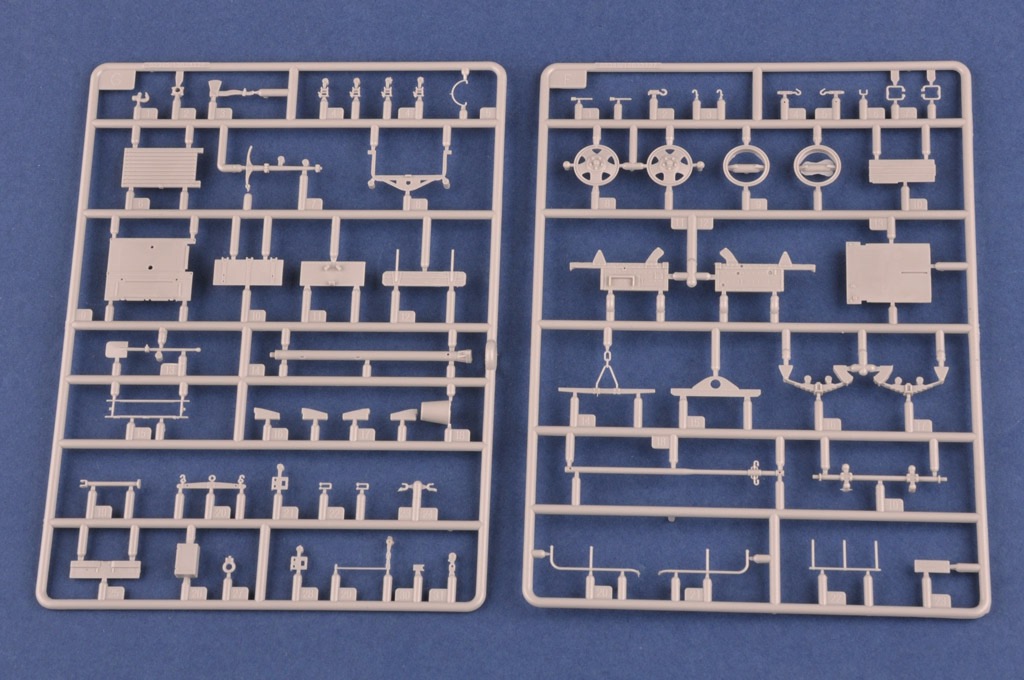 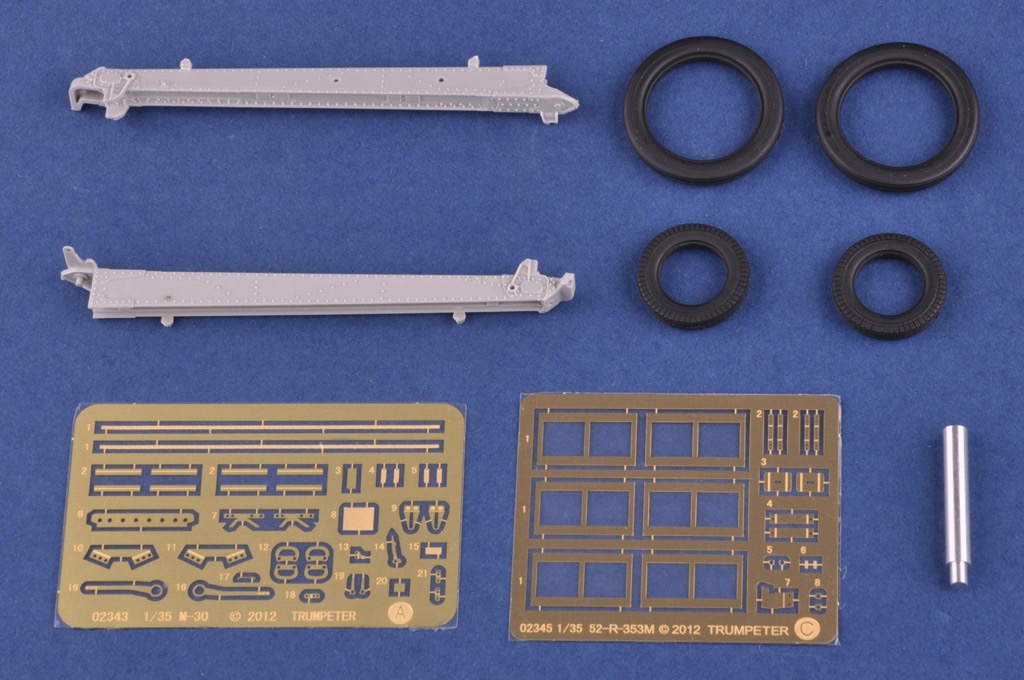 Plastic model kit of the M3A1 Command Car, an armored car in U.S. service during World War II, it was also known as the White Scout Car, after its manufacturer, the White Motor Company. It was used in various roles, including patrol, scouting, command vehicle, ambulance and gun tractor. 122 mm howitzer, the weapon was developed by the design bureau of Motovilikha Plants, headed by F. F. Petrov, in the late 1930s, and was in production from 1939 to 1955. The M-30 saw action in World War II. Kit has over 600+ parts w/refined detail, injection molded main tires w/detail, metal gun barrel, photoetch parts for engine fan etc, decals nasd markings for US Army.