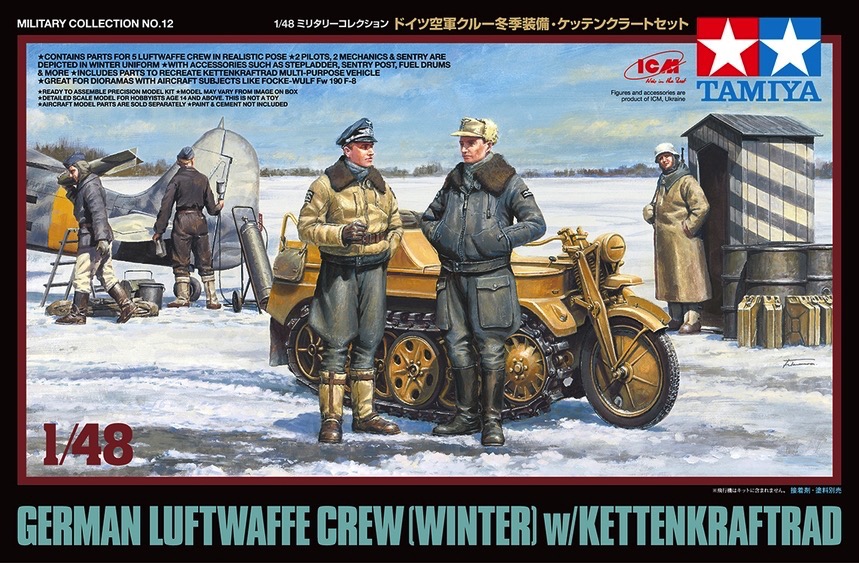 This is a figure model kit created by the Ukrainian kit maker ICM. This version takes the standard kit and powers it up by adding Tamiya accessories and instructions. The kit itself recreates crew from the Luftwaffe, the famed WWII German air arm which of course included not only pilots but also a whole range of recruits in supporting roles. They served in some harsh winter climates, necessitating warm clothes such as pilots' jackets with fur collar (often the pilot's own), and thick sheepskin overcoats for those on sentry duty. The Kettenkraftrad 3-meter half-track was something like a hybrid motorcycle with a single front wheel and used its 1.5-liter engine to tow aircraft, carry bombs and more.