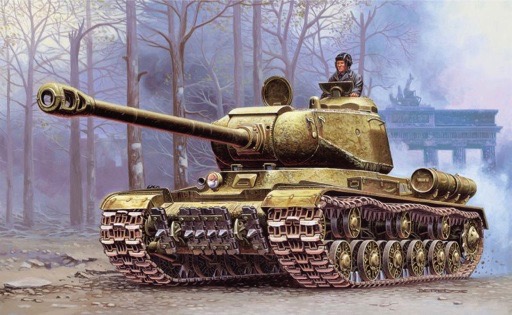 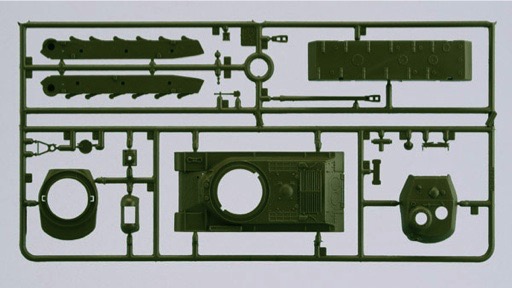 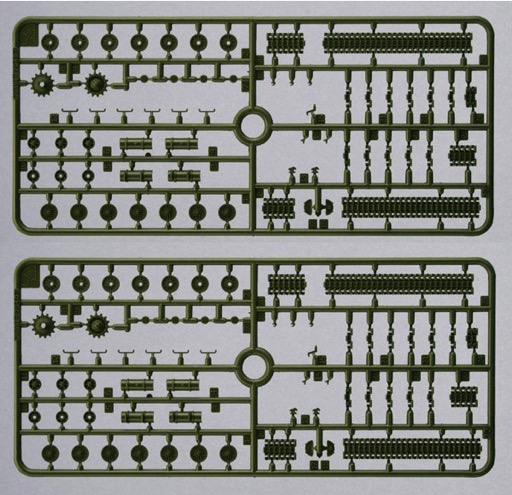 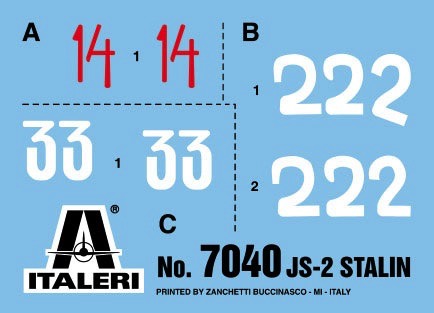 The appearance of new German heavy tanks on the Asian front - the Tiger in particular -, stimulated Soviet engineers to develop a new generation of armoured vehicles, based on the T-100 prototype. The torsion bar suspension was mounted higher in the hull, lowering the tank's height from the ground and allowing the installation of a larger turret able to hold a 100mm cannon (in the JS-1) or a 122mm cannon (in the JS-2, which appeared at the end of 1943). Production proceeded at a steady pace, and by February 1944 all the Red Army's breakthrough tank regiments were equipped with JS-2s. On the battlefield, the JS-2 showed itself to be one of the best tanks in the world, a worthy opponent of the Panther and the Tiger, but also of the much heavier Koenig Tiger.