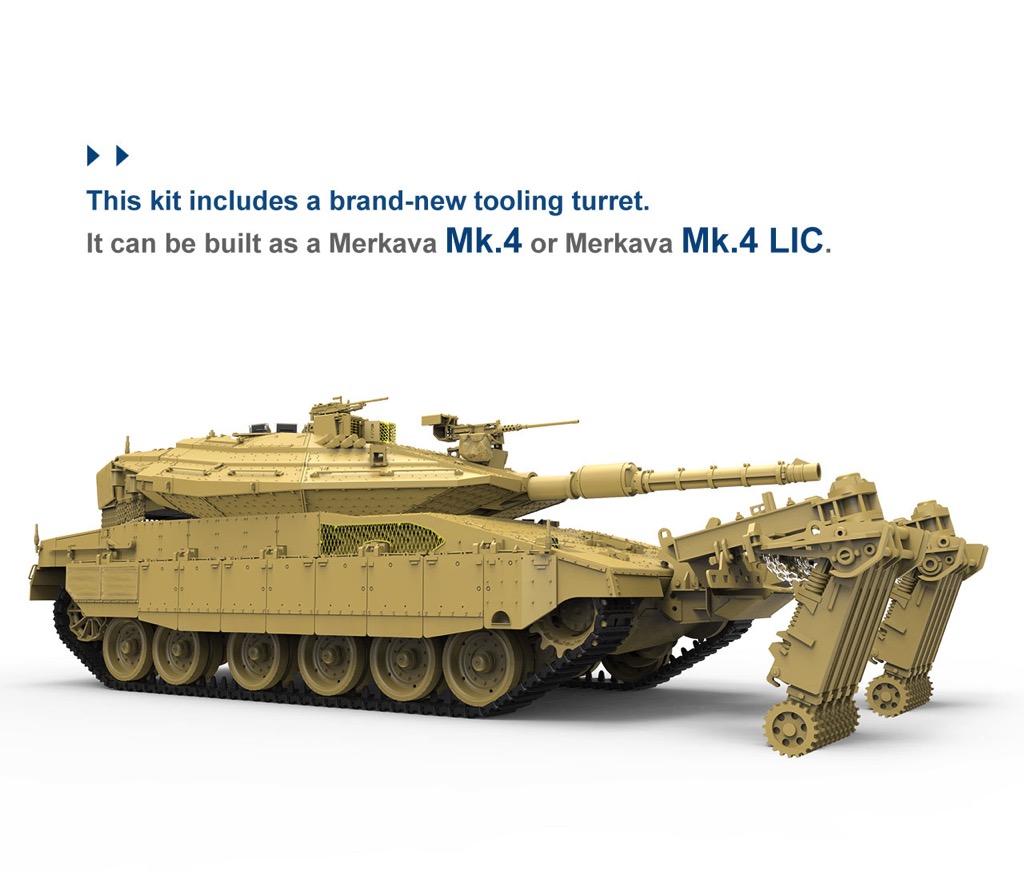 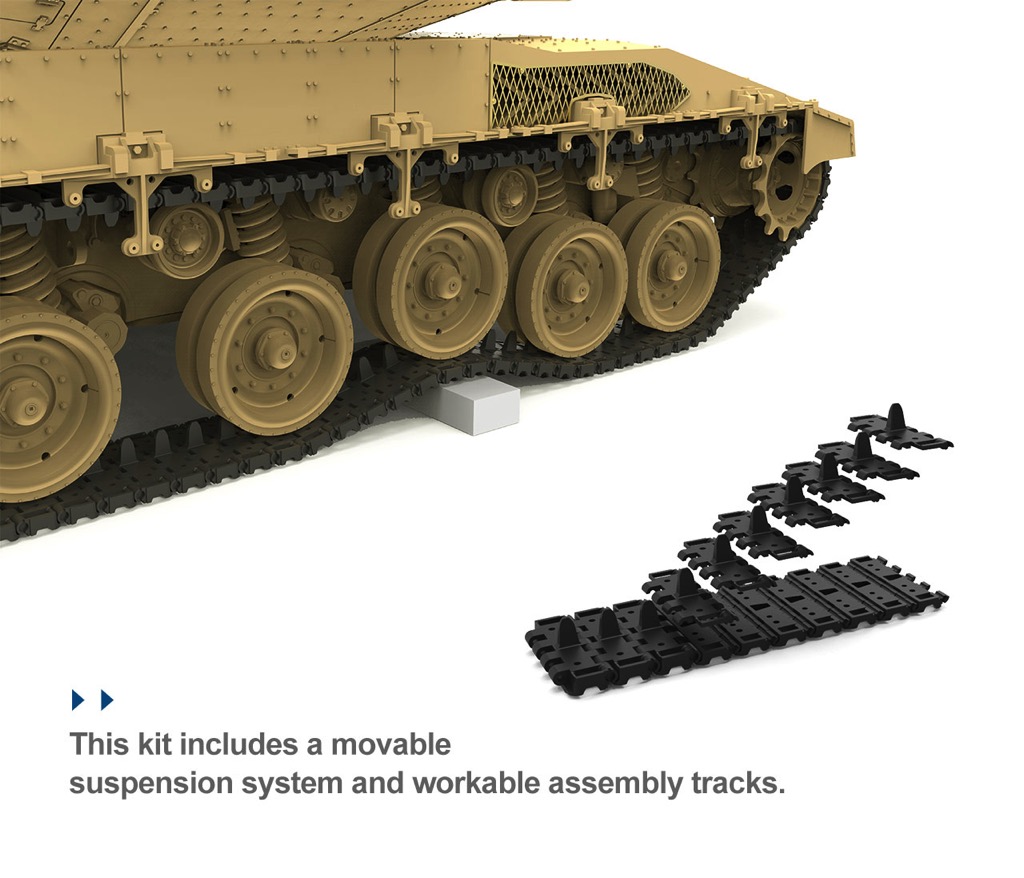 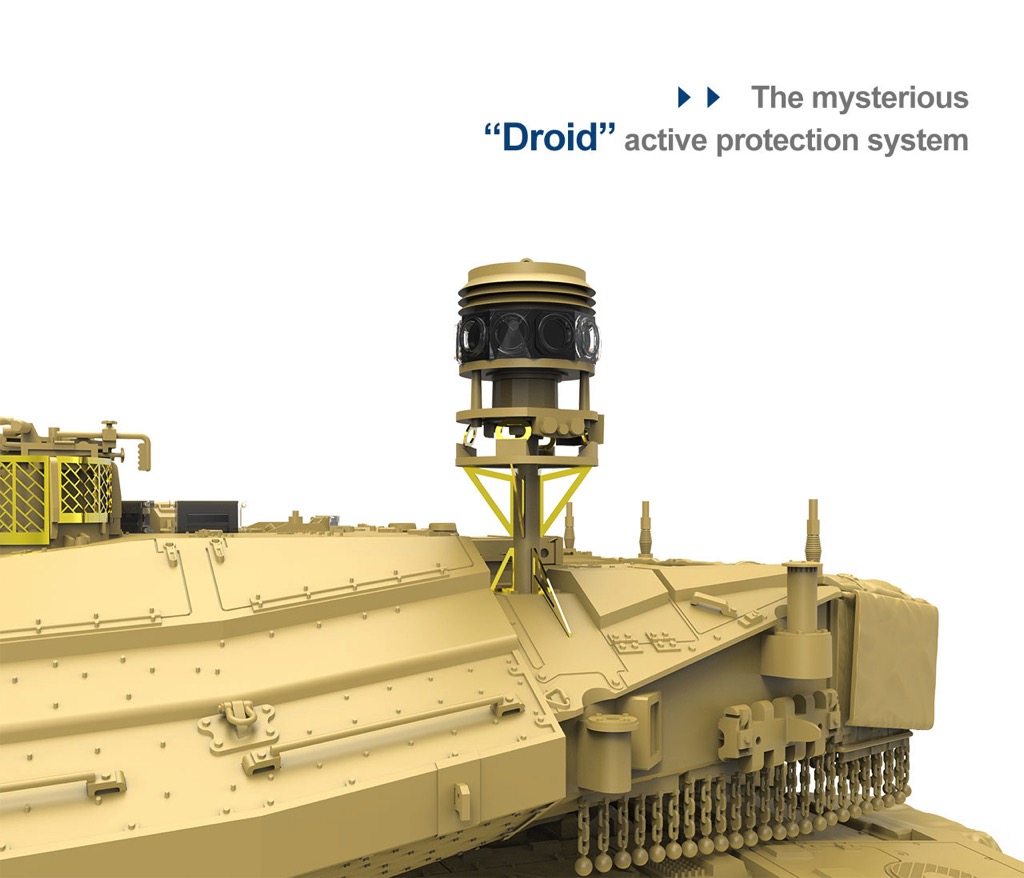 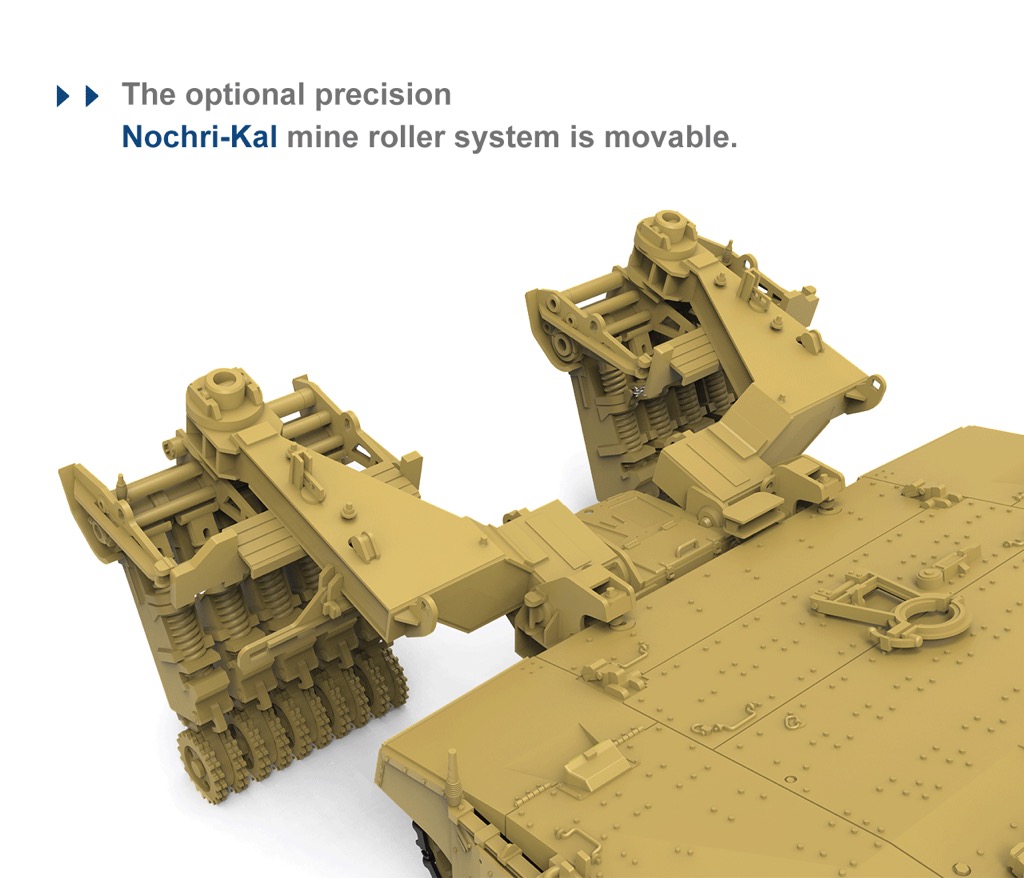 From the novelty design made under external pressure 50 years ago to the classic tank family now, the Merkava tanks have been in service with the Israeli Defense Force (IDF) for half a century. They are a typical representative of the pragmatism of the Israeli armed forces. During this long period of time, they have been both the sharpest spearhead of the Israeli armored units and the strongest shield of Jews on Mount Zion. Now, the Merkava Mk.4 not only faces enemy tanks, but also has to deal with the elusive armed personnel who are equipped with individual anti-tank weapons. In response to such threats, the Merkava Mk.4 can carry a "Droid" active protection system. Unlike the "Trophy" protection system that performs hard kills of the incoming threats, the "Droid" system doesn't directly destroy the rounds, but the system can fire laser beams to interrupt or disturb the guidance of threats so as to protect the tank from being hit.

On the 50th anniversary of the Merkava main battle tank family, MENG will release a new Merkava tank model kit, the TS-049 Israel Main Battle Tank Merkava Mk.4/4LIC w/Nochri-Kal Mine Roller System. Lt. Col. (res) Michael Mass who's the curator of the Latrun Armored Corps Museum and the Desert Eagle Publishing which is devoted to serve modellers have offered great help during the development of this model kit. Thanks to the important contribution from Mr. Mass and the Desert Eagle Publishing, the IDF model kits released by MENG have been popular among global modellers. During our cooperation in about a decade, we have been impressed by Mr. Mass' knowledge and enthusiasm of the Merkava tanks. We are very honored to have the opportunity to work with such an excellent team. In future, both parties will continue the work to release more well-studied and accurate IDF subjects for modellers.

This latest model kit features a brand-new tooling turret, a precision "Droid" active protection system and a movable Nochri-Kal mine roller system. This kit also includes a movable suspension system, workable assembly tracks, precision PE parts and parts designed by digital sculpting. The finished model will be 264mm long and 113.6mm wide, and it can be built as a Merkava Mk.4 or Merkava Mk.4 LIC.