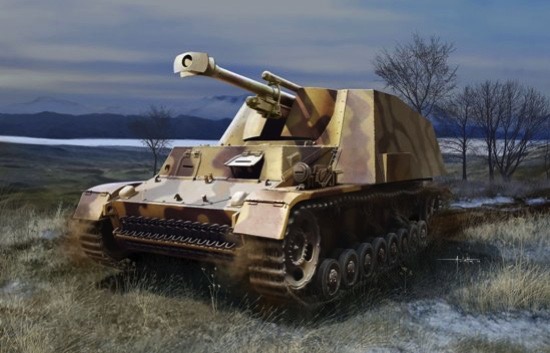 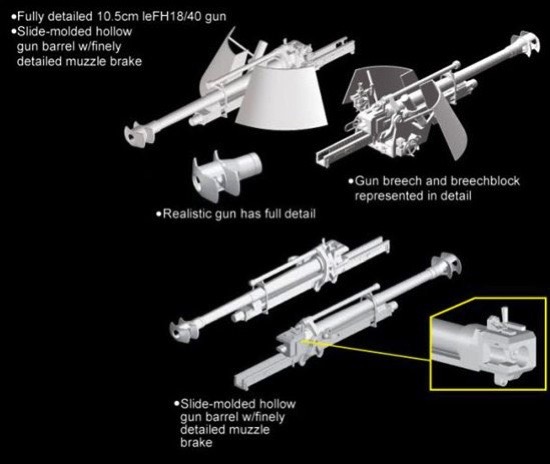 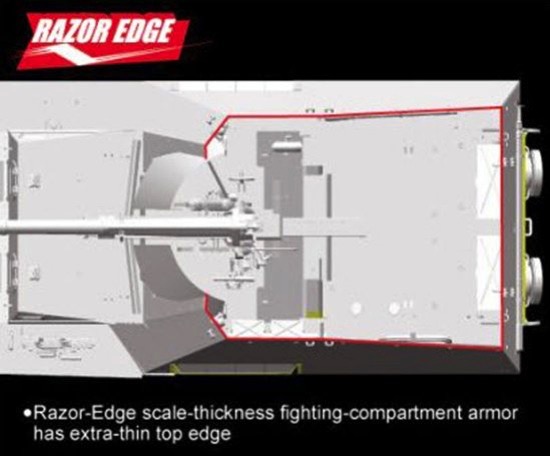 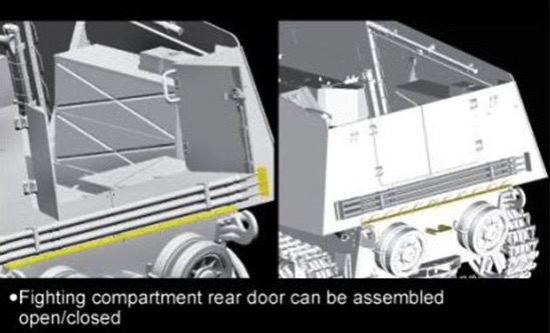 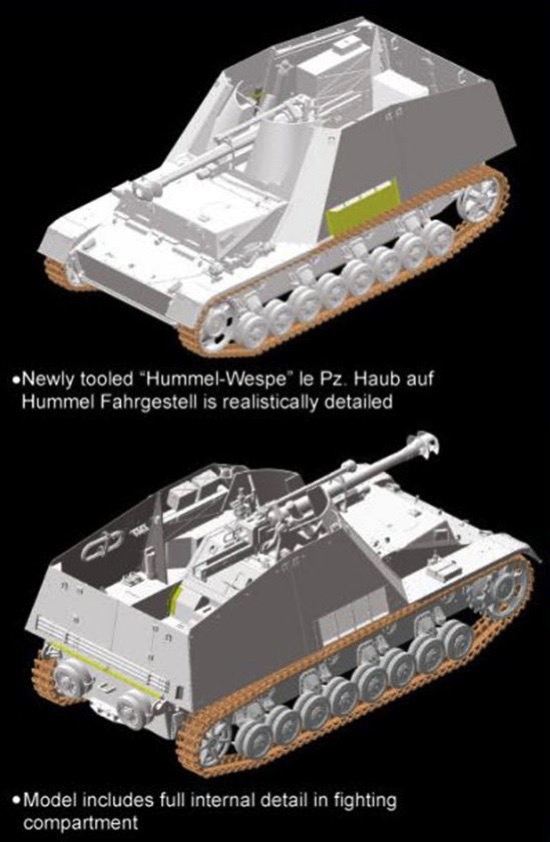 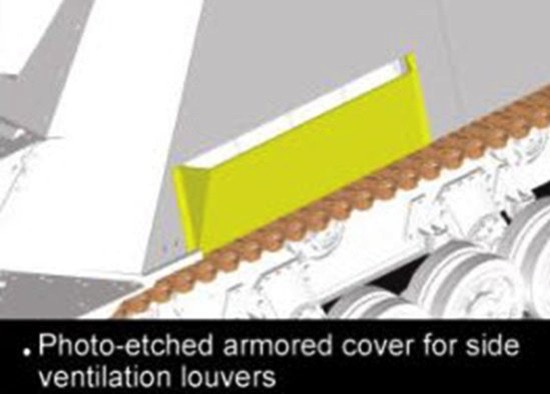 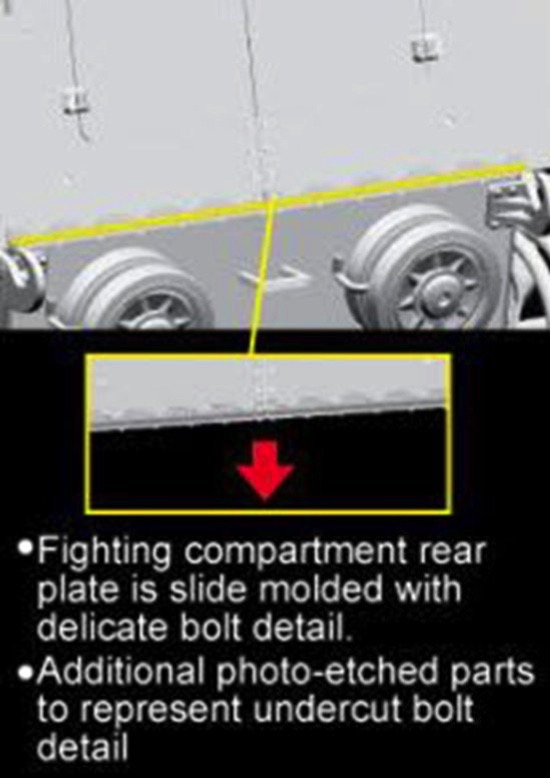 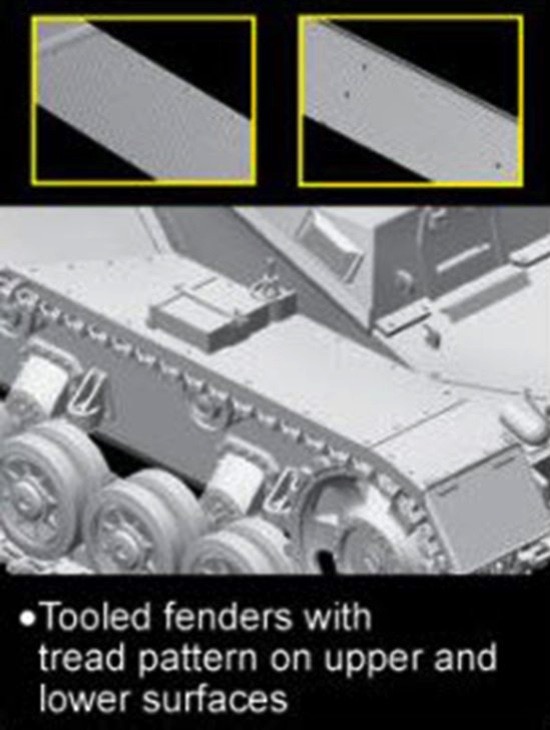 Features: 'Bumble Bee' might seem an unusual nickname for a self-propelled howitzer, but that is what the Germans initially called their 15cm sFH 18 L/30 howitzer mounted on a Panzer IV chassis. The Sd.Kfz.165 Hummel, of which 714 were produced from late 1942 onwards, was created because of an urgent need for artillery that could keep pace with Germany's panzers during WWII. Interestingly, the prototype of the Hummel was originally fitted with a 10.5cm leFH18 gun, the weapon that eventually found its way onto the Wespe that was based on the Panzer II chassis. Dragon's newest 1/35 scale kit shows this "Hummel-Wespe" le Pz. Haub auf Hummel Fahrgestell armed with the 10.5cm howitzer.

Dragon has produced the standard Hummel before, but this kit has the smaller gun. Stil based on Dragon's phenomenally detailed Panzer IV chassis and hull, this new 1/35 scale kit includes a retooled fighting compartment that had a unique arrangement due to the smaller size of the 105mm artillery rounds. The ammo storage racks are also new. Also newly tooled is the gun shield. , since it isn't the normal one associated with the leFH18 howitzer. The armor plates of the fighting compartment have been made using Dragon's 'Razor Edge' technique to give a true-to-scale appearance. In this special fighting-vehicle kit, Dragon offers something unique and something different from the norm - a Hummel-Wespe hybrid!