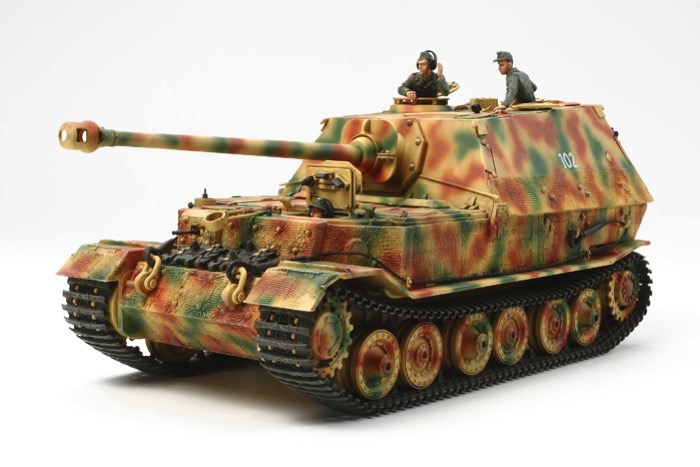 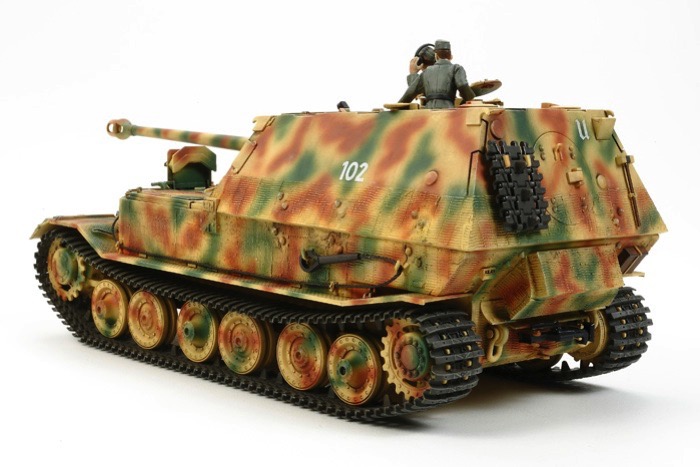 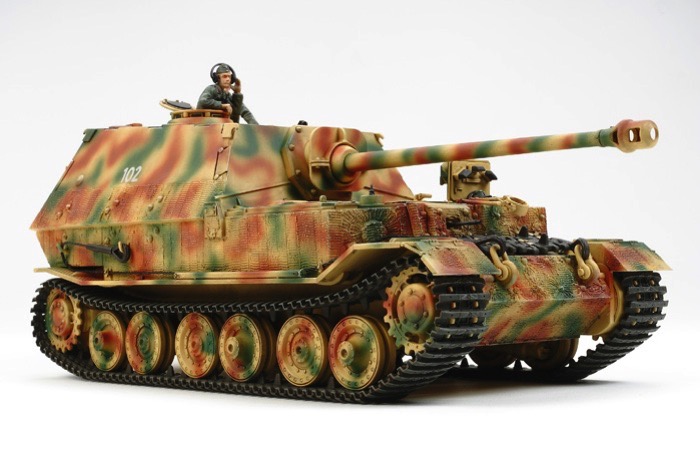 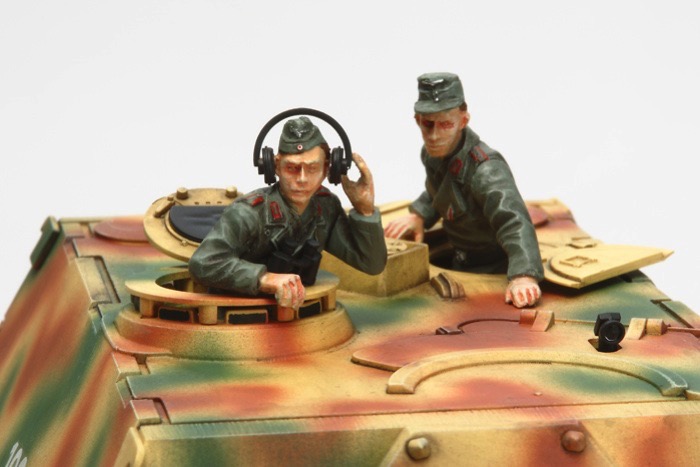 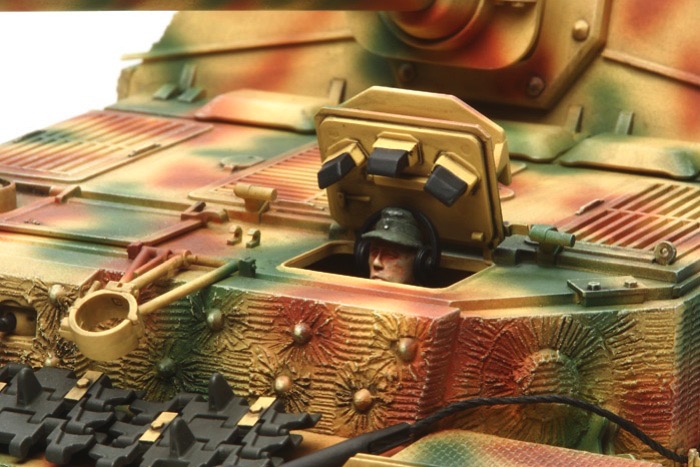 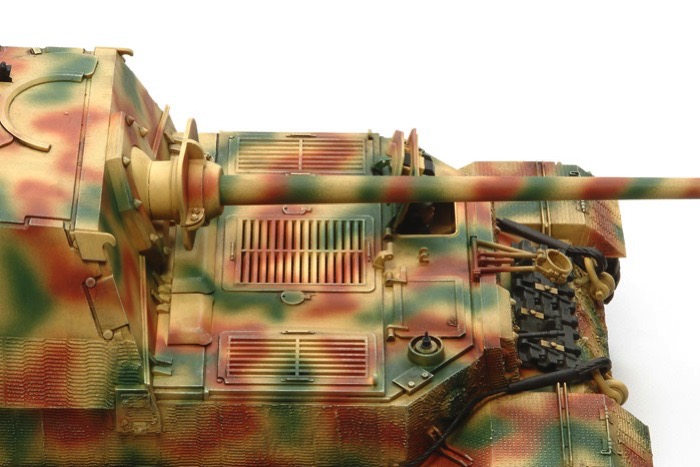 This is a 1/35 scale assembly model of the German Heavy Tank Destroyer Elephant. Extensive research was conducted by Tamiya's designers to bring the modeling world the most accurate rendition to date.

Historical background
In 1941, Porsche created a prototype tank which incorporated radical features including a gasoline-electric hybrid powertrain. In 1943, the tank was transformed into the Ferdinand tank destroyer armed with an 8.8cm PaK 43 L/71 gun housed in a large box-shaped superstructure and 90 units were produced. During the Battle of Kursk, they demonstrated superior anti-armor capability to knock out T-34 and KV-1 tanks at long range, but their slow speed and unreliability resulted in many being immobilized by mechanical troubles. In 1944, 50 surviving Ferdinands were given modifications, including the addition of a machine gun, a commander's cupola, and were re-designated with the name Elefant. The Elefant saw combat on the Italian and Russian fronts, and some fought until the very end of WWII during the Battle of Berlin.