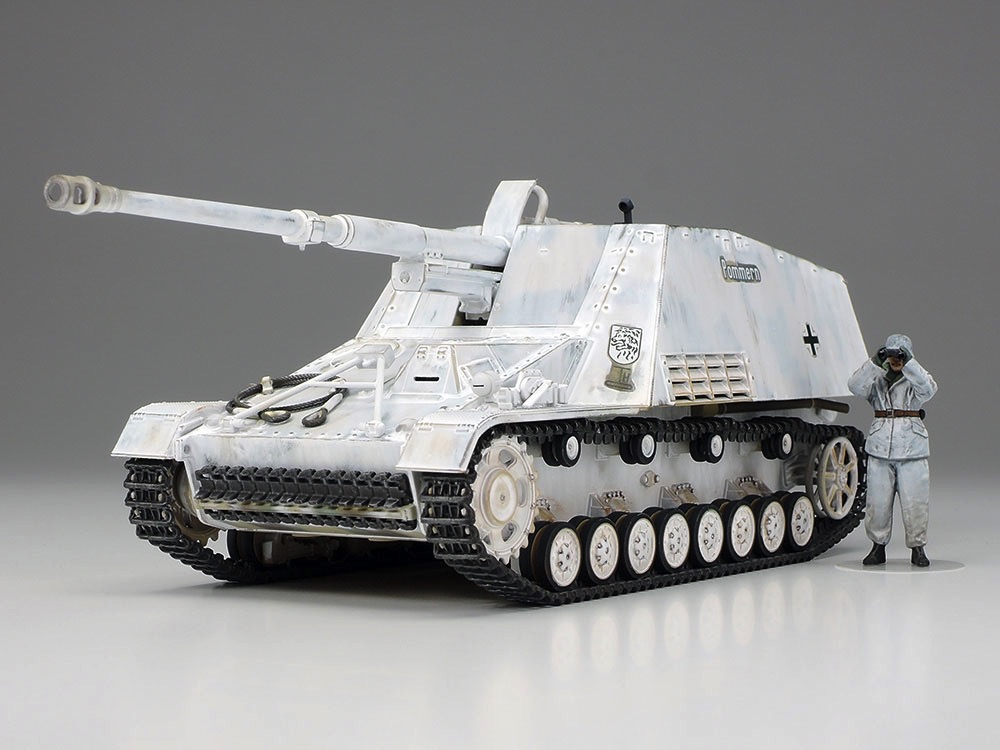 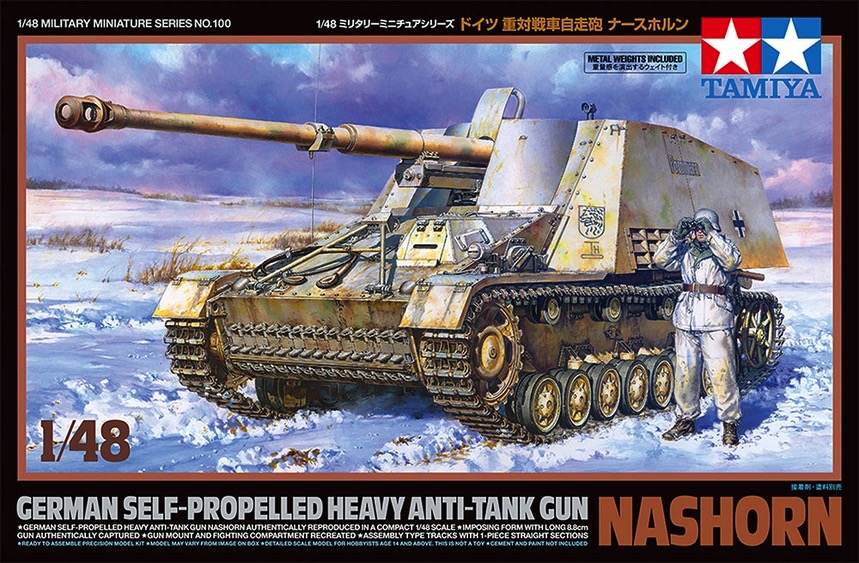 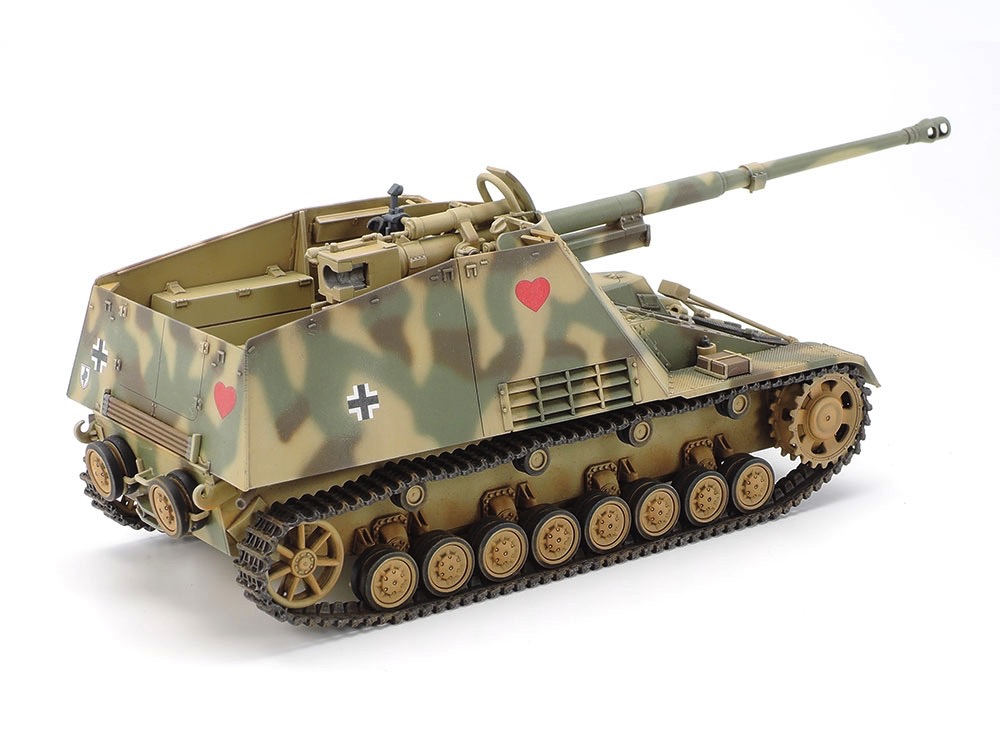 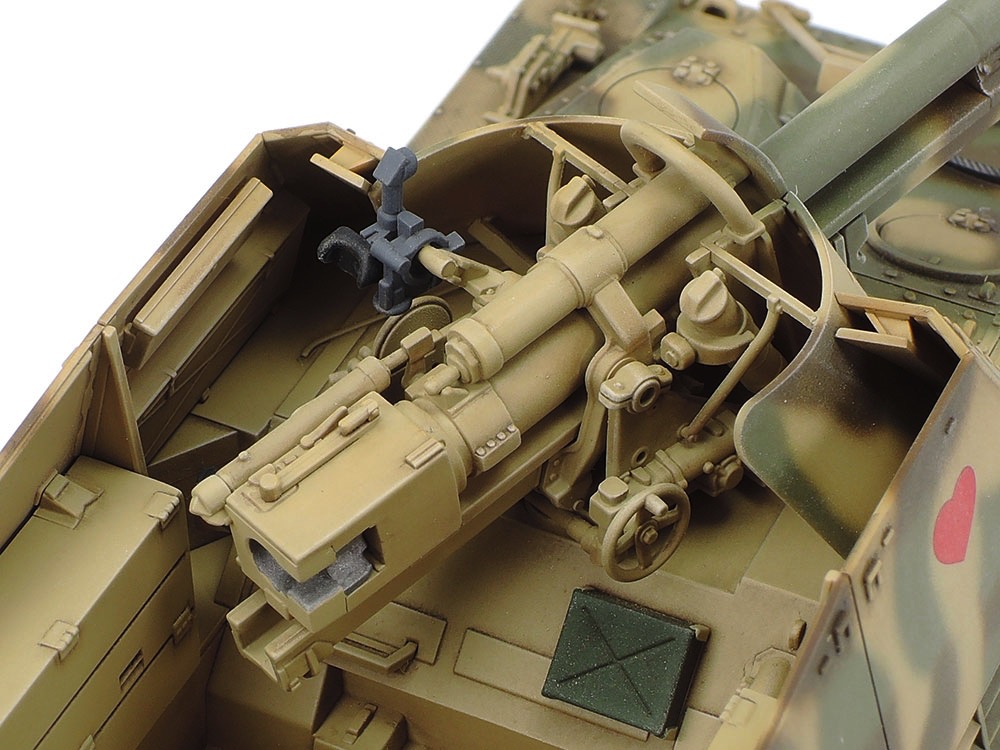 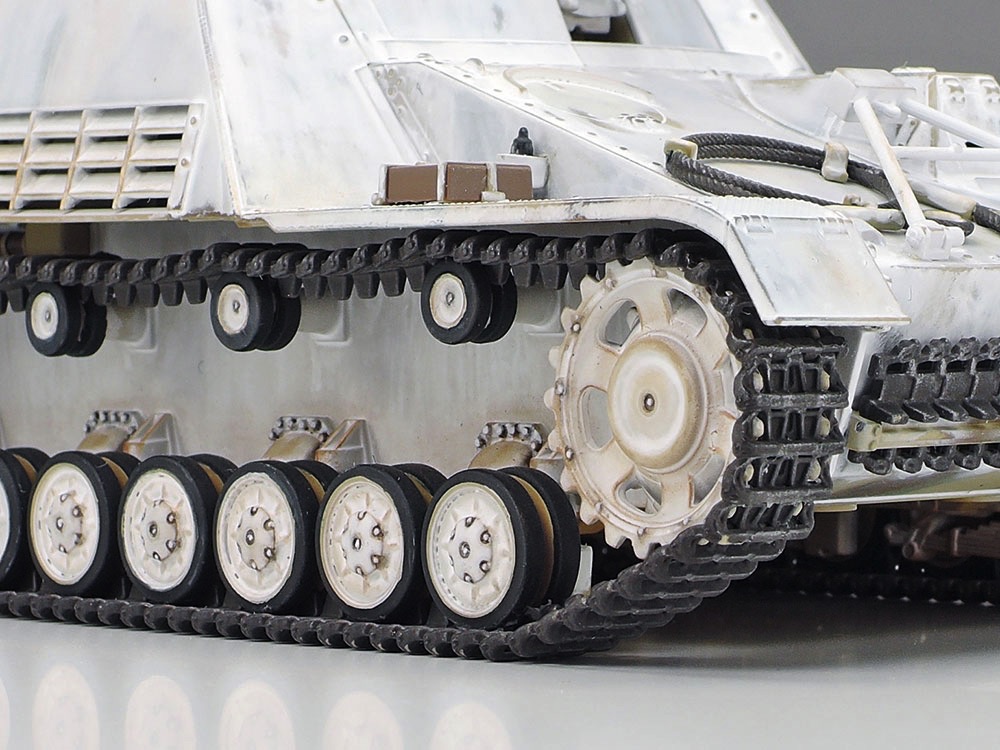 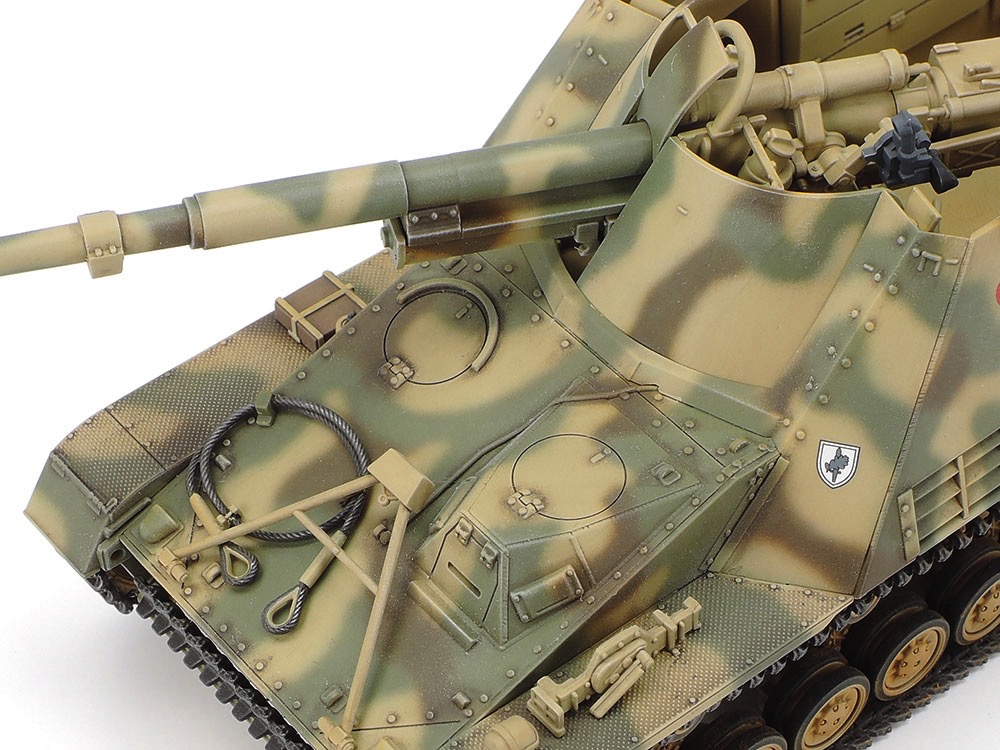 This is a highly detailed model of the WWII German tank destroyer Nashorn. The German Army developed self-propelled anti-tank guns in order to counter the overpowering Russian T-34 and KV tanks, and the Nashorn had particularly overwhelming power among the many anti-tank guns produced. The production started in February 1943, and the Nashorn sported an L/71 8.8cm Pak43/1 gun which was capable of penetrating armor from a long distance. At the Italian Front, the Nashorn knocked out an M4 Sherman at 2.8 kilometers, and its excellent firepower was indispensable to the German forces until the end of WWII.