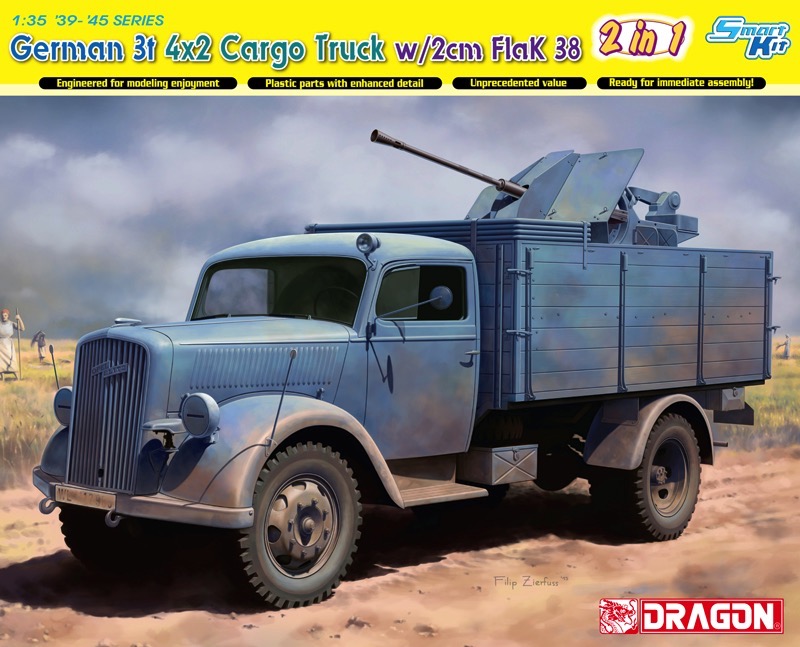 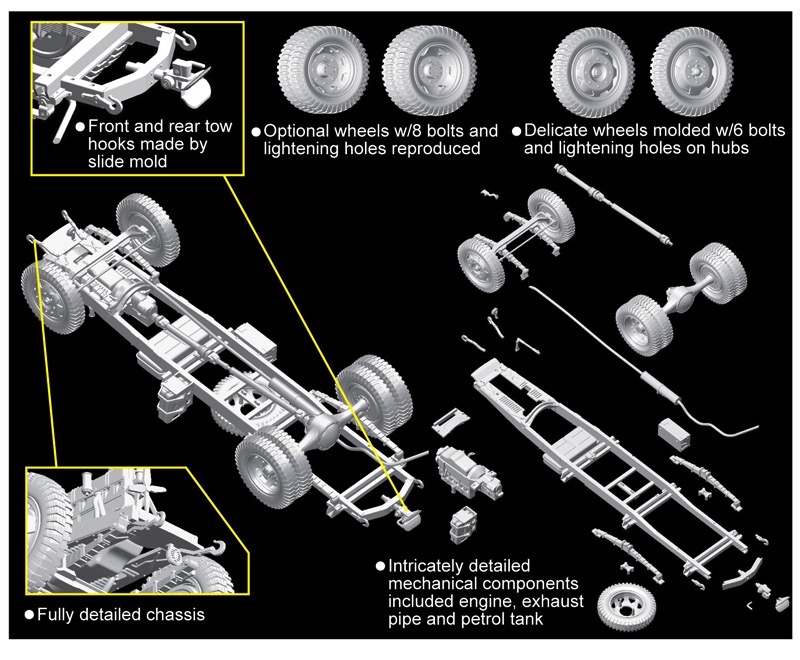 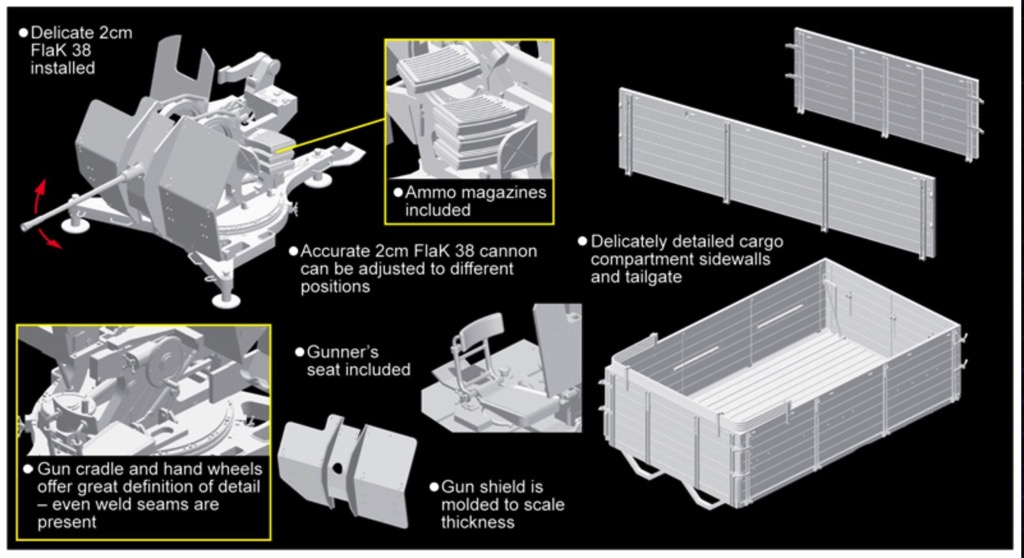 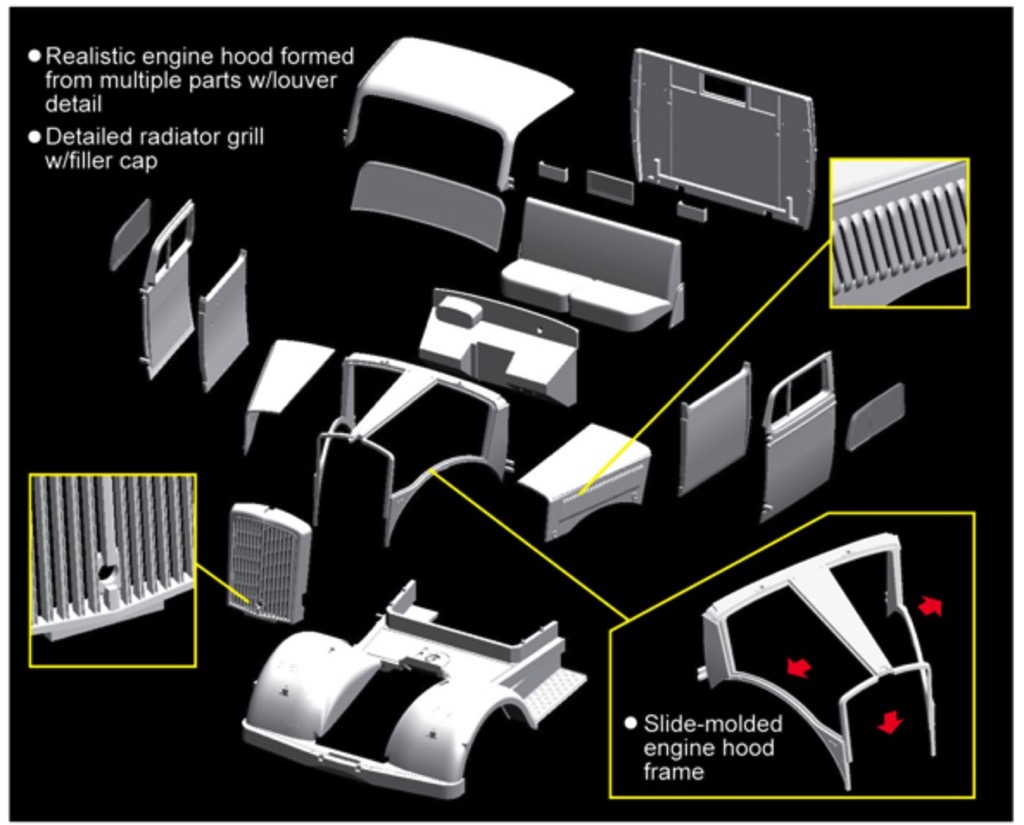 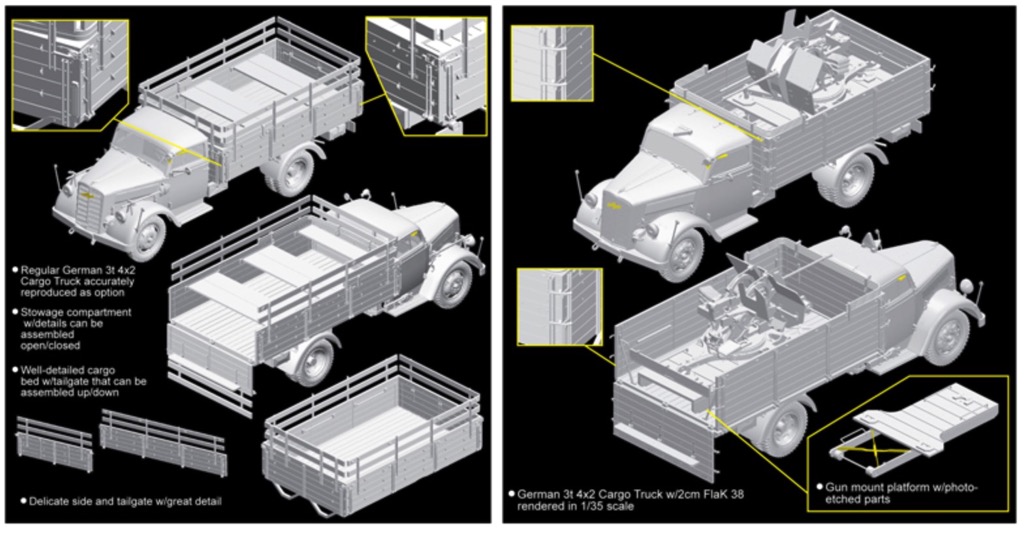 Dragon is releasing a useful new 1/35 scale kit of a famous German truck of the WWII era. By 1944, more than 130,000 of these 3t 4x2 truck platforms had been manufactured in Germany. The truck type was widely used by the Wehrmacht and other units throughout the war, and the tracked Maultier version was even produced to help deal with the harsh road conditions prevalent on the Eastern Front. They were utilized in various ways, one of which was to mount light anti-aircraft cannons that could be used against either aerial or ground targets.

Dragon has done a remarkable job in developing this 1/35 scale kit of the 3t 4x2 truck. It's made even more attractive by the fact that it's a 2-in-1 kit, with modelers having the option of assembling a regular cargo truck, or one mounting a 2cm FlaK 38 cannon in the rear cargo bed. All the parts for this antiaircraft cannon are included in the box, and the weapon can be adjusted to depict different firing positions. Further options come from the fact that the cab doors, engine hoods and tailgate can be assembled open. There is even a fully detailed engine as well. This was a popular truck in German service, and this kit will be just as much in demand thanks to its versatility and accuracy.