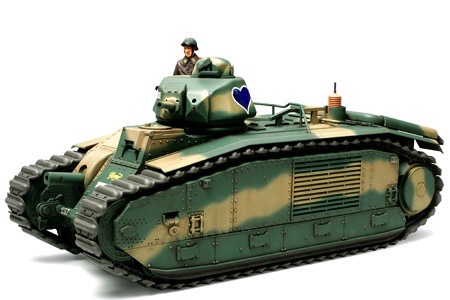 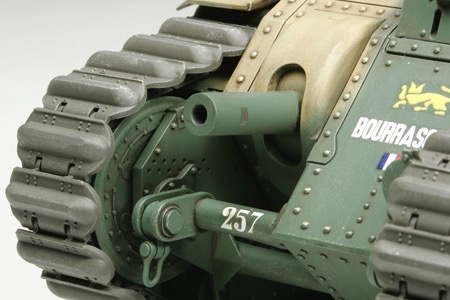 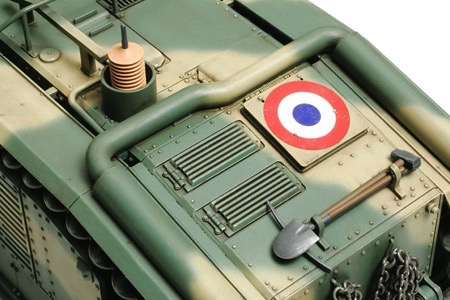 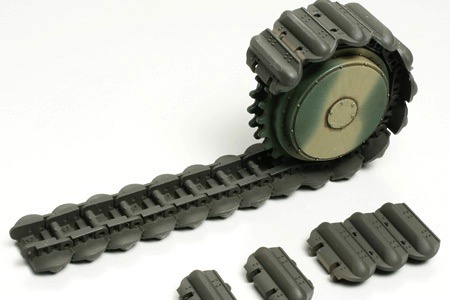 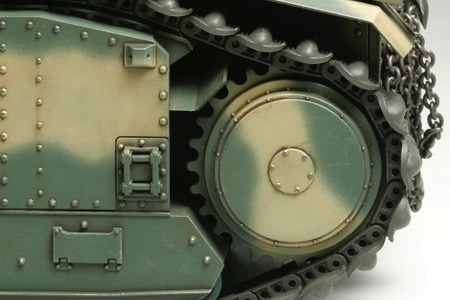 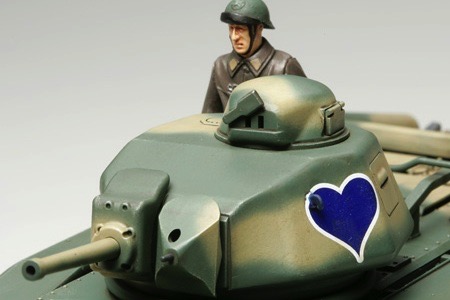 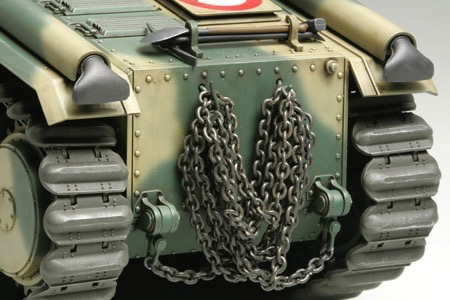 About the French Battle Tank B1 bis
Never before modeled as 1/35 plastic injection kit by any maker, the unique and distinctively shaped French B1 bis tank is now available from Tamiya's 1/35 MM Series! Featuring small, one-man turret and large tracks going around the entire hull the B1 bis tank's design evokes that of an earlier era, promising a fascinating and enjoyable modeling experience.

In order to deal with the increasingly tense situation leading up to the outbreak of WWII, a decision was made to modify and improve the existing B1 tank, giving rise to the B1 bis. Distinctive features included the large 75mm gun turret and strengthened front armor. The engine was also upgraded to bring the tank up to contemporary standards. The French government tasked individual suppliers with producing key parts, which caused problems and greatly reduced the number of tanks that were built. Although these and other strategic failures inhibited the B1 bis tank's ability on the battlefield, it was greatly feared by German soldiers who encountered it. Featuring strong firepower and defense, the B1 bis could more that hold its own against the tanks of the Wehrmacht during individual combat.

Excerpt from kit included article
B1 bis tank at Stonne
On May 15, 1940, the German invasion of France was in its 5th day. This story takes place at the town of Stonne, in northeastern France, south of Sedan, and involves a clash between units of the Grossdeutschland Regiment and B1 bis tanks from the French 3rd Armored Division. Lieutenant Beck Broichisitter of the 14th Anti-Tank Battery, who was there that day, directly experienced the fierce French counterattack.

With enemy gunfire erupting from all sides, conditions in the German lines turned to chaos. Grenadiers from various companies had been left scattered and leaderless, with disabled and destroyed vehicles littering the area along the village street. Still the attack did not let up, and soon 6 B1 bis tanks, accompanied by numerous infantry, bore down on the German lines. Hurrying the 37mm anti-tank guns into position, commanders issued orders to fire, but the powerfully armored French tanks were very difficult to stop...

Buy the kit and read the rest of the article!