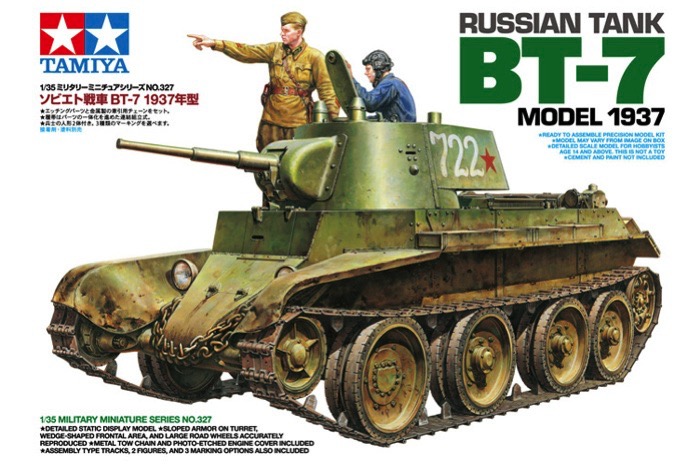 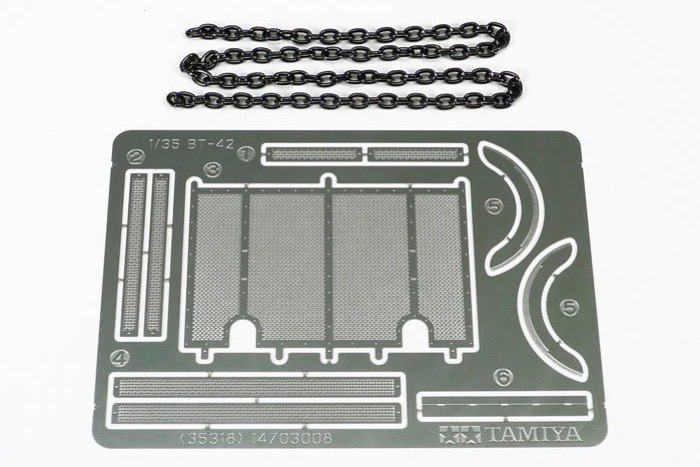 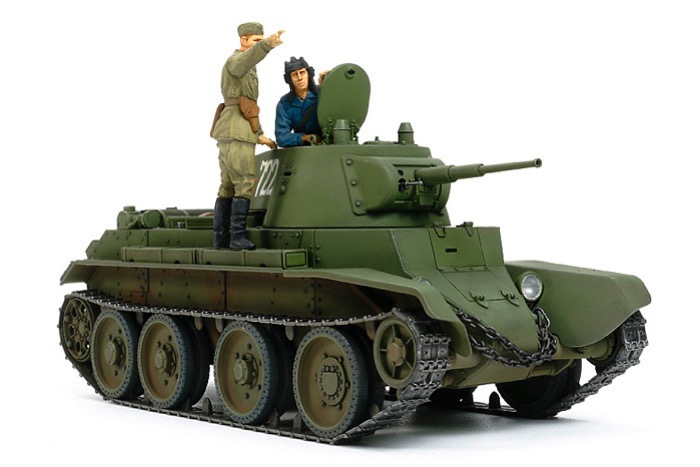 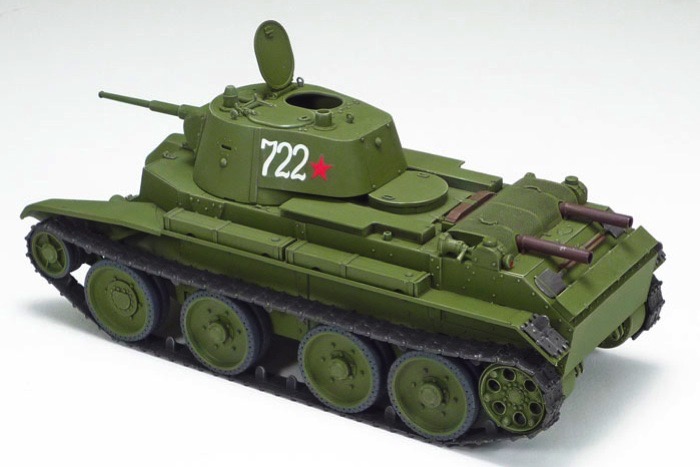 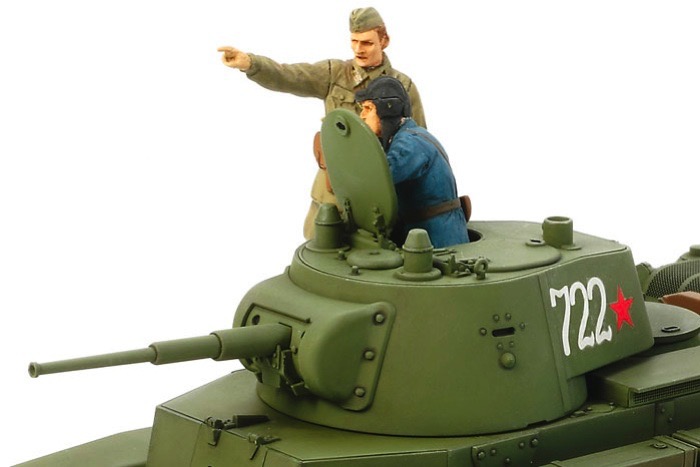 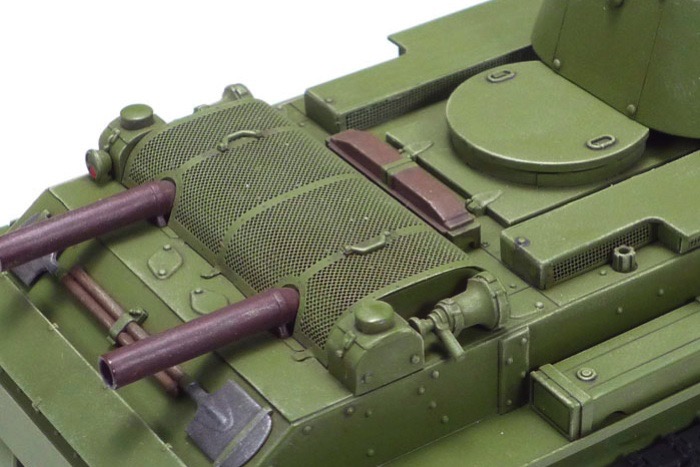 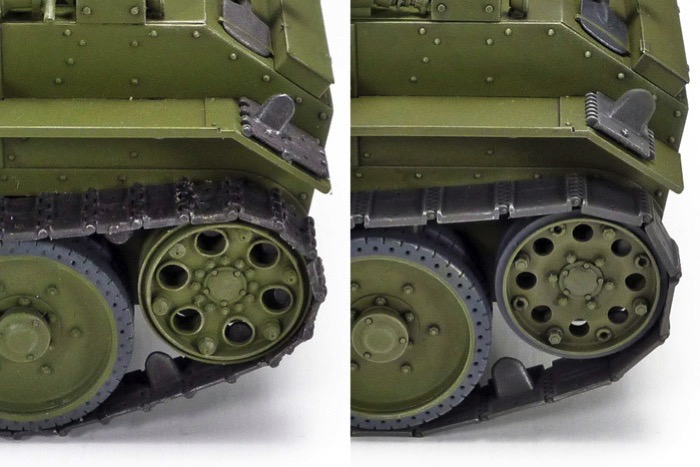 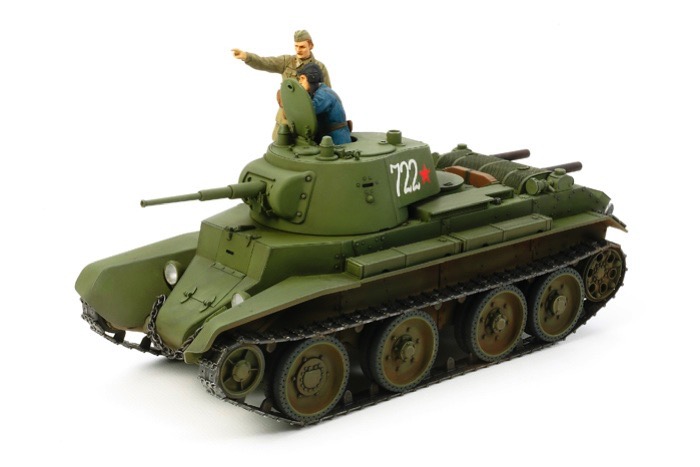 The BT-7 was a Russian tank that began production in 1935. It incorporated some design features from tanks developed by American engineer Walter Christie. "BT" stood for "Bystrokhodny Tank (Fast Tank)" and the tank featured excellent maneuverability. Equipped with a 47mm main gun, it was one of the better-armed tanks of that period and it also had sloped frontal armor. The 1937 model's turret also featured sloped armor, a feature that would make its way into later tanks such as the T-34. The Tamiya 1/35 scale model captures all of the details of this WWII era tank as extensive research was undertaken to bring the most accurate version to the modeling world. Specs and Features 1/35 scale plastic model assembly kit. The unique wedge-shaped frontal area and large road wheels have been accurately reproduced from extensive research. Distinctive turret shape of the 1937 model has been faithfully rendered. Mechanically complicated suspension is detailed and easy to assemble. Assembly type tracks feature one-piece straight sections. Photo-etched parts for engine cover and radiator included. Clear parts for headlight lenses and vision block as well as metal tow chain are included. Officer and commander figures included. Comes with 3 marking options.