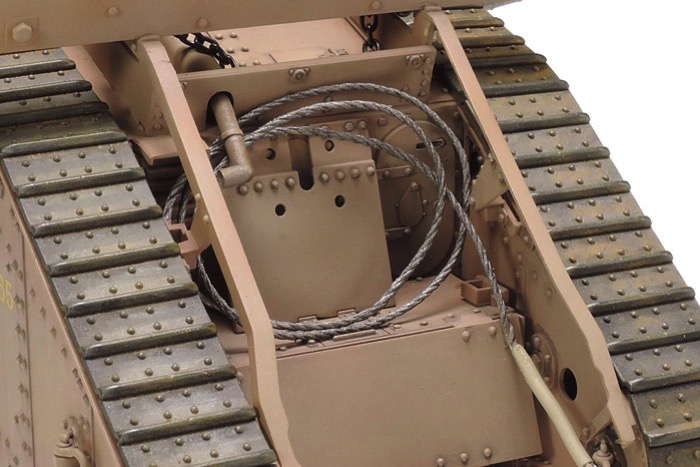 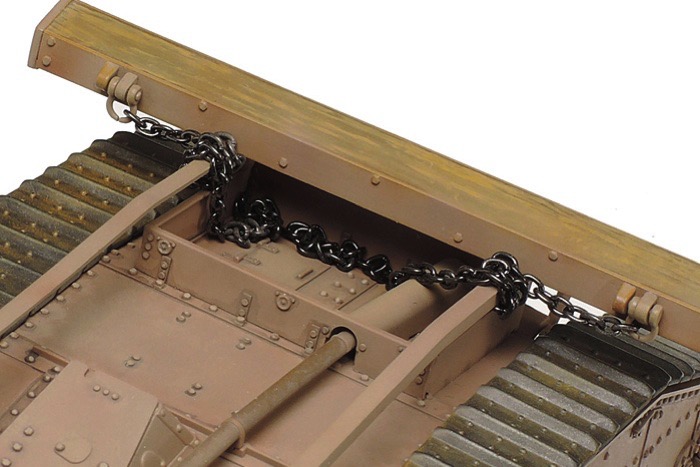 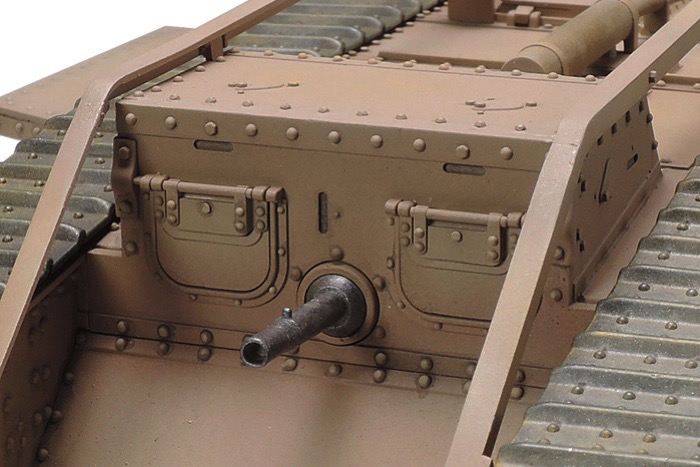 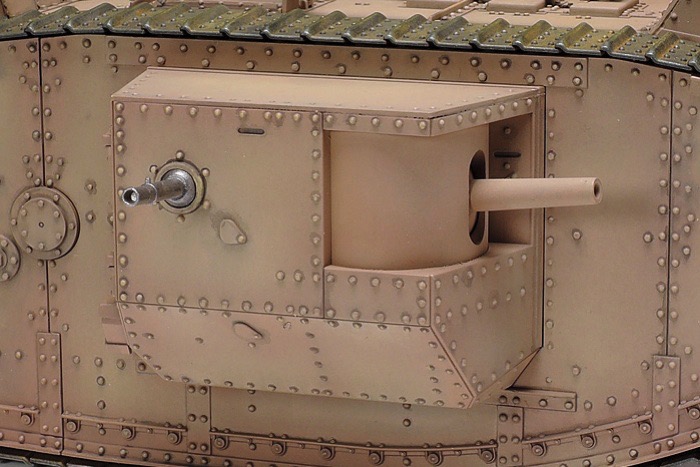 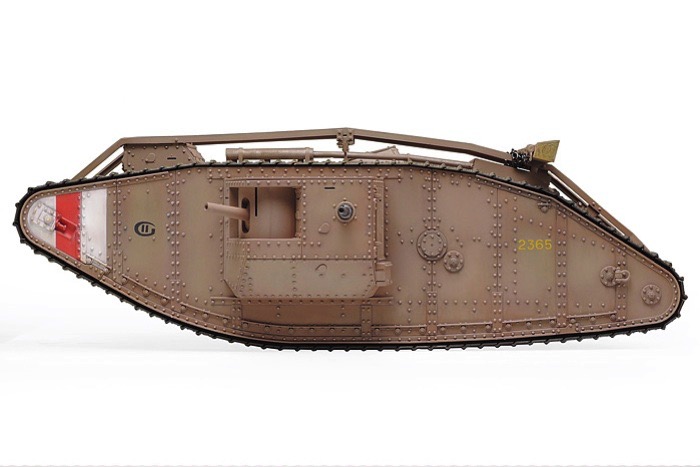 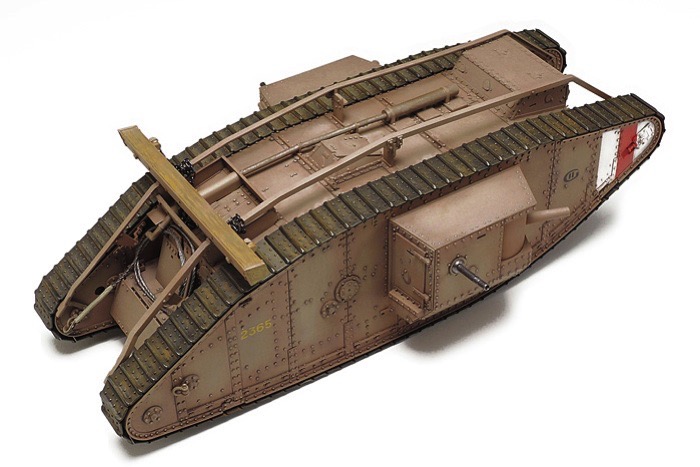 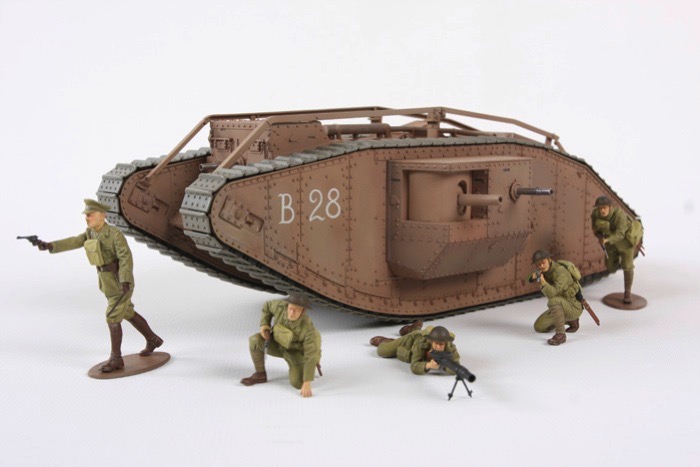 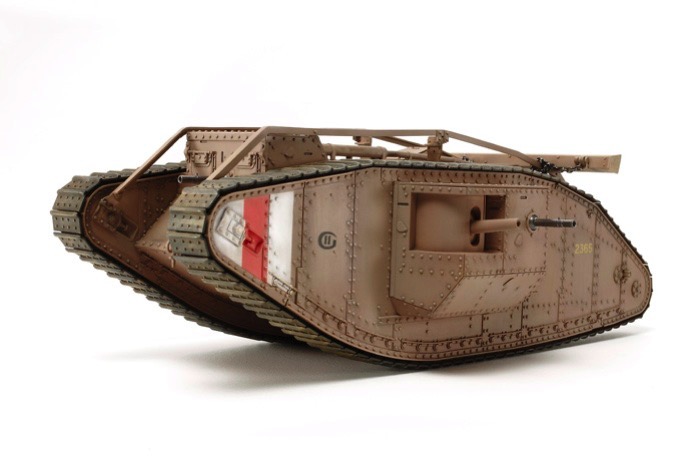 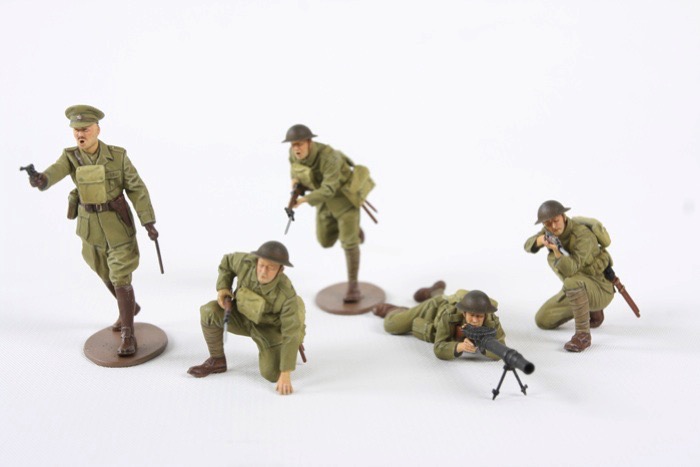 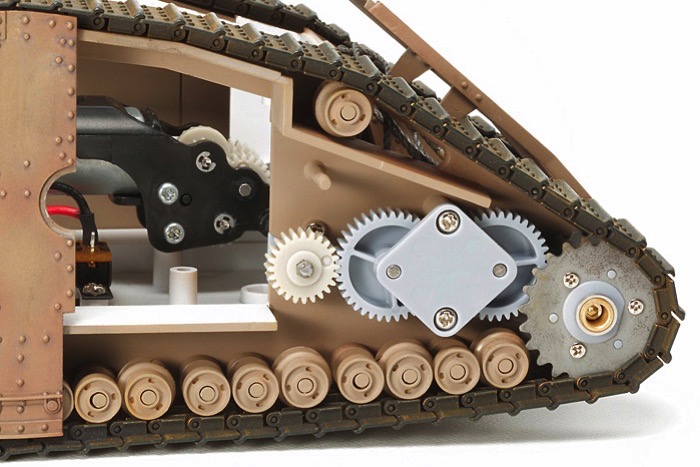 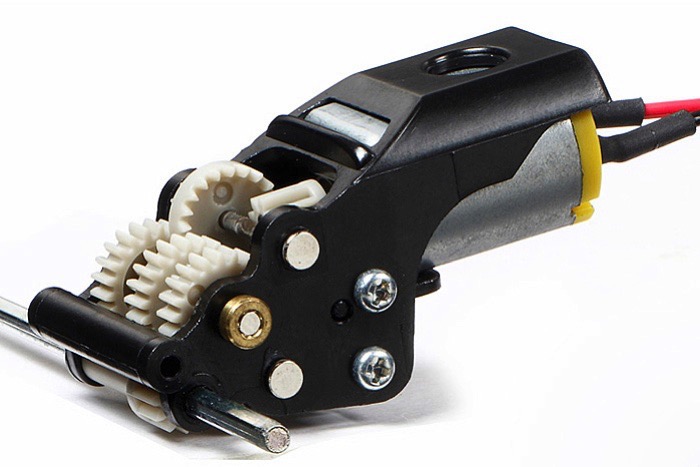 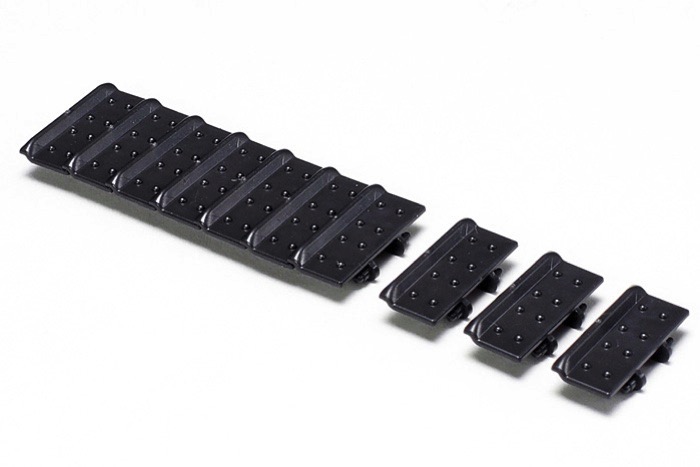 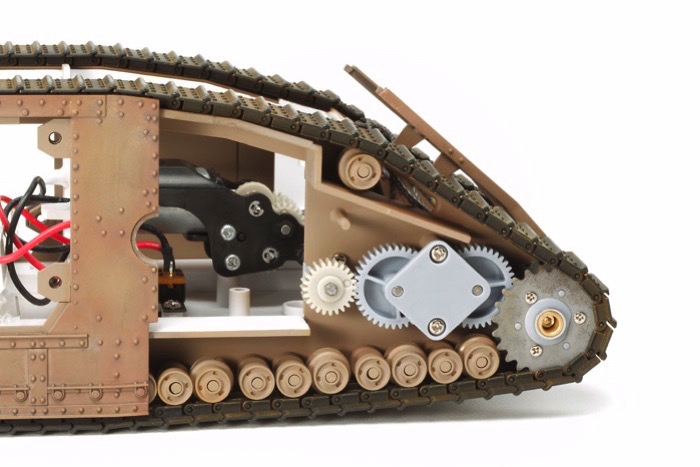 This is Tamiya's very first model of a WWI tank subject. This release celebrates the 100th anniversary of the outbreak of hostilities in what was then known as the Great War. The tanks which appeared in the conflict were the first ever seen on the battlefield, and were the forerunners of a whole line of military vehicles which is still being developed further today. The Mk.IV tank was a successor to the Mk.I, which was drawn up by British designers in attempt to break the stalemate of trench warfare experienced on the Western Front; the rhombus-shaped hull was designed to aid in crossing the extensive network of trenches.

The Mk.I, first thrown into live action in September 1916 during the Battle of the Somme, had "male" (fitted with 57mm, 6-pound guns) and "female" (fitted only with machine guns) versions. Around 1,000 Mk.IV tanks were manufactured after 1917, and they inherited their shape and male/female weaponry and classifications from the Mk.I, but with significantly upgraded armor. Around 400 were used massively in the November 1917 Battle of Cambrai to great effect, and with the world accepting the new vehicle's potential the maiden tank vs. tank battle was not far behind: in 1918, the Mk.IV faced off against its German counterpart the AV7.

The Tamiya model is highly accurate as extensive study of the tank was conducted at the Tank Museum in Bovington, England.