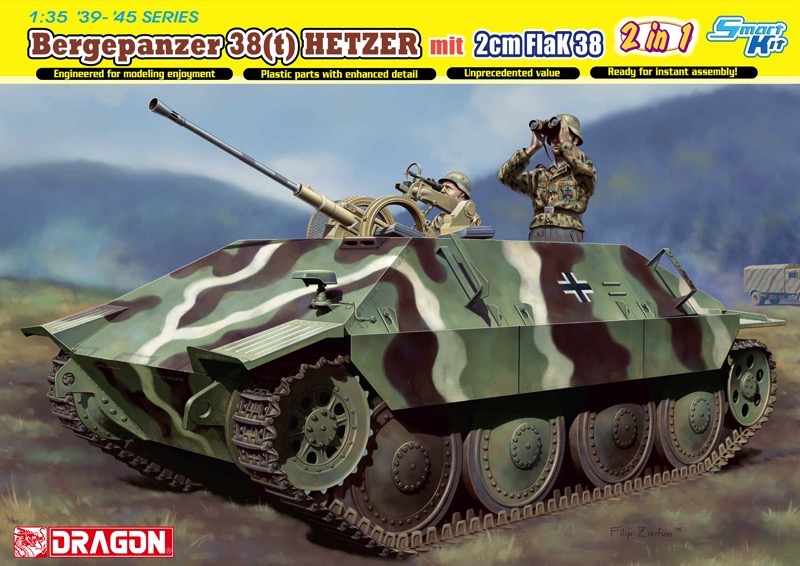 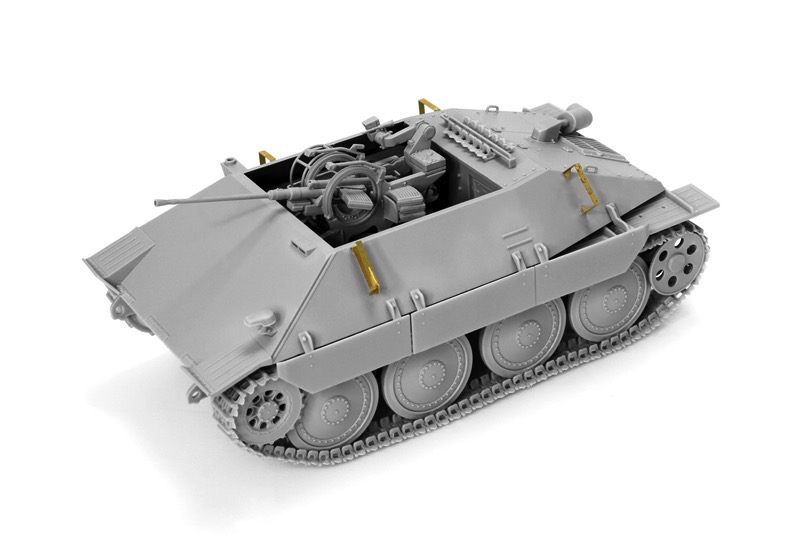 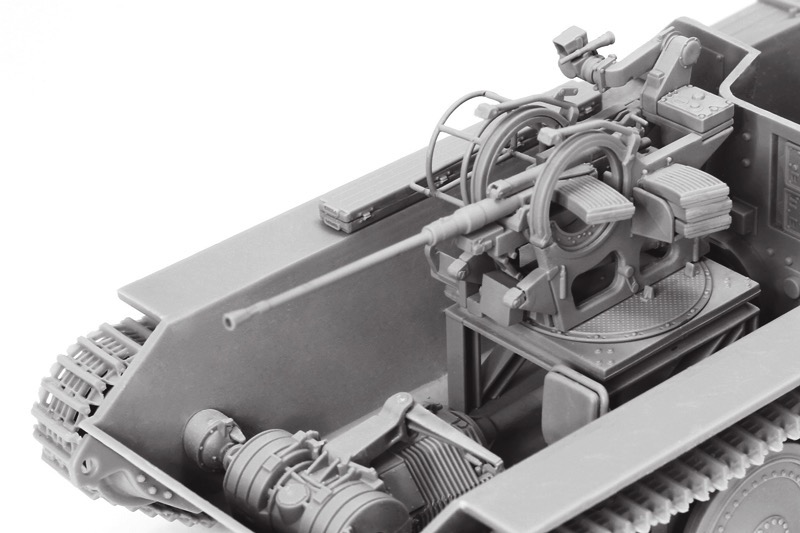 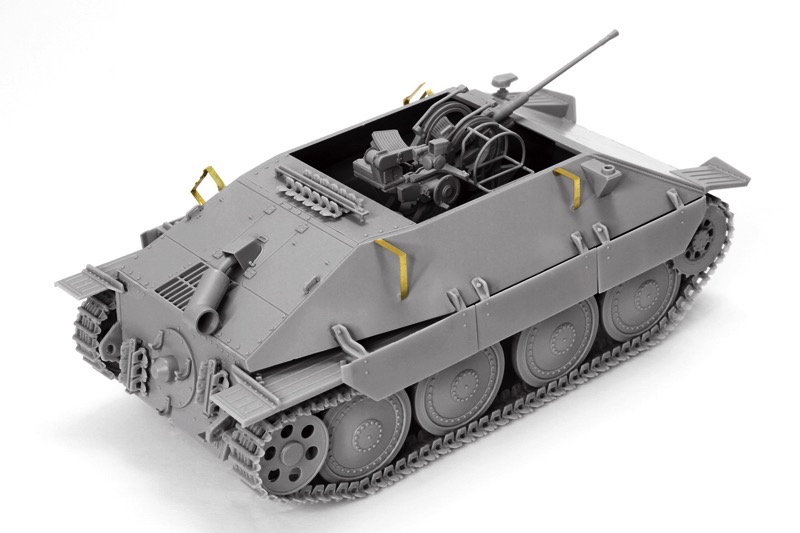 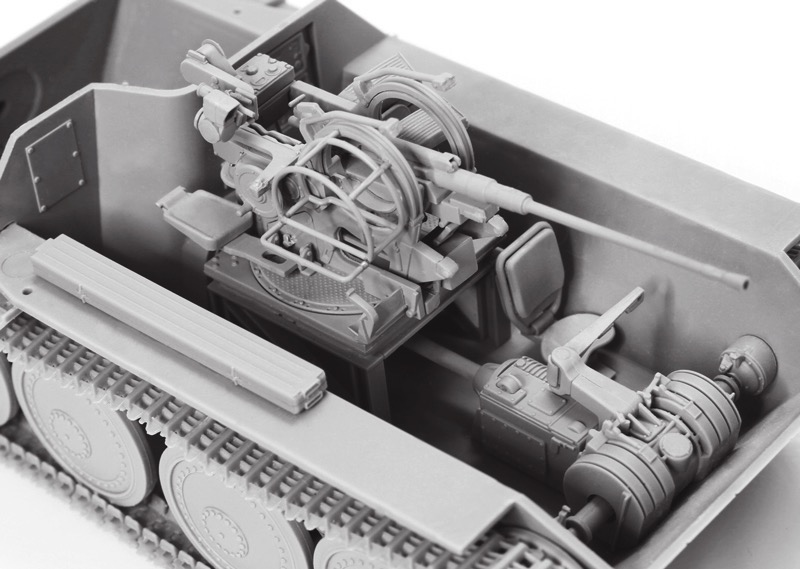 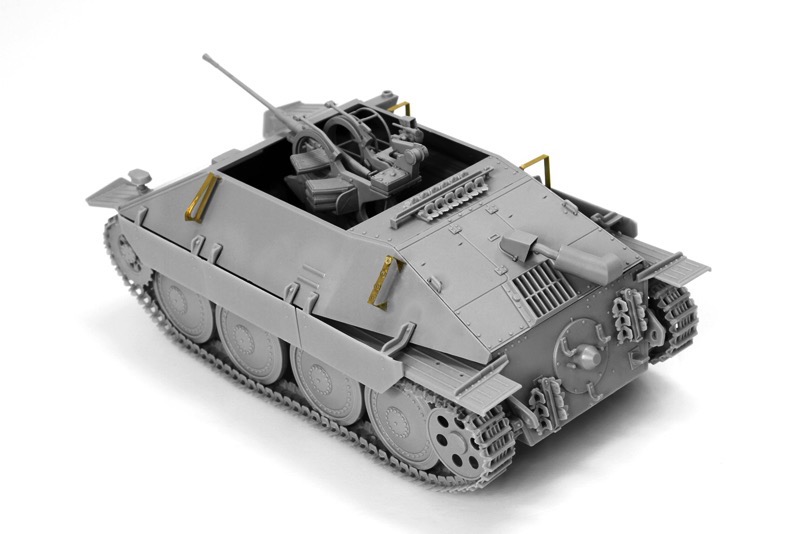 The vehicle kit incorporates brand new elements such as an upper hull accurately built to contemporary standards. Also new are the engine deck and road wheels. As an open-topped vehicle, interior detail is visible in the fighting compartment, with a new firewall and mount for the FlaK 38. Photo-etched parts are included for refining details. Besides, it's option to build such a vehicle converted on either a normal Hetzer or a Bergepanzer 38(t). Indeed, the Jagdpanzer 38(t) mit 2cm FlaK 38 is an exotic beast that has never before been available in plastic. Now Dragon has made it incredibly convenient for modelers to produce their very own Hetzer-based antiaircraft vehicle.