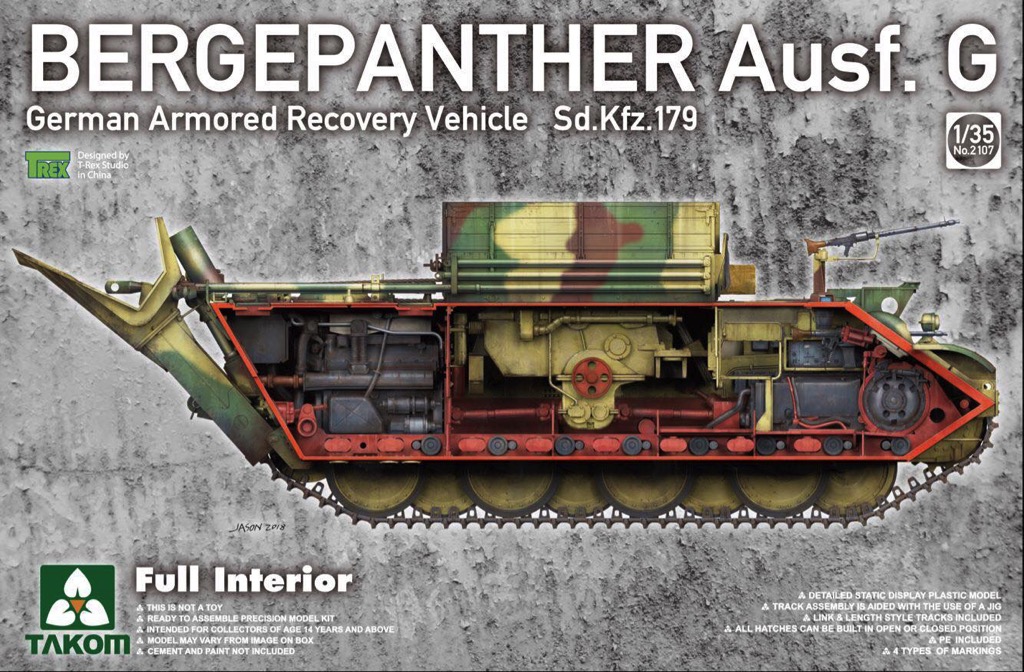 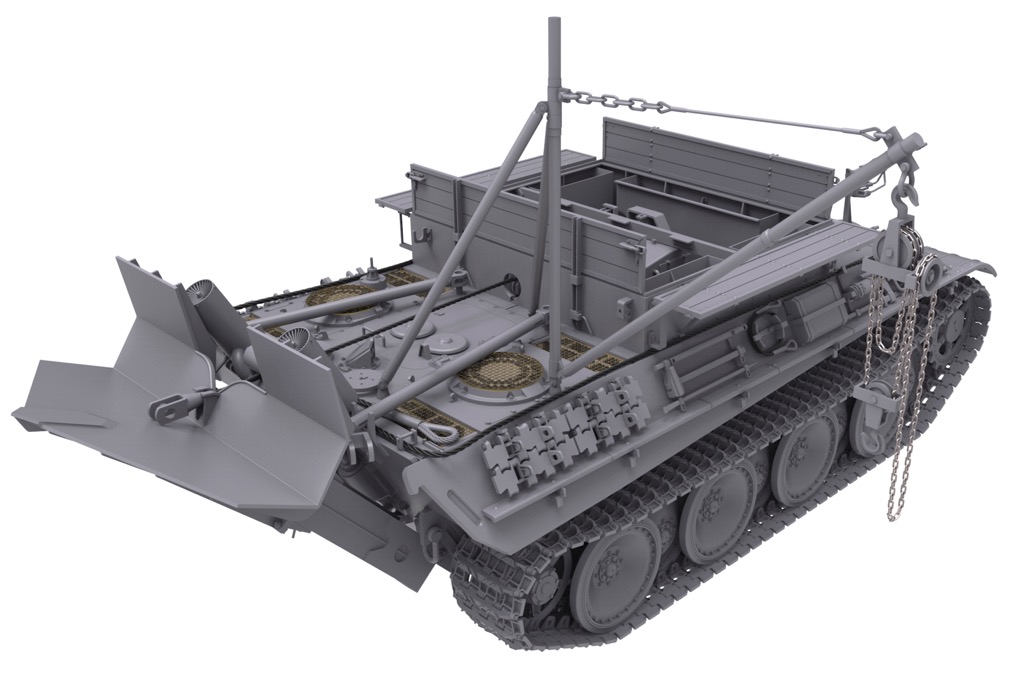 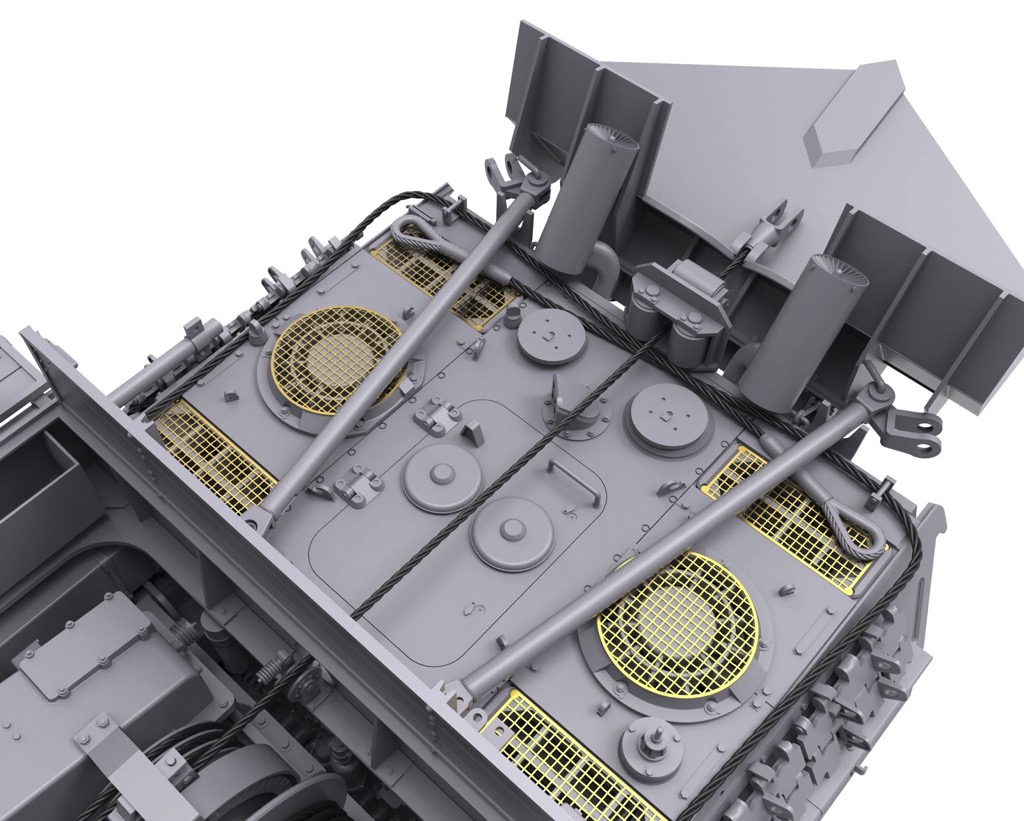 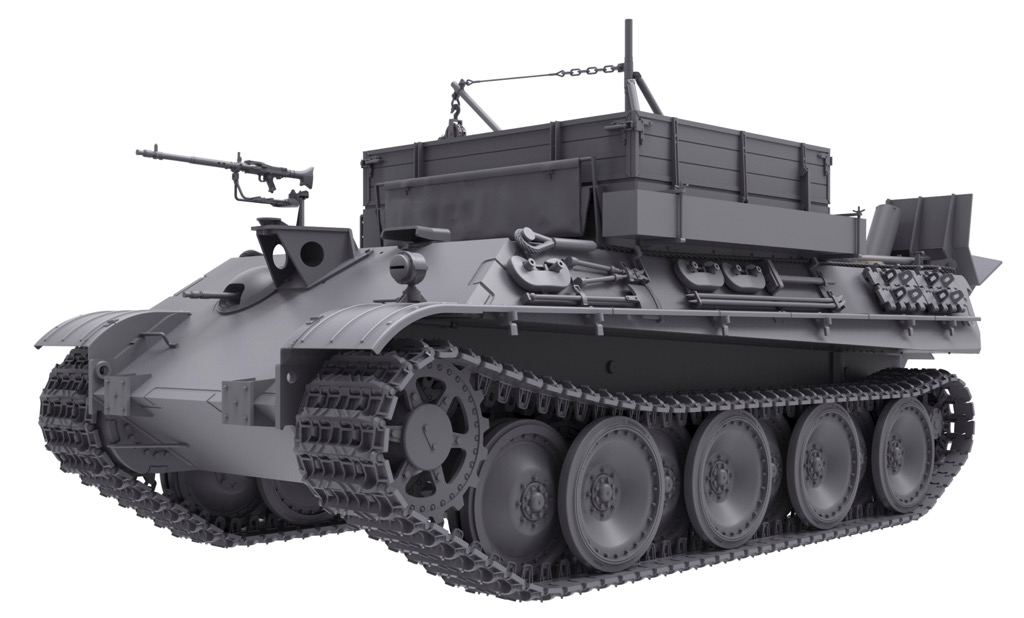 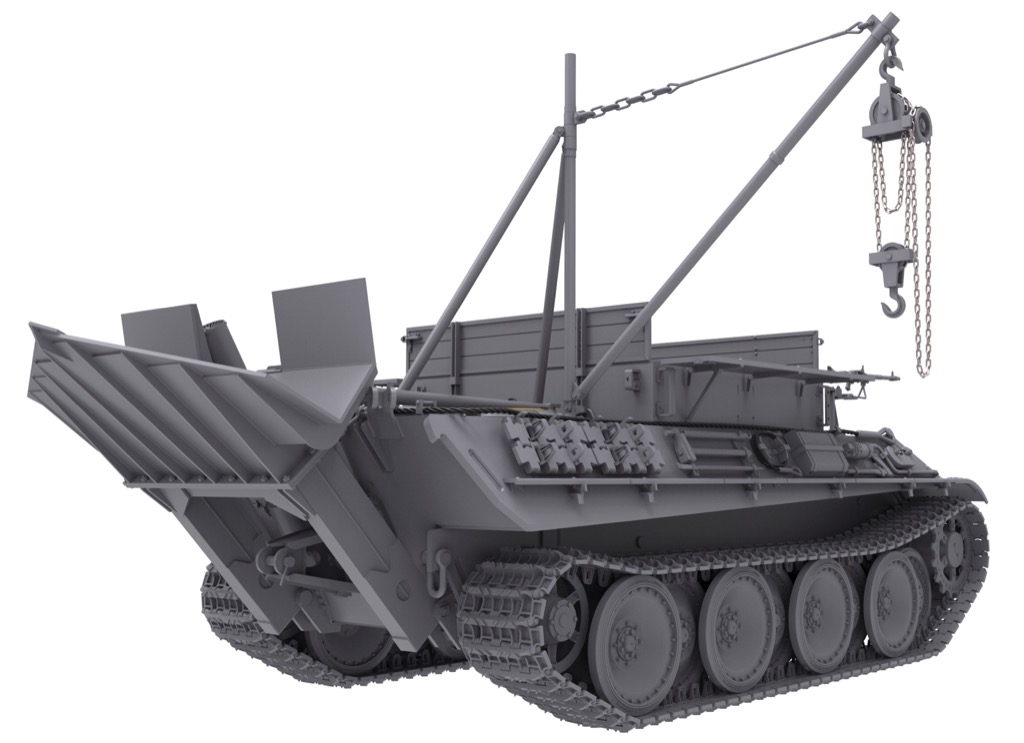 The Bergepanzer Sd.Kfz. 179, or Bergepanther was a heavy armored recovery vehicle based on the chassis of the Panzer V Panther, with the first production model being the Ausf. A. The Bergepanther first began its development in 1942 because of the need for a heavy tank recovery vehicle that could manage heavy German armour such as the Panther medium tanks or Tiger I heavy tanks. These generally required up to three SdKfz 9 Famo half-tracks to recover them compared to the single half-track needed to tow a Panzer III or Panzer IV. This made the Panther the main contender for the new heavy armored recovery vehicle.

The main differences between the Bergepanther and the original Panther were that the Bergepanther had a 40,000 kg winch and cable system that replaced the turret, and a rear-mounted spade. For defensive armament, Bergepanthers were armed with a pintle-mounted MG 34 machine gun, and they were intended to be mounted with a 20 mm KwK 38 cannon, but these were seldom fitted. The Bergepanther had a crew of five men and was powered by the 700hp Maybach HL230 P30 V-12 petrol engine and a 7 speed forward, 1-speed reverse transmission system with a maximum speed of 55 km/h and a range of about 200 kilometers.