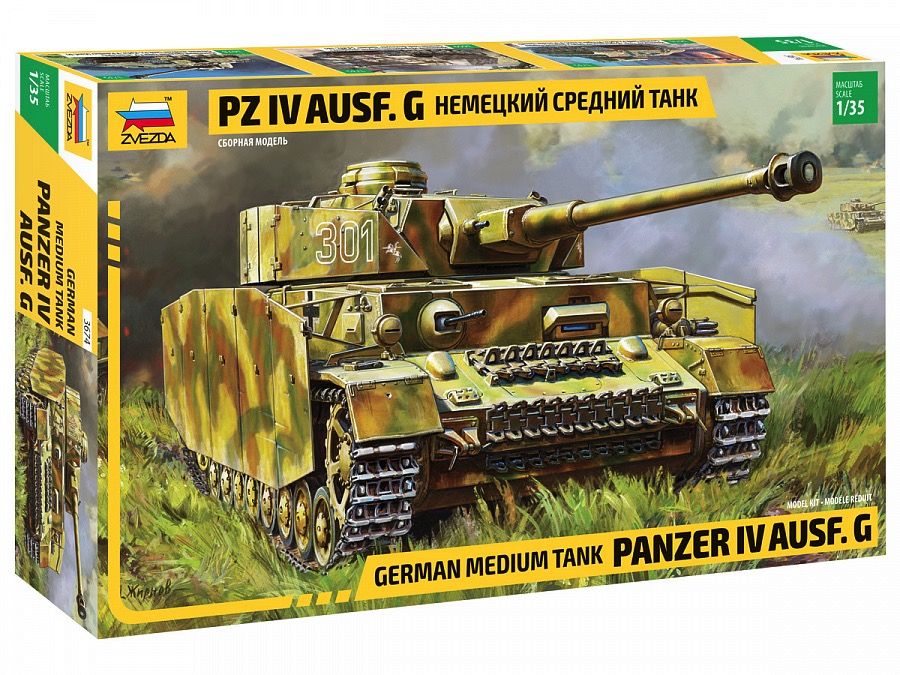 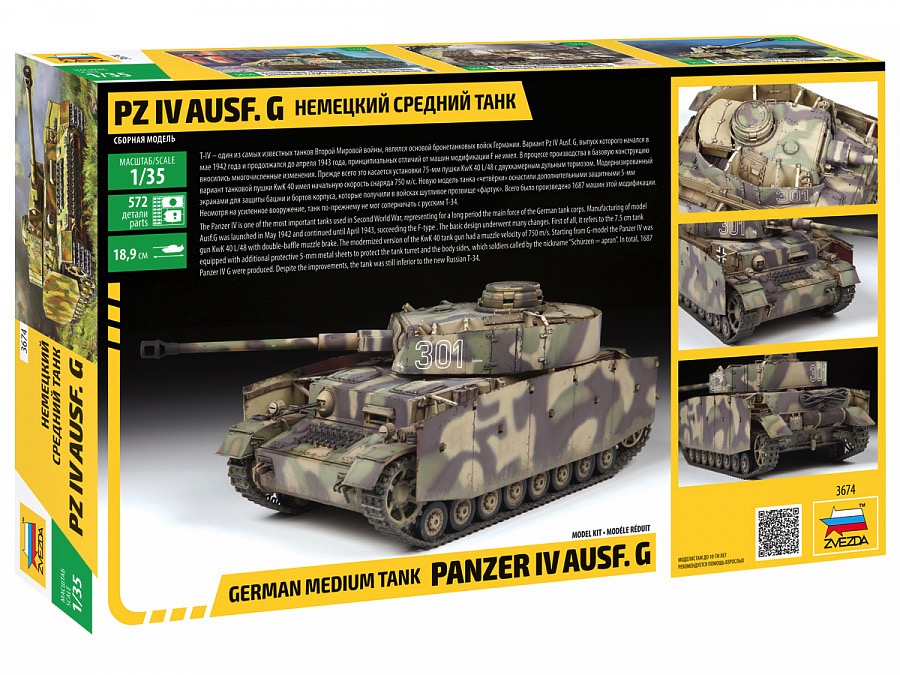 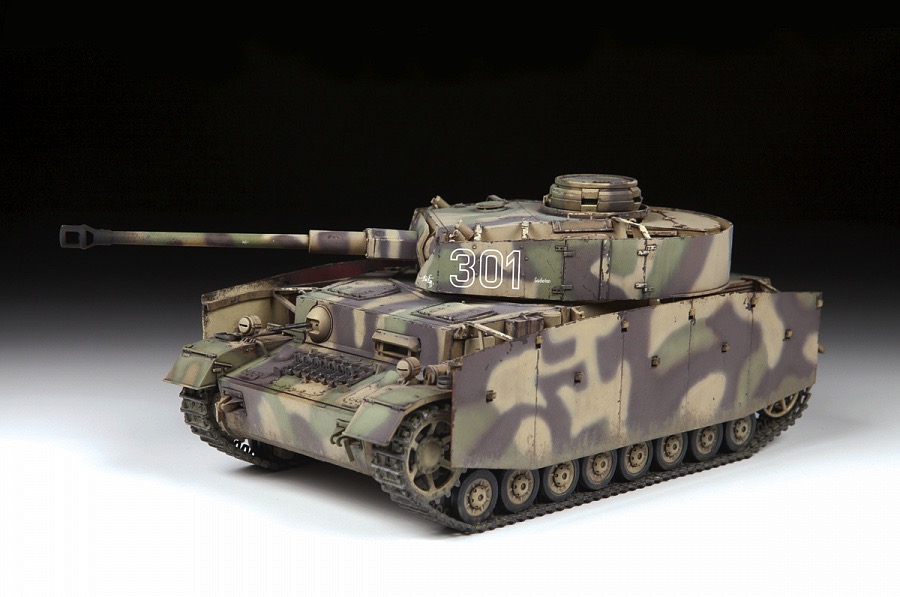 The Panzer IV is one of the most important tanks used in Second World War, representing for a long period the main force of the German tank corps. Manufacturing of model Ausf.G was launched in May 1942 and continued until April 1943, succeeding the F-type . The basic design underwent many changes. First of all, it refers to the 7.5 cm tank gun KwK 40 L/48 with double-baffle muzzle brake. The modernized version of the KwK 40 tank gun had a muzzle velocity of 750 m/s. Starting from G-model the Panzer IV was equipped with additional protective 5-mm metal sheets to protect the tank turret and the body sides, which soldiers called by the nickname " Schurzen = apron". In total, 1687 Panzer IV G were produced. Despite the improvements, the tank was still inferior to the new Russian T-34.