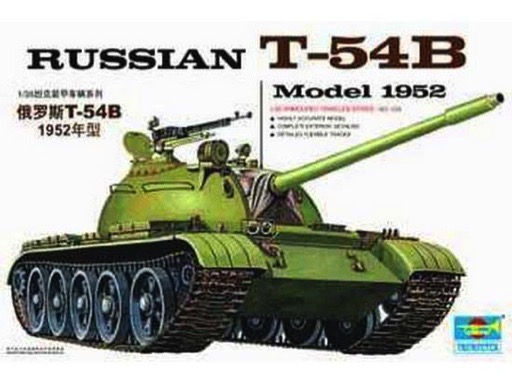 This version introduced night fighting equipment with the addition of a Luna L-2 IR searchlight on the turret front, an OU-3 IR searchlight on the commander's cupola, and a TPN-1 gunner's day/night sight in place of the simpler MK-4 periscope in front of the gunner's station. This version also introduced the Tsiklon (Cyclone)2-axis stabilization system and the improved D-10T2S 100mm gun. This was the first version of the T-54 series regularly fitted with the OPVT river fording equipment allowing crossing of rivers up to 5 meters deep and 700Mwide. The polish equivalent of the T-54B was designated T-54AM, a designation which is sometimes used in the West for this type whether Soviet or Polish. Series production of their version began in the USSR at the beginning of 1957.