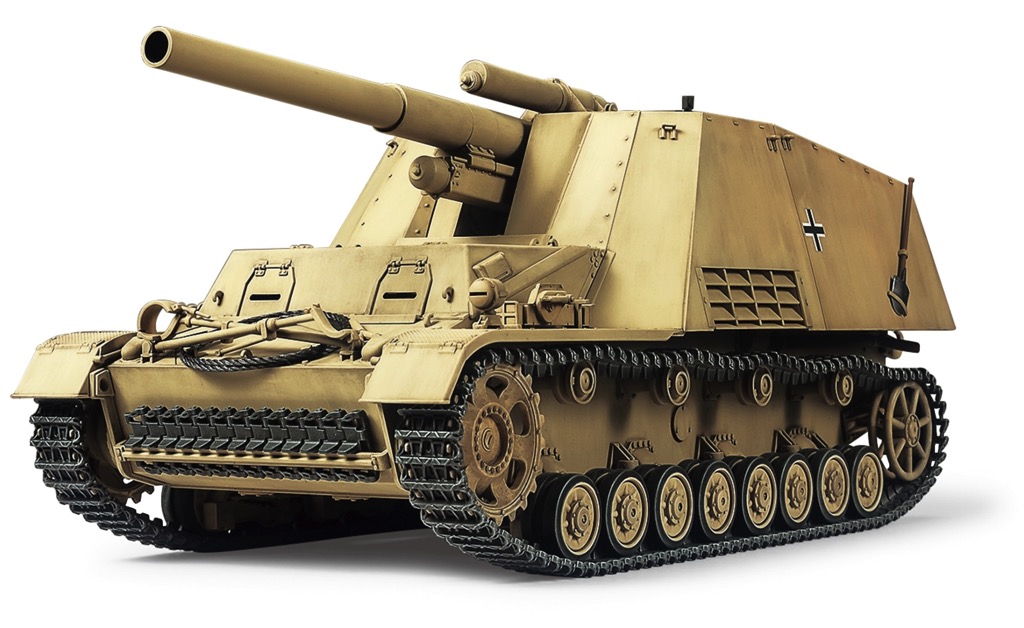 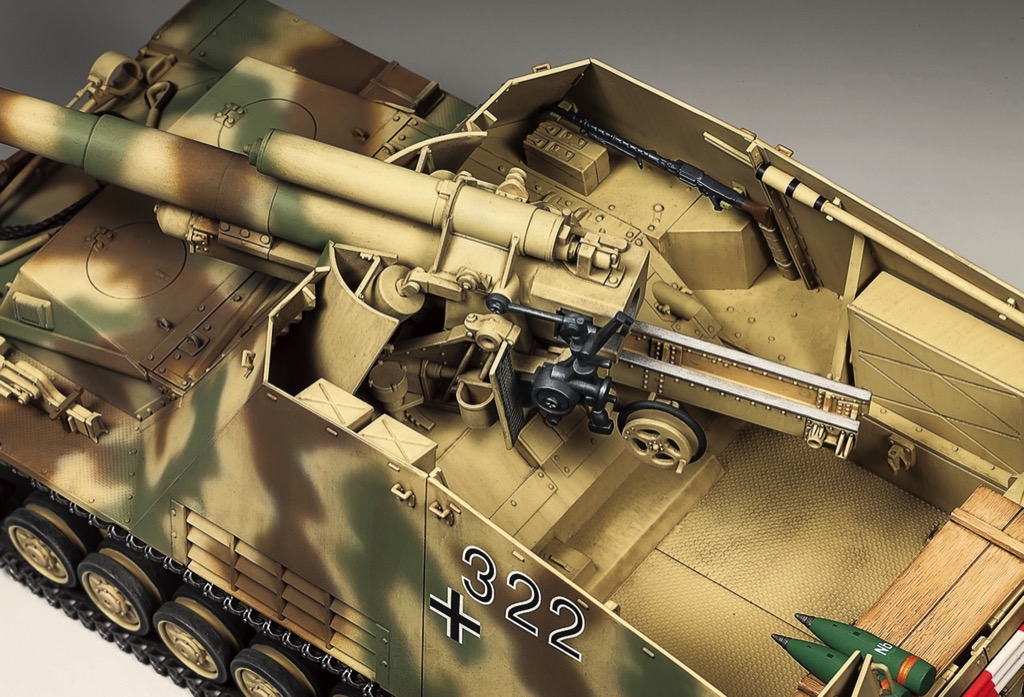 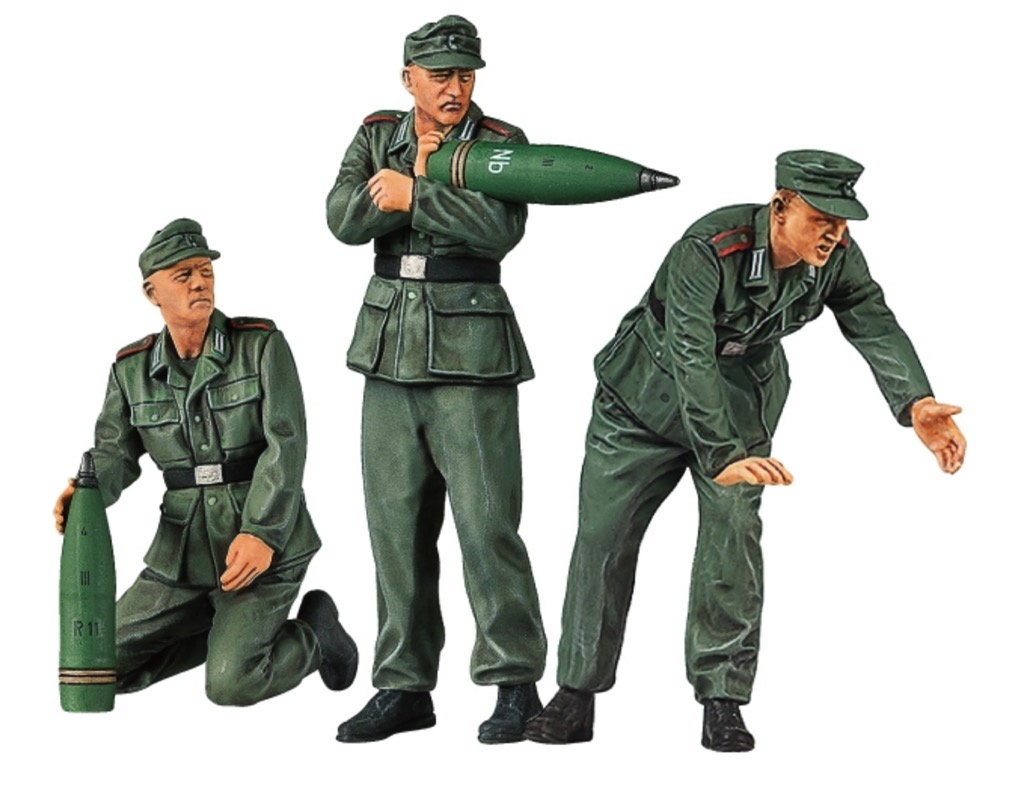 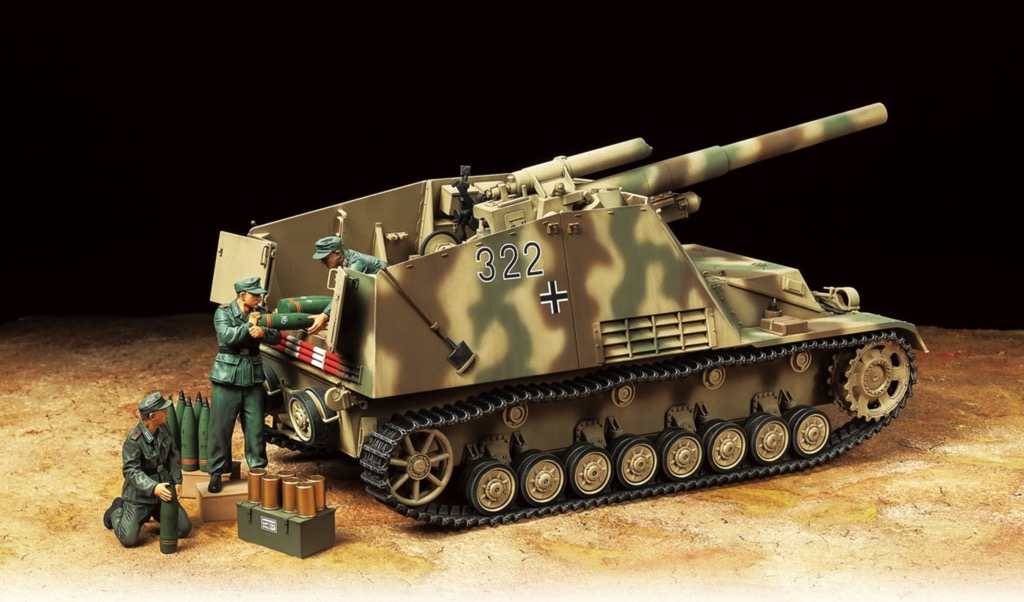 This TAMIYA model recreates the German WWII self-propelled gun Howitzer Hummel (Late Production). Its name translates to "bumblebee". The Hummel was designed to fulfil demand for mobile artillery support for German tank units. Based upon the Geschutzwagen III/IV (also used on the Nashorn), it sported an L/30 15cm howitzer and open top fighting compartment. Hummels were designed in 1942 and debuted on the Eastern Front in 1943; they were also seen in North-West Europe and Italy in the latter half of WWII.