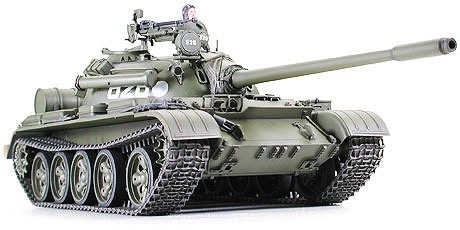 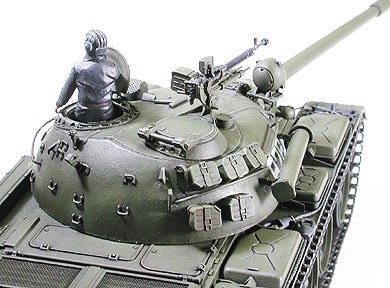 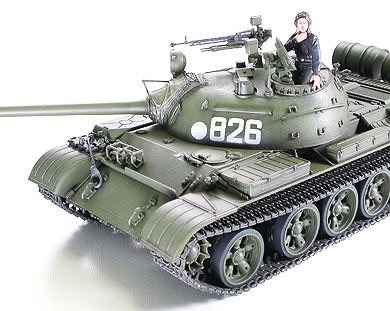 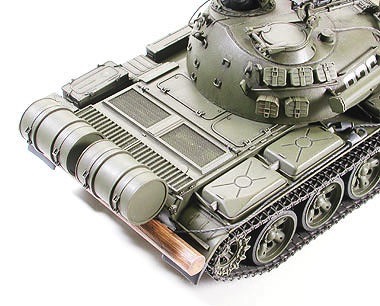 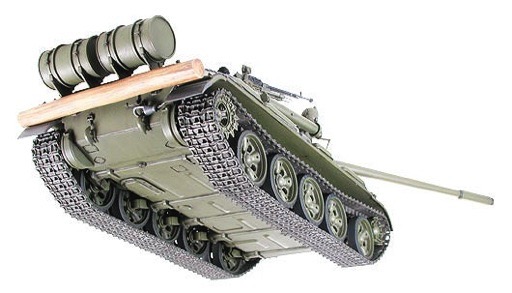 Tamiya presents the Russian Medium Tank T-55 of which about 10,000 units, including T-54, that served as a base for its development, and derivatives were produced during the Cold War era as a 1/35 scale plastic model. Every characteristic of this tank, low-profile hull, and compact hemispherical turret, powerful main gun, has been accurately reproduced. Details such as welding lines, cast iron appearance, 12.7mm anti-aircraft machinegun and protective cover on tank commander have been crisply molded. This historically important tank is a must-have for any post WWII era tank collector.

About the T-55A
The low clearance chassis has been replicated down to the finest detail, even the cast iron surface of the tank has been faithfully recreated. The characteristic half sphere turret and powerful 100mm cannon are faithfully portrayed. Not a detail has been spared, even with finer parts such as the engine grill and cast iron wheels. This kit will let you choose between two extensively used types for assembly, the T-55A with anti-radiation armoring and the DShK-M anti-aircraft machinegun. And the options don't stop there. The modeler can also chose parts for replication of the tank as it was produced in Communist Russia, or Czechoslovakia and Poland with river crossing snorkel and headlight. Decals for recreation of 5 different tanks are planned to be included in the kit. One tank commander figure posted on cupola is also planned to be featured in kit.

T-55 production began in 1958, as opposition between western countries and the Soviet Union grew. It was easy to produce and featured an oblique front hull wall, a compact hull and a semi-spherical turret to limit vulnerability. The T-55 was also well armed with a 100mm main gun. In the early 60's, the T-55A with anti-radiation internal liner and anti-radiation cover on the tank commander cupola was developed. T-55 and T-55A were also license built by Czechoslovakia and Poland and some received various improved equipment resulting in many sub-types. T-55 production continued until the late 70's and equipped the armies of over 40 countries. It was used in various wars such as the Middle-East Wars and the Gulf War and is still in service today in some countries.