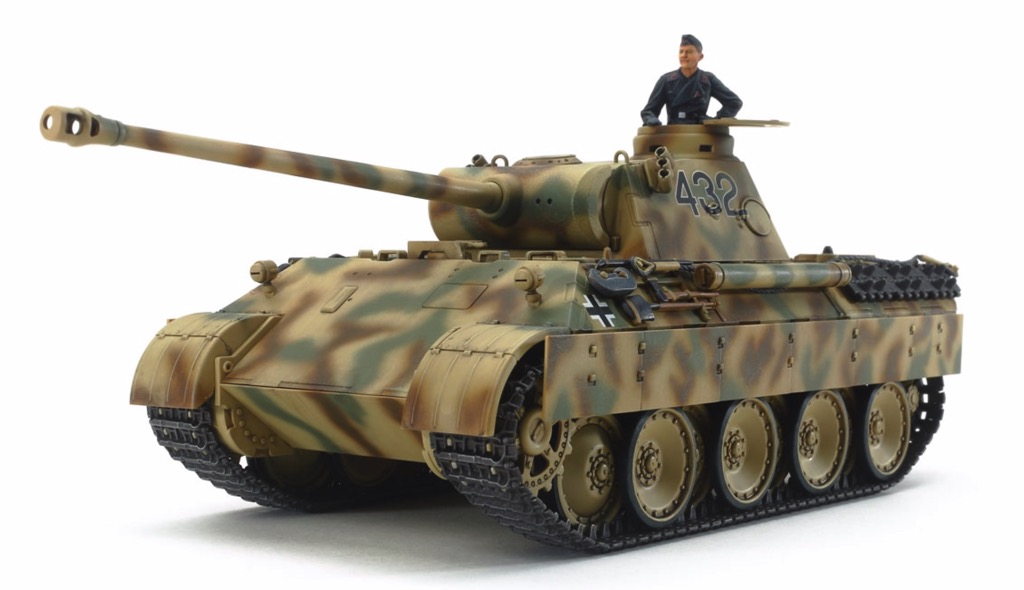 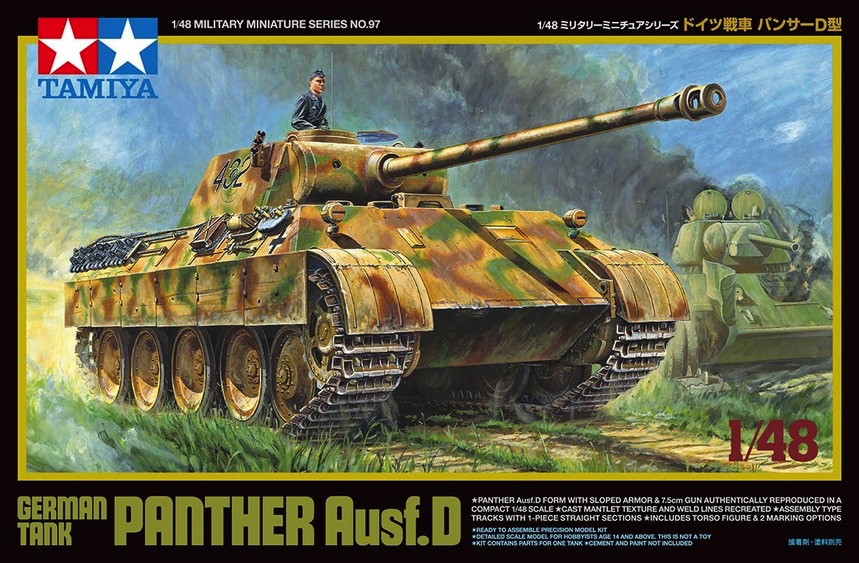 This 1/48 scale military miniature model kit recreates the Panther Ausf.D, the very first variant of the highly-rated German tank. Developed partly in answer to the Soviet T-34, the Panther offered a complete performance package, with an imposing L/70 7.5cm gun, sloped armor for superior survivability, and excellent maneuverability. Around 840 Ausf.D Panthers were produced between January and September 1943.