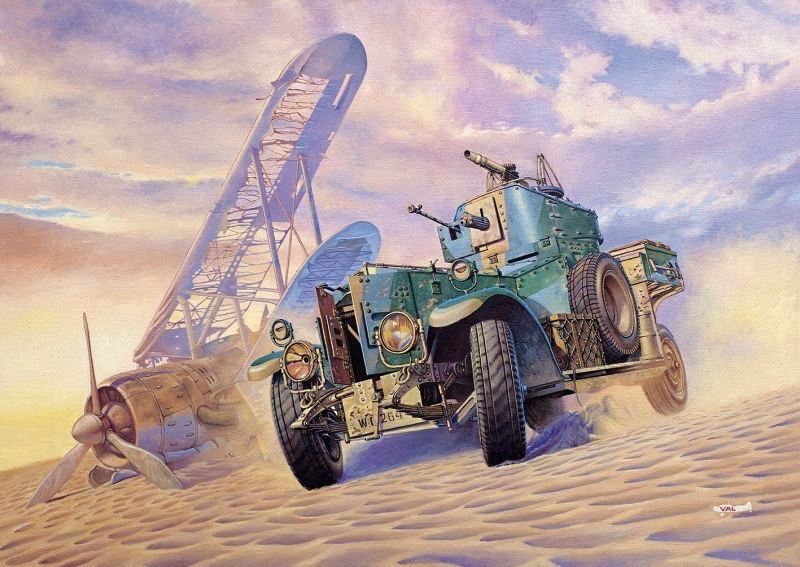 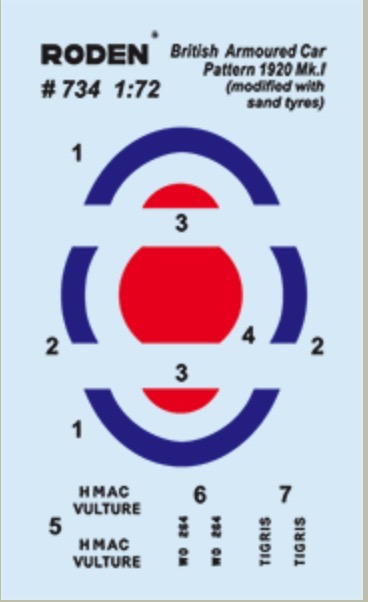 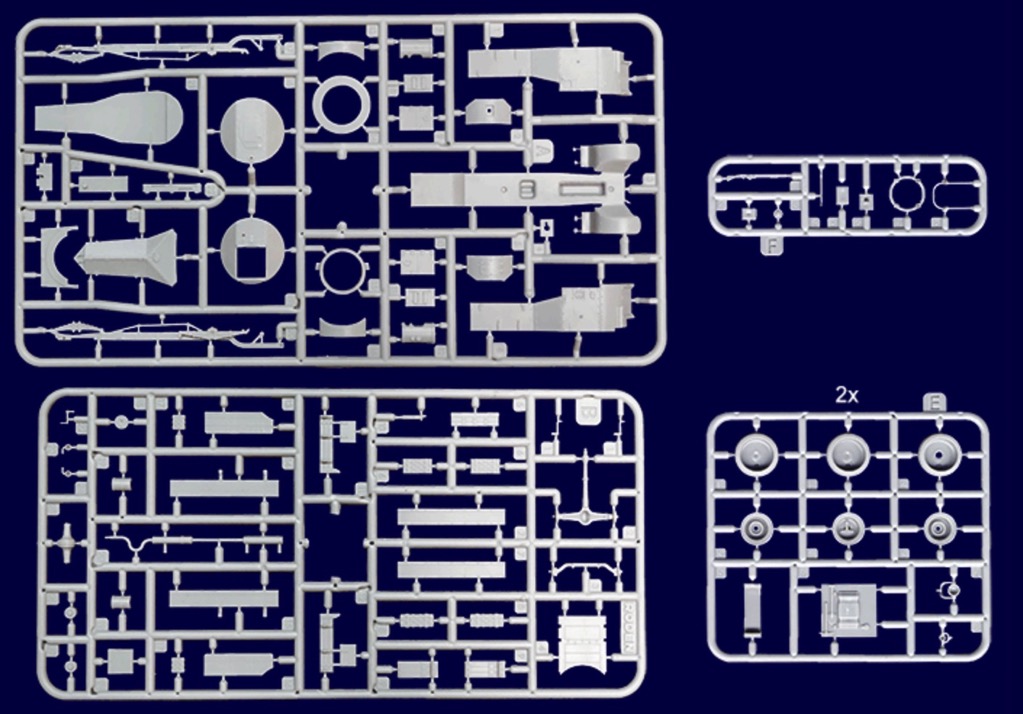 Markings for: Although the famous British Rolls-Royce Armoured Car was built during WWI, it was destined to have a long life and service career. At the beginning of the Twentieth Century there was no great understanding of the interaction between infantry and their supporting armored cars, which is why the operation of the Rolls-Royce Armoured Car as a military weapon during WWI did not gain widespread appreciation. Apart from this, the car was built on a passenger car chassis and was useless for the conditions in which the major battles of the Great War took place.

Strangely enough, the end of WWI opened up a second life for this armored car. The endless British Empire needed the support of the king's power in the colonies by every possible means. In the African deserts and also in the territory of India, the Rolls-Royce Armoured Car became very useful as a 'police car' for subduing revolts.

At the beginning of the 1920s the vehicle underwent a substantial modernization, taking into consideration its venerable construction. The Rolls-Royce Armoured Car had its armor strengthened in some weak places, it received new full metal wheel disks, and its armament was increased. In this manifestation the car was given its full name: Rolls-Royce Armoured Car 1920 Pattern Mk.I. Some of these cars were kept in the homeland, others were passed on to the government of neighboring Ireland where they notably proved themselves in action during the civil war, but the majority of the cars were sent to the turbulent Near East.

At the end of the 1930s the threatening clouds of war loomed in the air and in all about 150 cars were on the roster of various military units, more than 70 of them in North Africa and the Far East. At that point a number of those Rolls-Royce Armoured Cars which were in service in the desert passed though a standard modernization: they were fitted with new, wider wheels and new disks for better traction in sandy areas, the front of the armored body was redesigned, improving the driver's field of view, and extra new small lights were set on the front wheel wings. The shape of the rotating turret was changed: it was opened up and less rounded longitudinally. It was fitted with a Boys rifle and Vickers guns. With the onset of conflict, and frequent air attack, another gun was added for conducting anti-aircraft fire.

In spite of its obsolescent construction the Rolls-Royce Armoured Car was used by British troops almost up to the end of WWII. In the combat areas of Africa the more modern Humbers and Staghounds predominated, although the Rolls-Royce was also put to use. And in the Far East in India and Burma where their enemies were similarly archaic Japanese armored cars, they continued until the end of WWII, though by 1945 their number was very small.