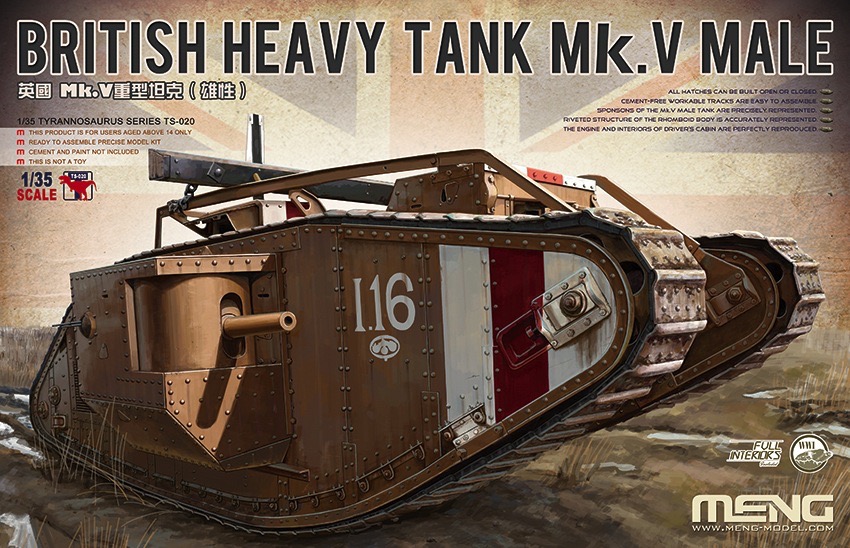 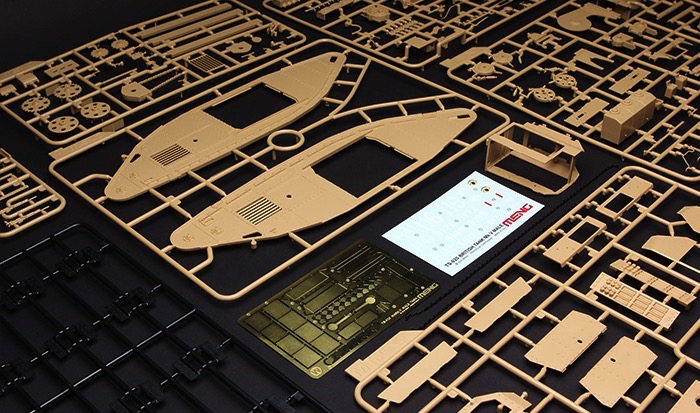 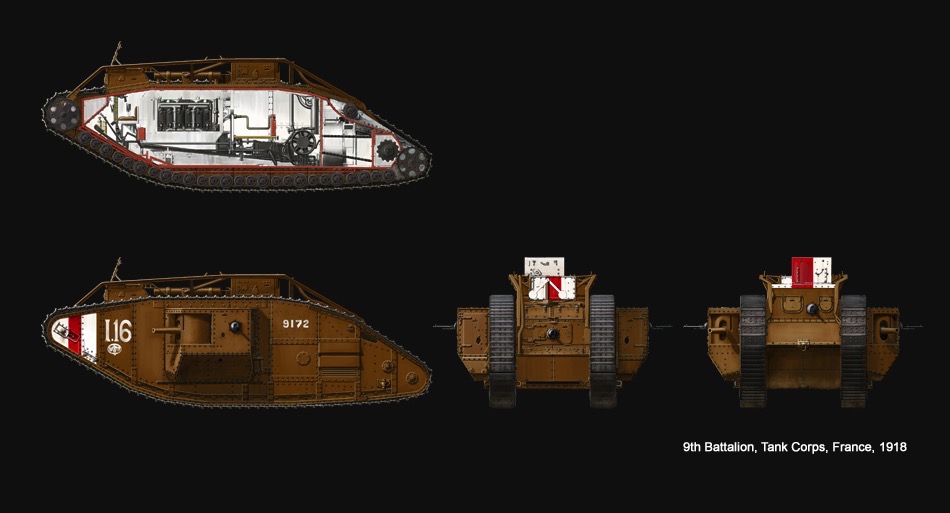 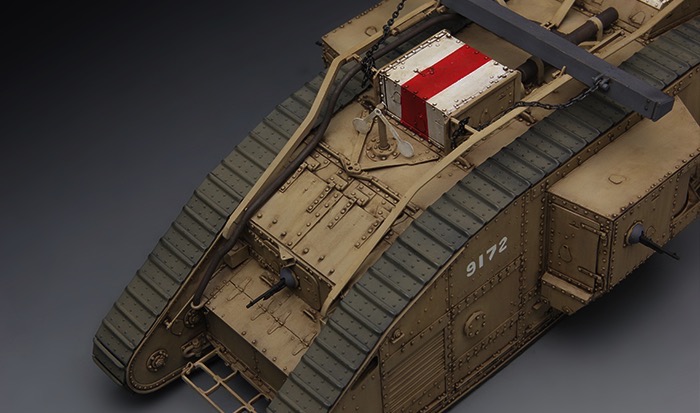 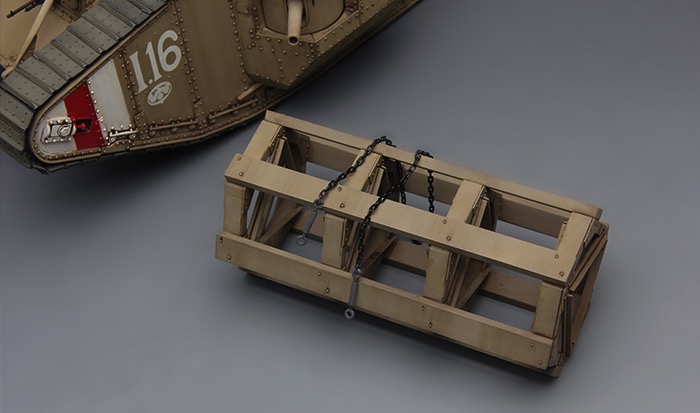 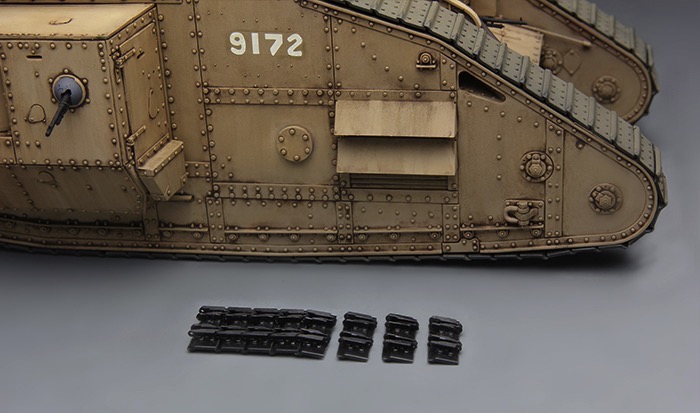 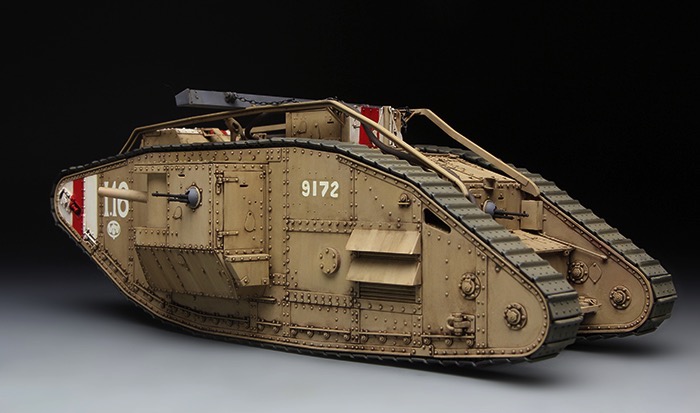 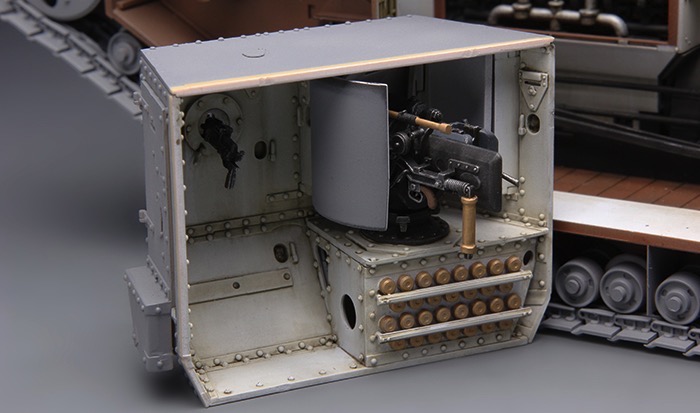 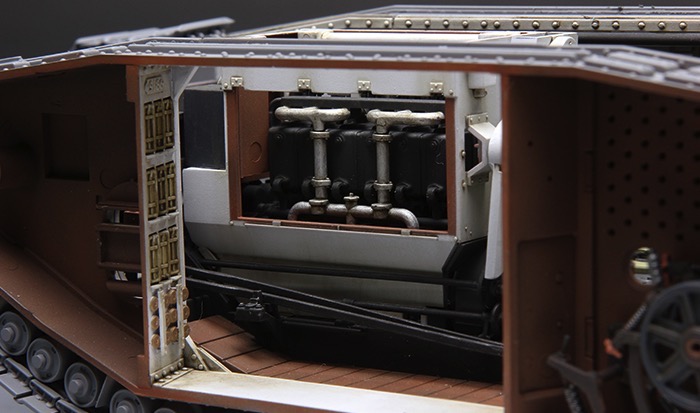 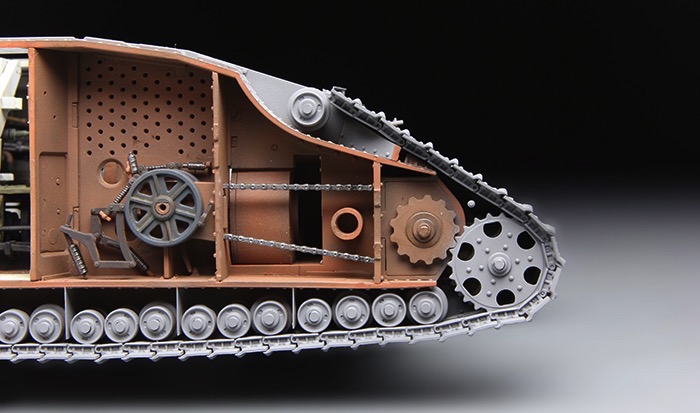 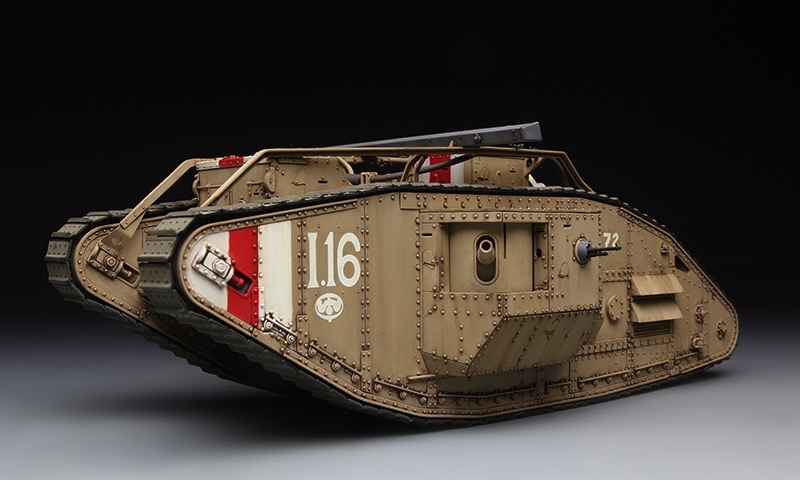 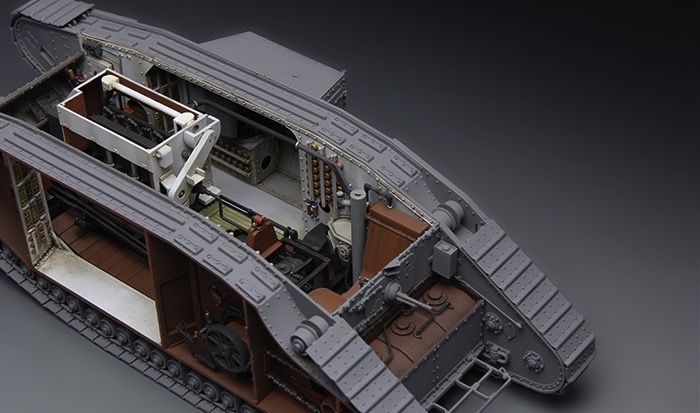 BRITISH HEAVY TANK MK.V MALE
The British Mk.V heavy tank (male) was an upgrade version of the Mk.IV tank. It kept the unique rhomboid shape of Mark series tanks and it's also the last mass production version. This vehicle was 8.05m long, 3.91m wide and 29t heavy. Thanks to the epicyclic gearbox, only one driver was needed to drive the new tank. The tank was powered by a 150hp Ricardo 6 cylinder in-line petrol engine and could drive continuously for 10 hours. The Mk.V tank (male) was fitted with two 57mm QF six-pounders and four Hotchkiss Mk.I machine guns. Mk.V tanks were first used in the Battle of Hamel in 1918, when they contributed to a successful assault by Australian units on the German lines.