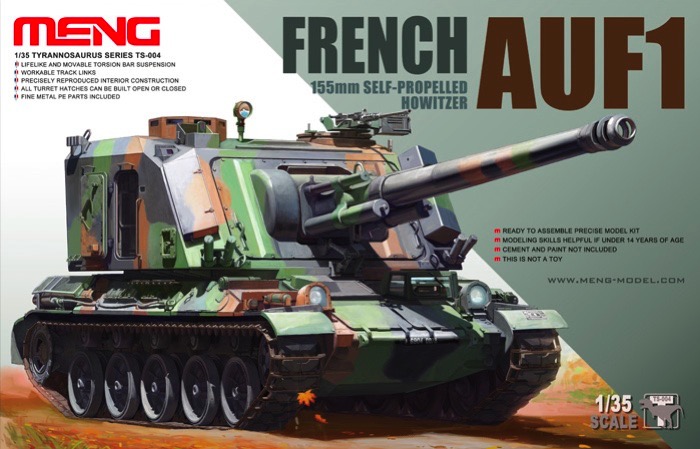 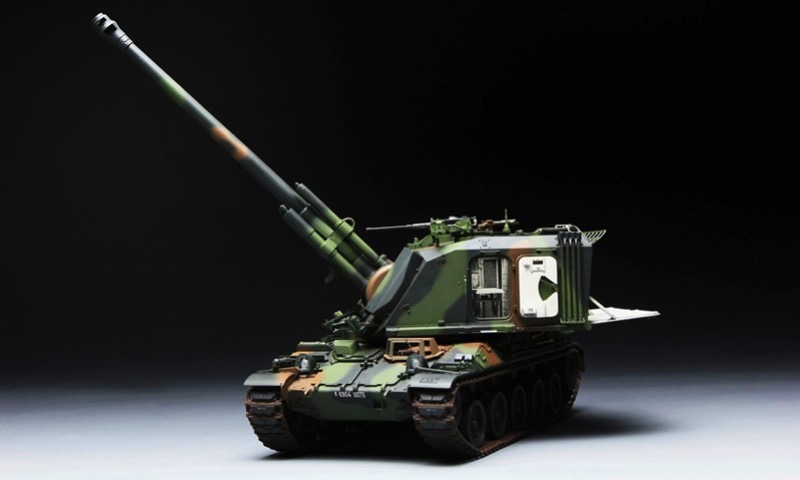 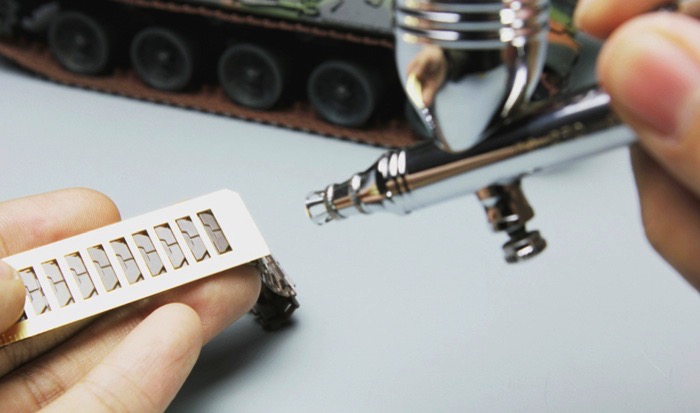 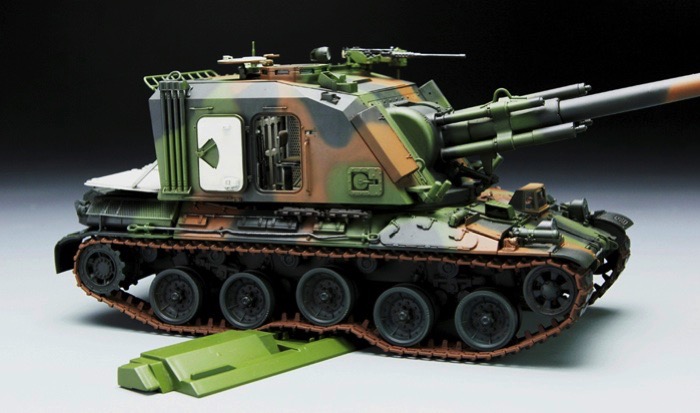 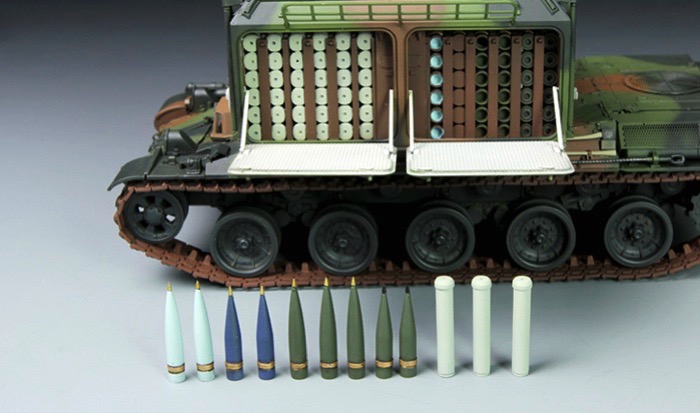 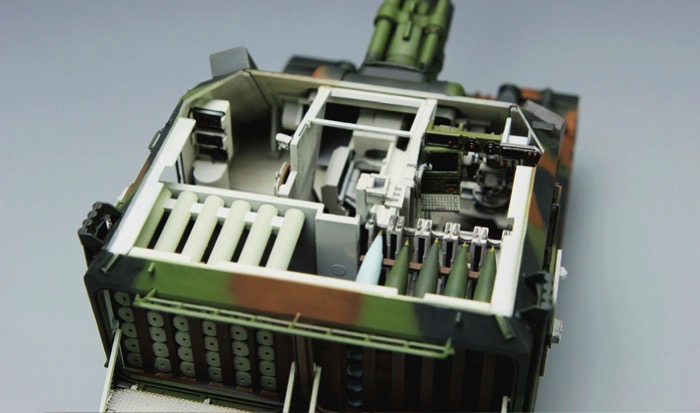 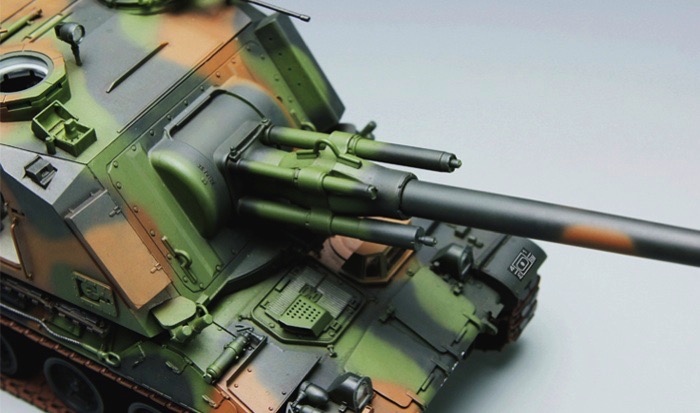 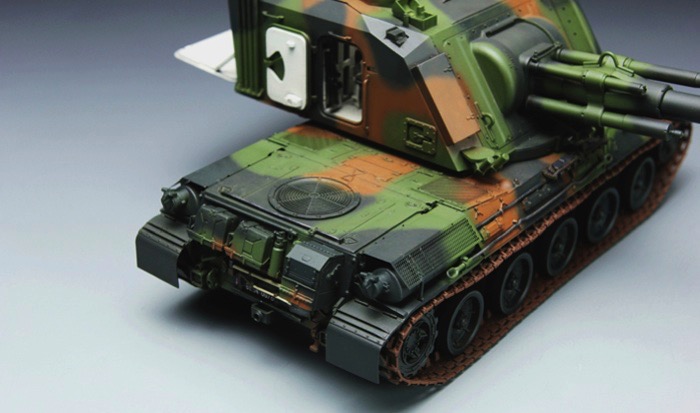 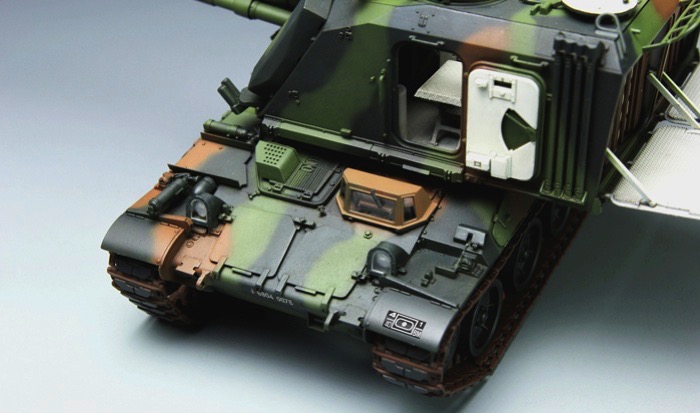 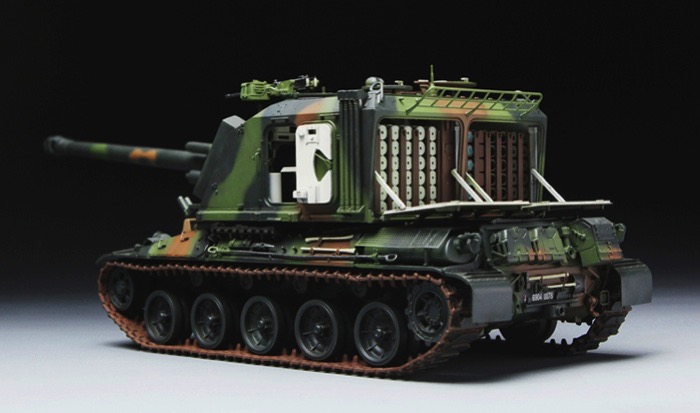 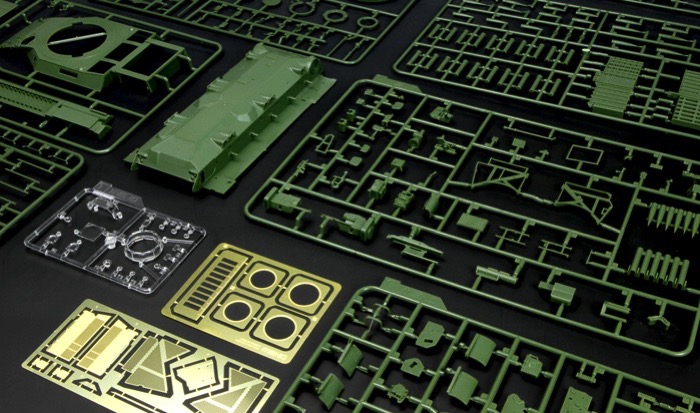 FRENCH AUF1 155mm SELF-PROPELLED HOWITZER
AUF1 155mm Self-propelled Howitzer is a heavy ground weapon developed by French Industries or Groupement des Industries de l'Armee de Terre (GIAT) in the 1970's. It is based on modified chassis of AMX-30B MBT and equipped with a 155mm 39-caliber gun with an auto-loading system. It is also equipped with a roof-mounted 12.7mm anti-aircraft gun. They were used by French Army and also exported to Saudi Arabia and Iraq. Iraq used this howitzer against Iran during the Iran-Iraq war. It was also used as French Army's main equipment during peacekeeping operation in Bosnia and Herzegovina in 1992.

KIT INFO
1/35 scale plastic model kits of French AUF1 155mm Self-propelled Howitzer, with a length of 293mm and a width of 90mm. The model accurately realized the interior construction of the turret. Hatches of turret can be built open or closed. Torsion bar suspension and running gear parts of chassis are movable by inheriting the original design of AMX-30B MBT. The specially designed PE parts and track assembly tool bring more convenience to the modeling process. Contains markings for French Army, 40th Artillery Regiment