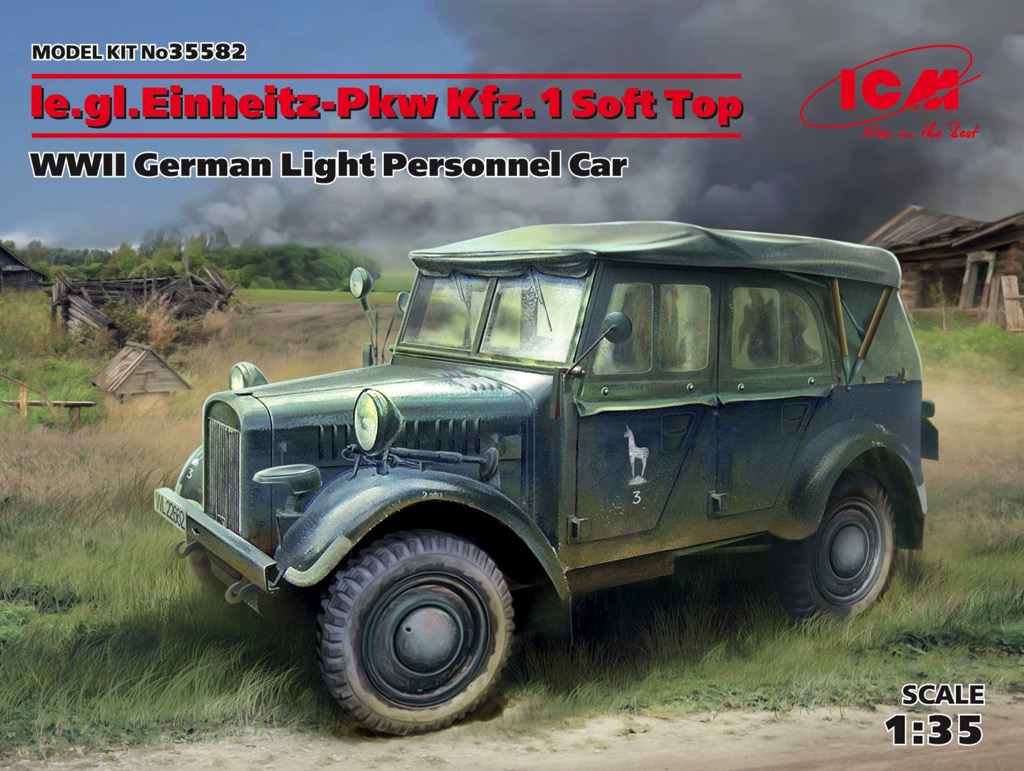 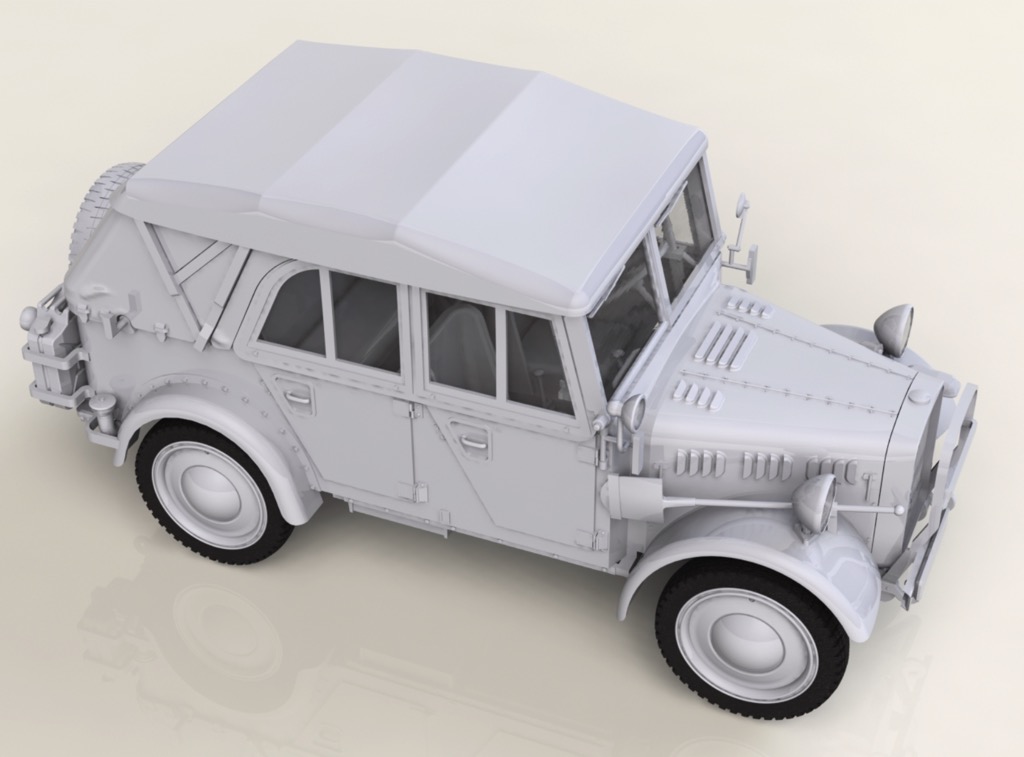 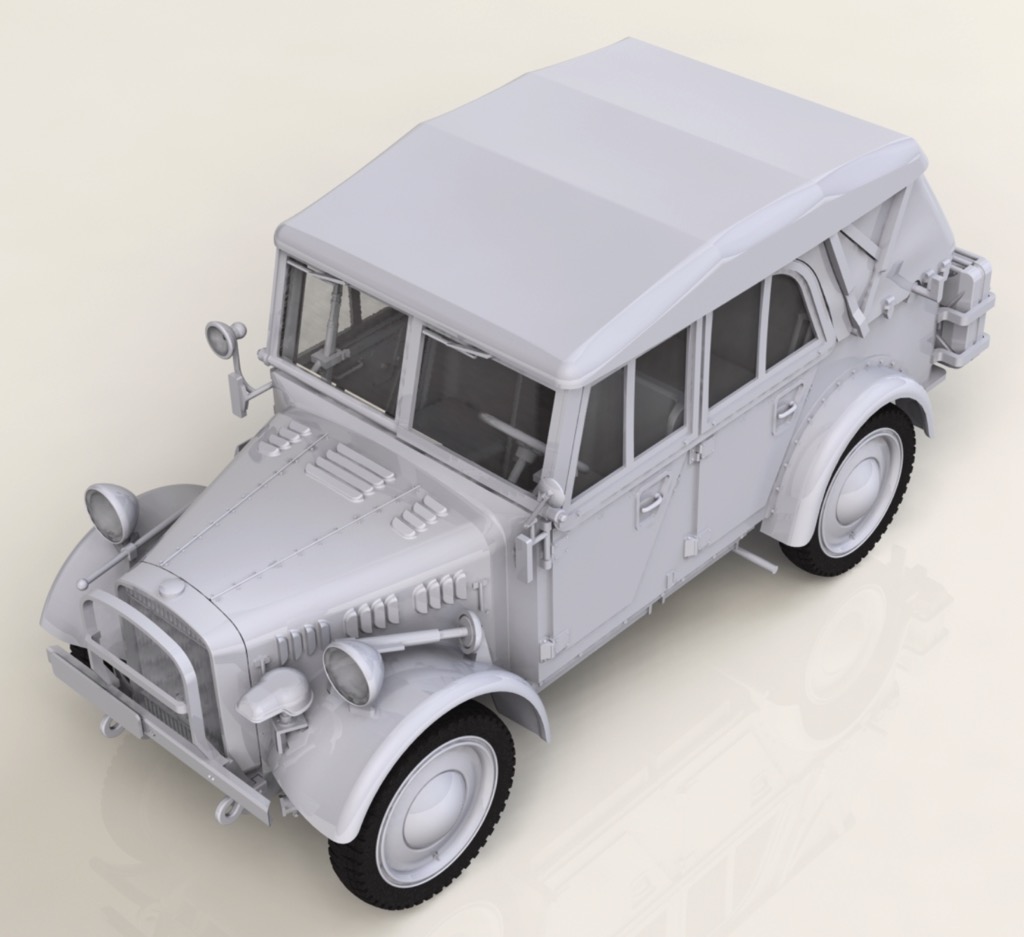 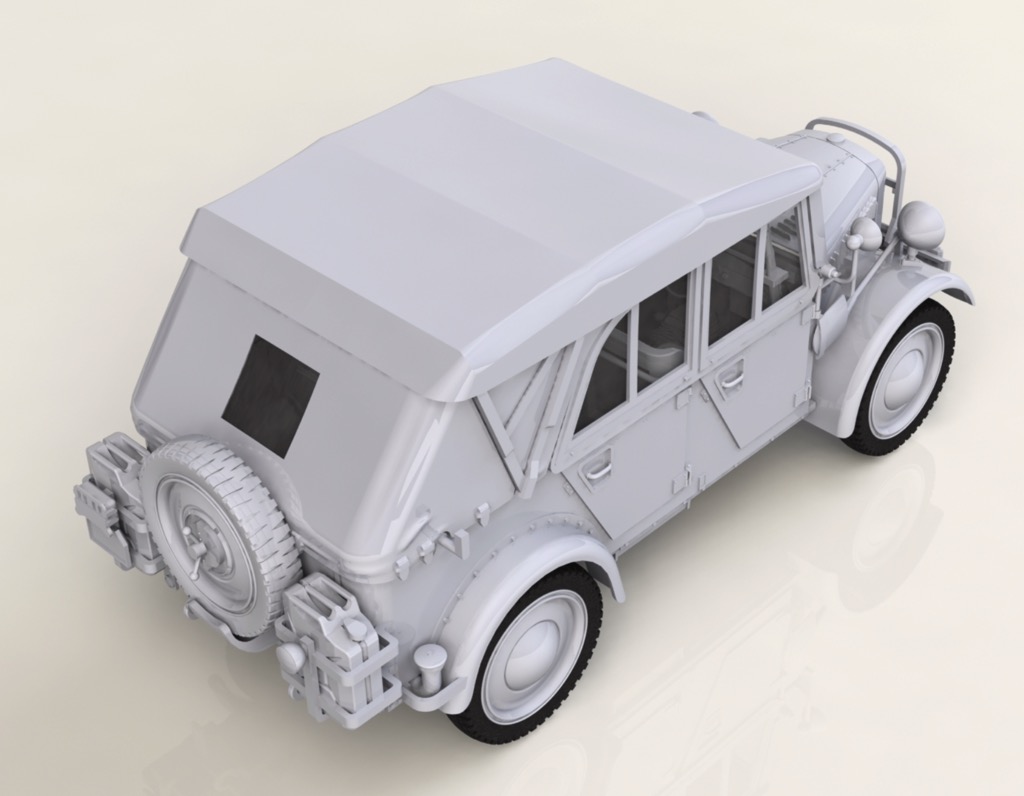 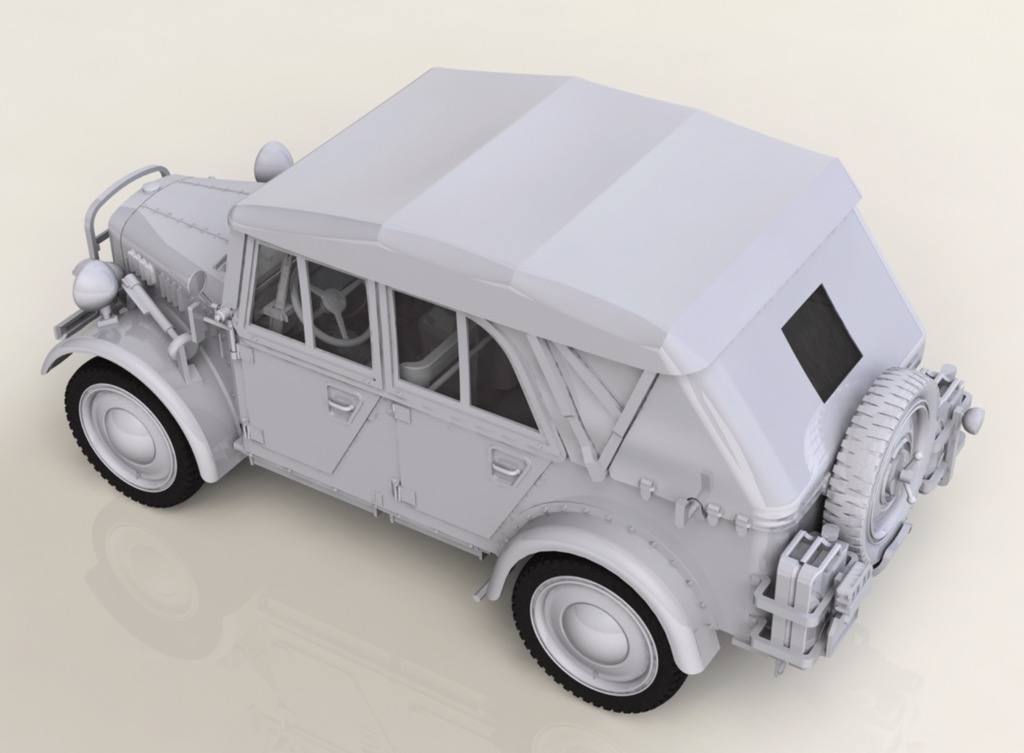 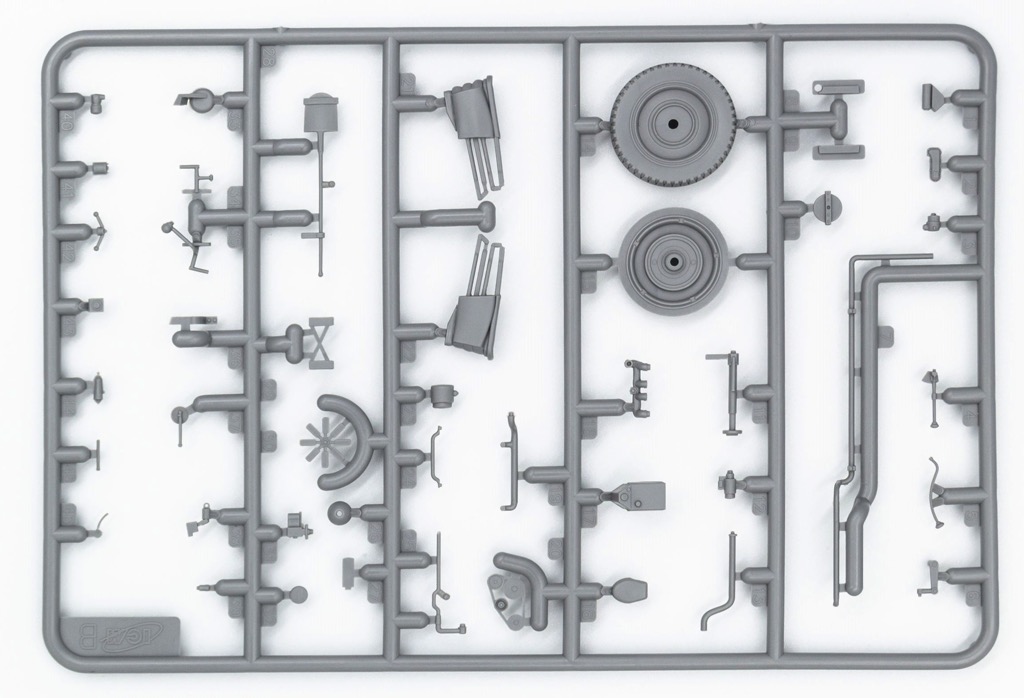 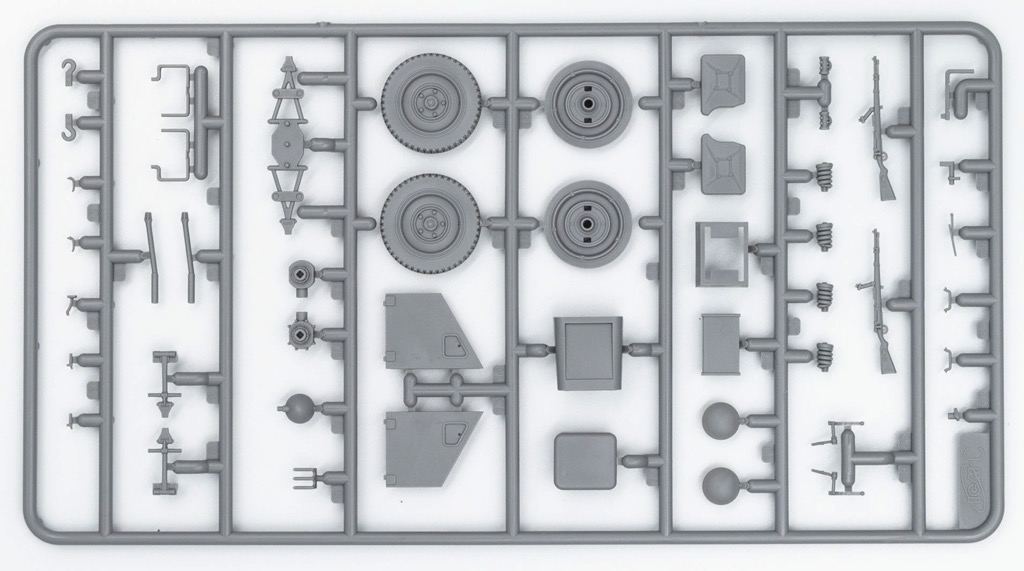 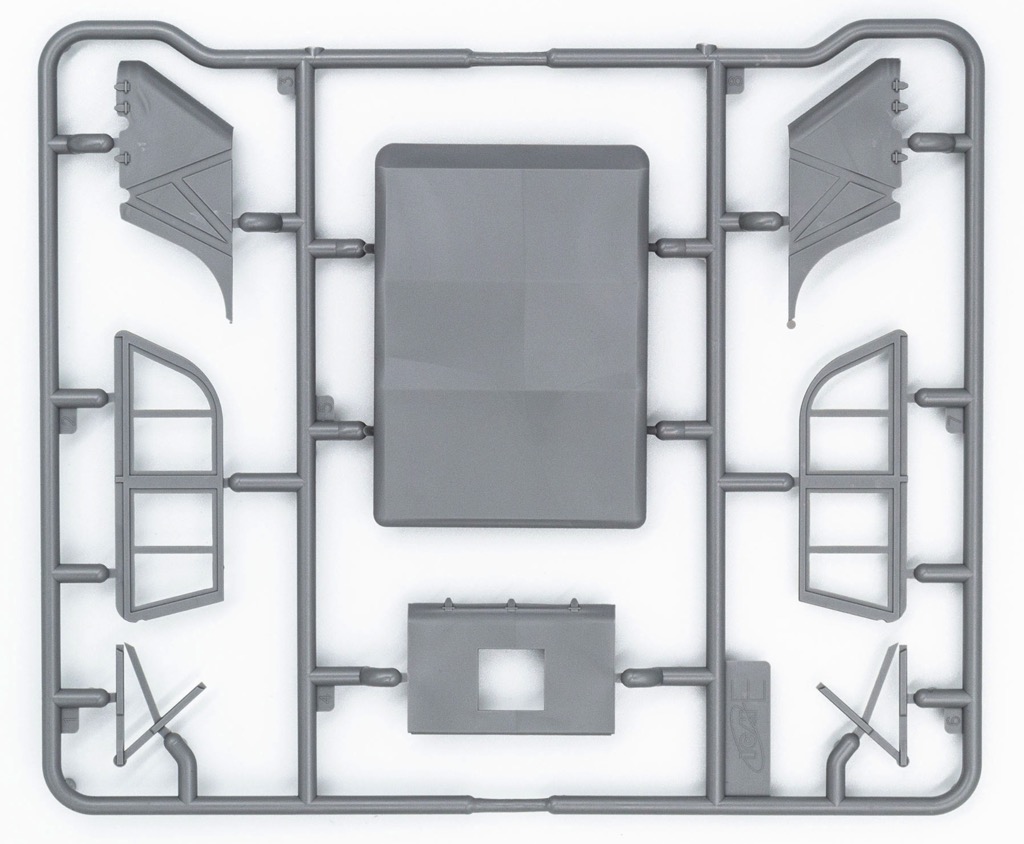 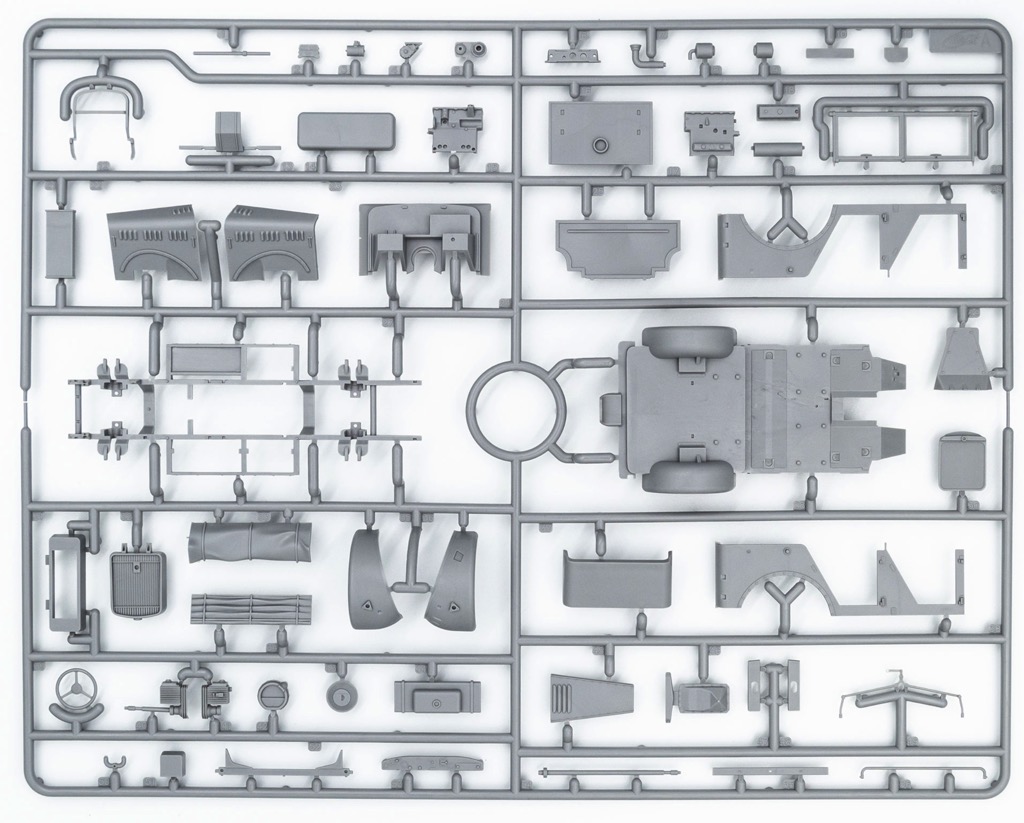 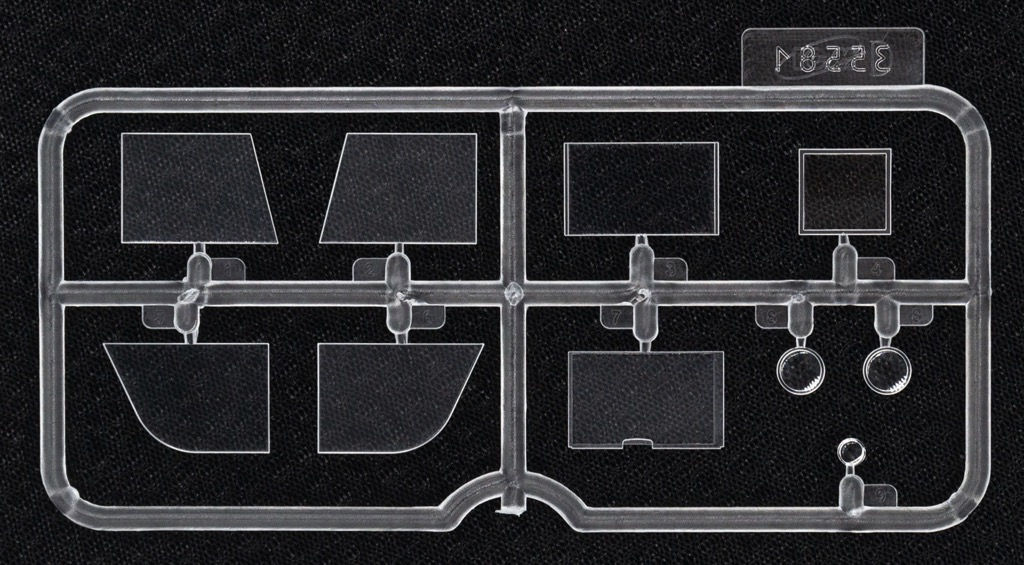 Plastic model kit of the Le.Gl.Pkw Kfz.1, was a 4 x 4 light truck used by Germany during World War II, produced by Stoewer for the most part, but Hanomag and BMW also produced some up until 1944. The Einheits was similar to the American Jeep.