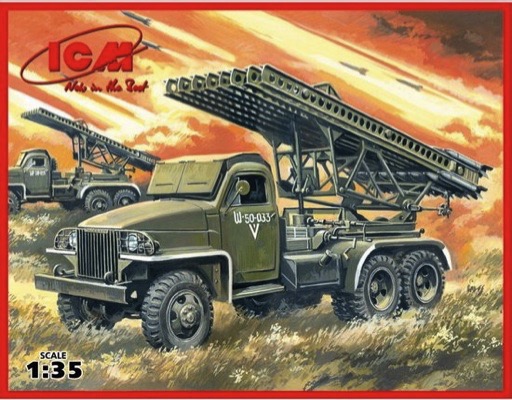 Features: Katyusha multiple rocket launchers are a type of rocket artillery first built and fielded by the Soviet Union in World War II. Katyushas of World War II, the first self-propelled artillery mass-produced by the Soviet Union, were usually mounted on trucks. This mobility gave Katyushas another advantage: being able to deliver a large blow all at once, and then move before being located and attacked with counter-battery fire.

In June 1938, the Soviet Jet Propulsion Research Institute (RNII) in Leningrad was authorized by the Main Artillery Directorate (GAU) to develop a multiple rocket launcher for the RS-132 aircraft rocket (RS for Reaktivnyy Snaryad, 'rocket-powered shell'). I. Gvay led a design team in Chelyabinsk, Russia, which built several prototype launchers firing the modified 132mm M-132 rockets over the sides of ZiS-5 trucks. These proved unstable, and V.N. Galkovskiy proposed mounting the launch rails longitudinally. In August 1939, the result was the BM-13 (BM stands for Boyevaya Mashina, 'combat vehicle' for M-13 rockets).

Testing with various rockets was conducted through 1940, and the BM-13-16 with launch rails for sixteen rockets was authorized for production. Forty launchers were built before Germany invaded the Soviet Union in June 1941.