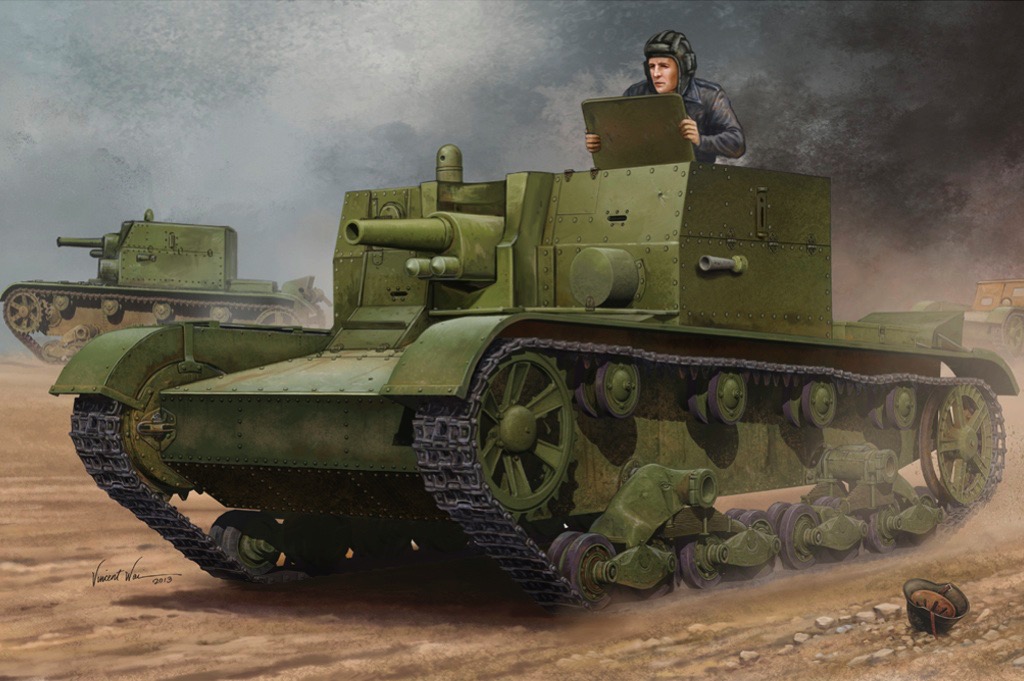 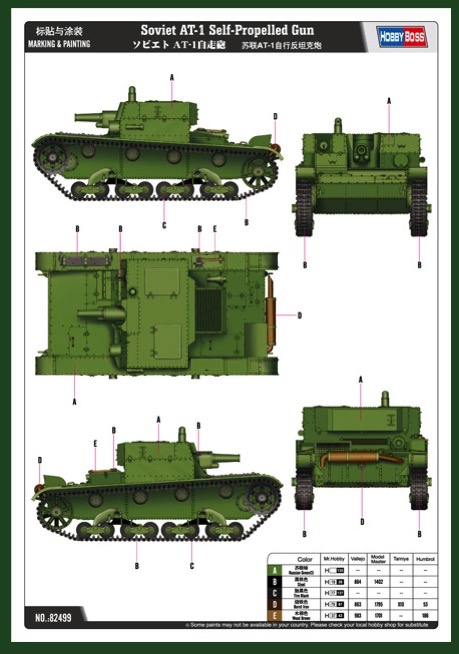 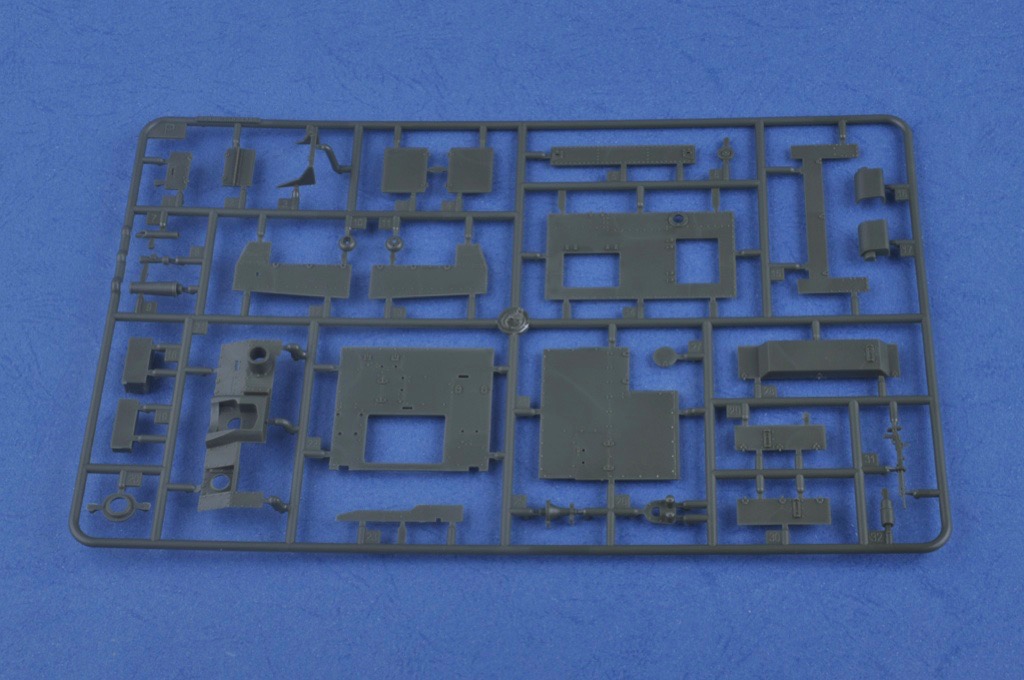 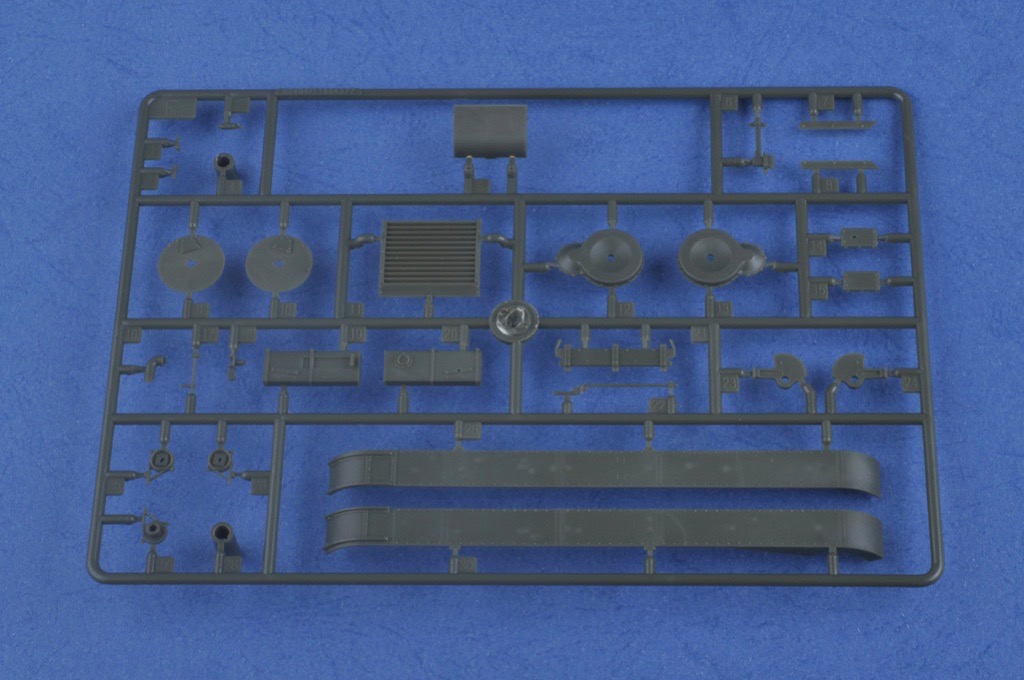 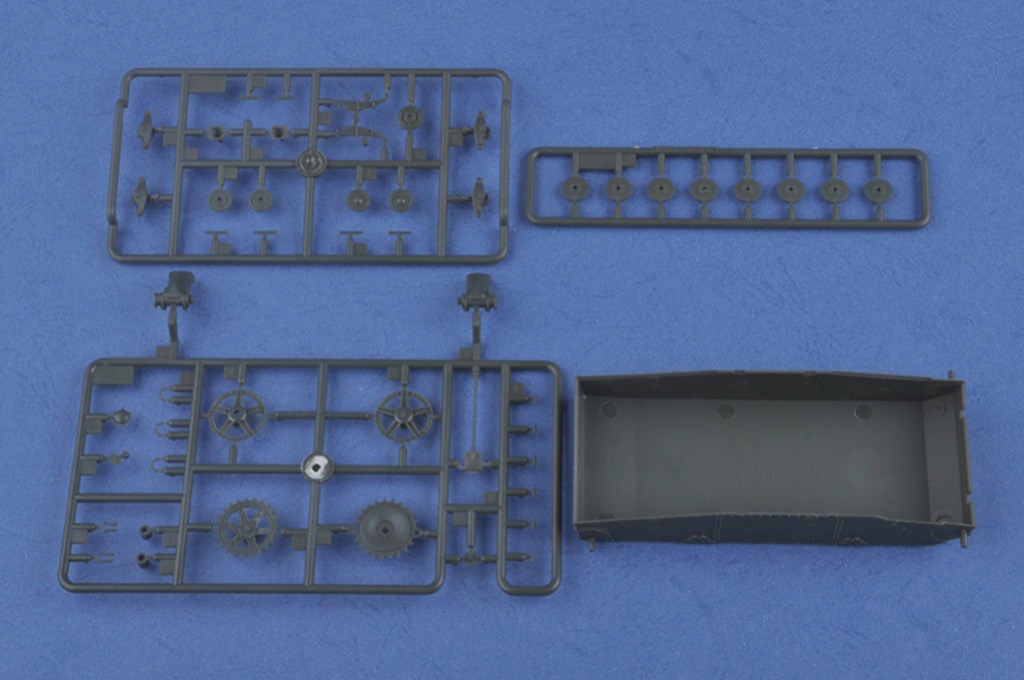 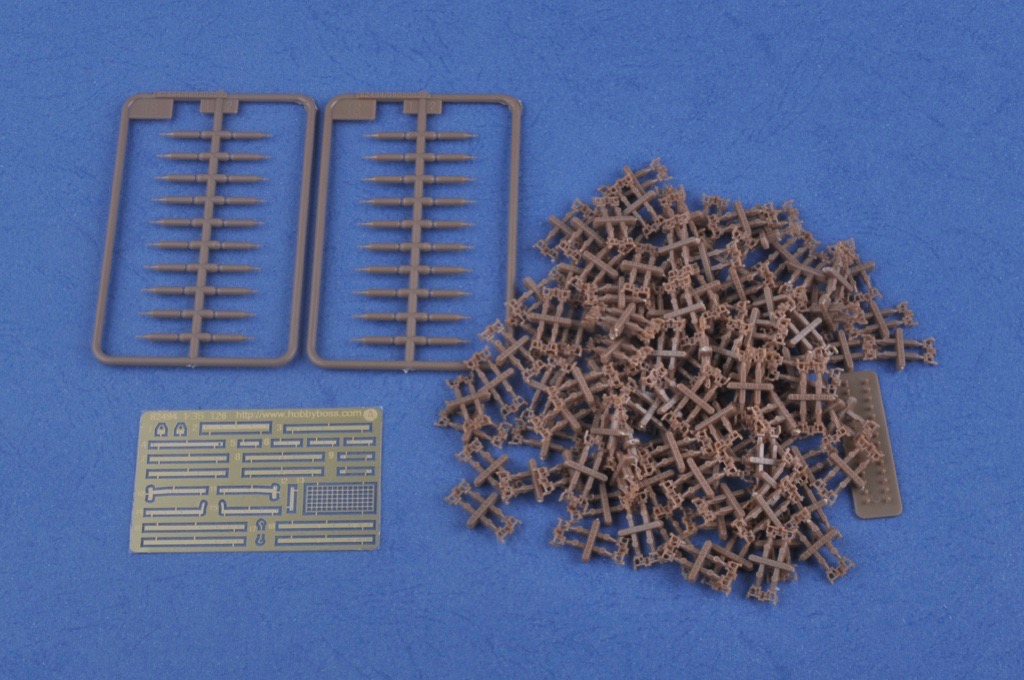 The T-26 tank was a Soviet light infantry tank used during many conflicts of the 1930s as well as during World War II. It was a development of the British Vickers 6-Ton tank and is widely considered one of the most successful tank designs of the 1930s. It was produced in greater numbers than any other tank of the period, with more than 11,000 produced. During the 1930s, the USSR developed approximately 53 variants of the T-26, including other combat vehicles based on its chassis. Twenty-three of these were mass-produced. The T-26 was used extensively in the armies of Spain, China and Turkey. In addition, captured T-26 light tanks were used by the Finnish, German, Romanian and Hungarian armies. Multi-directional slide molded lower hull with fine detail, 240 individual track links and photo-etch parts.