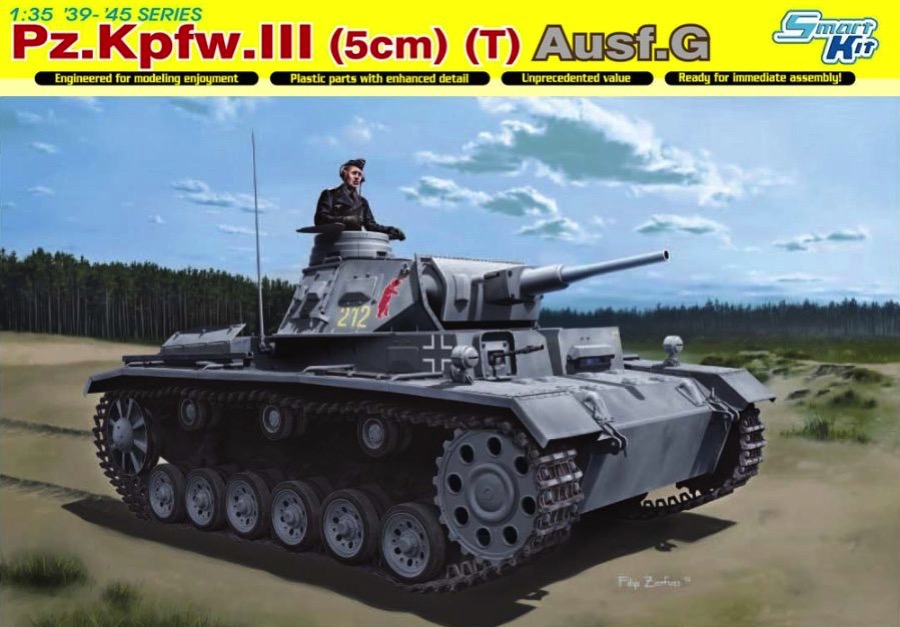 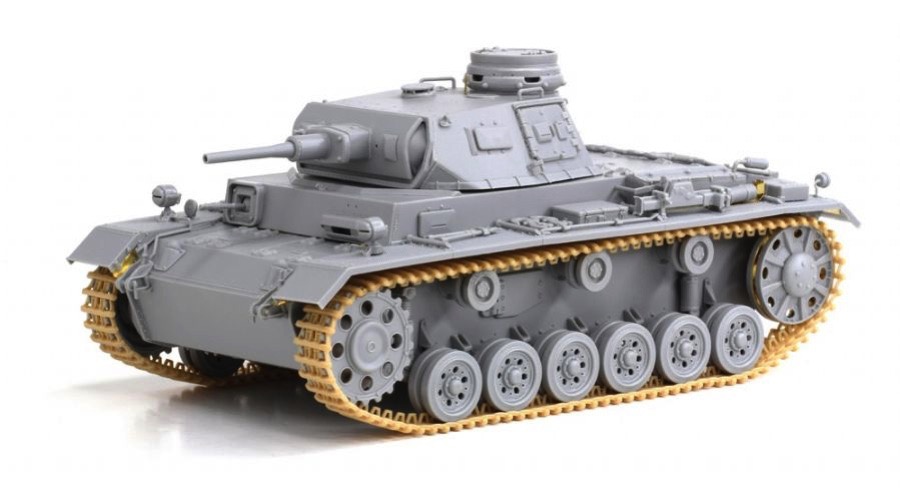 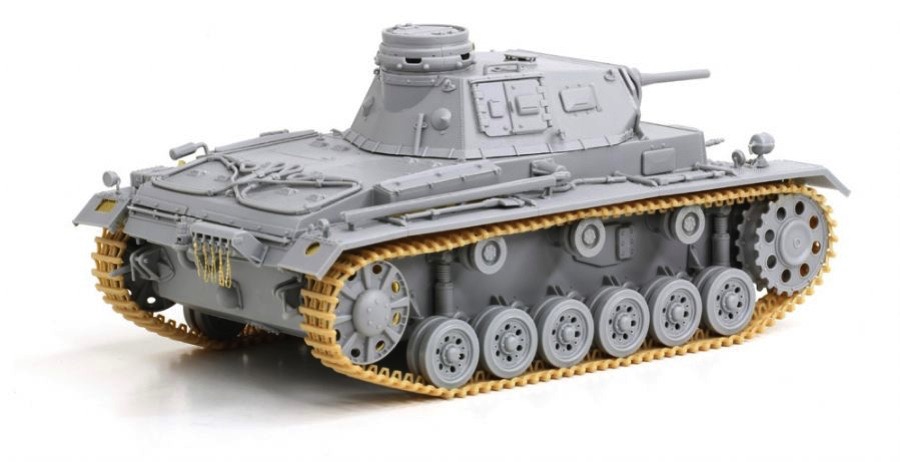 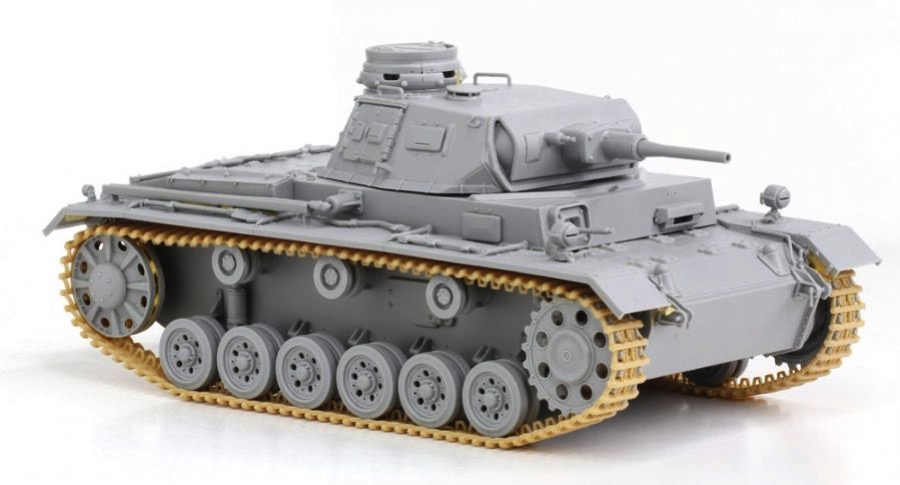 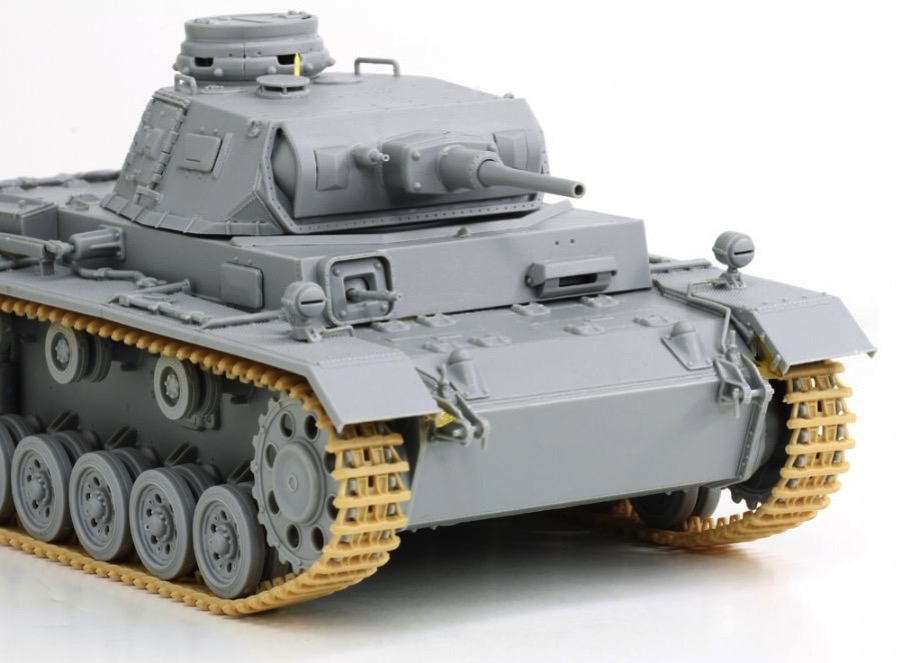 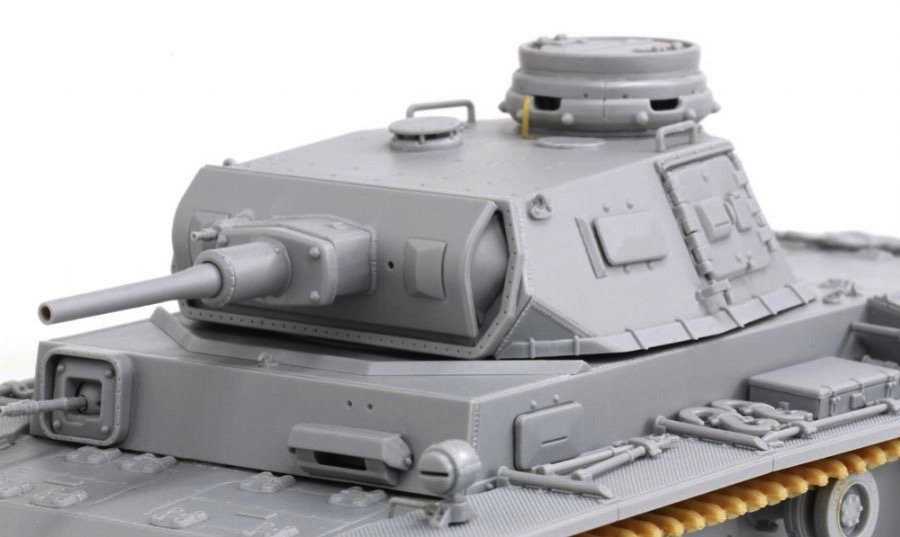 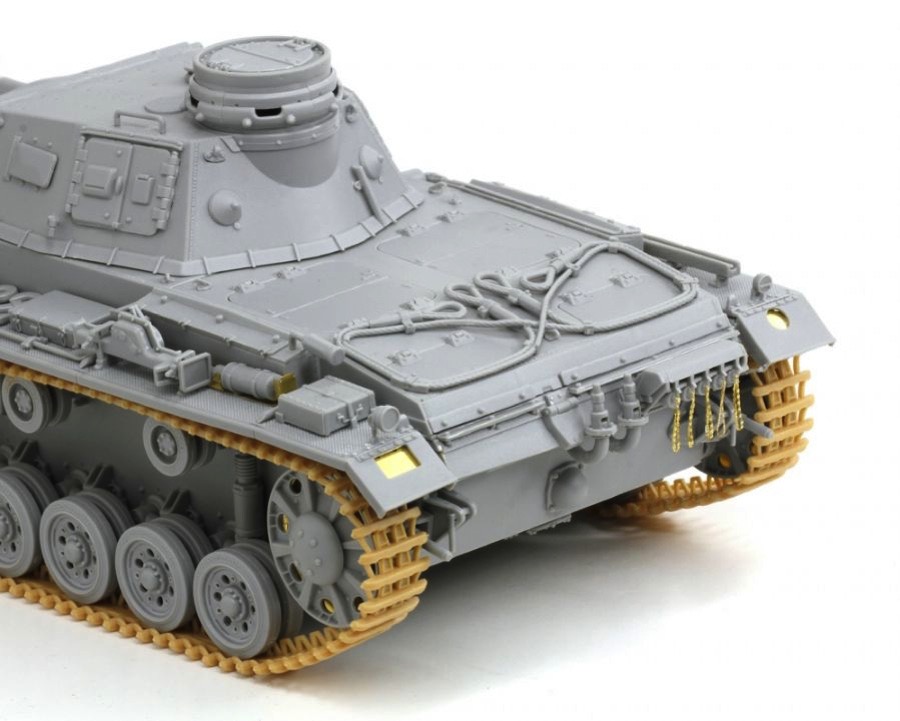 DISCONTINUED This product has been discontinued
and is no longer available.List price: $66.99
You pay: $45.39
(All prices in U.S. Dollars)

After German forces had swept across Western Europe as undisputed champion in 1940, the lone resistance came from the British Isles. It was planned that Germany would conduct an amphibious invasion of Great Britain under the codename Operation Sea Lion, and to this end a number of Panzer IIIs were especially converted into diving tanks. These were known as the Tauchpanzer III, and they had the ability to drive along the seafloor totally submerged thanks to a breathing apparatus. During the planned invasion, they would have been lowered from ships onto the seafloor near the coast and they could then drive onto the shore. In the end these tanks were not used to cross the English Channel as it was decided to bring Britain to its knees via the Luftwaffe instead.

Dragon's newest 1/35 kit portrays a Tauchpanzer III Ausf.G, which was the most common version of this customized tank. It carries a 5cm gun. It's based on Dragon's previously released Panzer III G kit, as well as parts from the earlier Ausf.F Tauchpanzer kit. The box contains all the necessary parts to make the diving tank, including waterproofing parts for the gun shield and turret ring. This is an absolutely fascinating kit and modelers have long been waiting for a model of this particular variant. Even though the Tauchpanzer wasn't used in earnest in the English Channel, they were used during the massive invasion of the Soviet Union so this opens up modeling opportunities. This excellent Tauchpanzer 'diving tank' kit will have modelers 'diving' into model shops to obtain it.