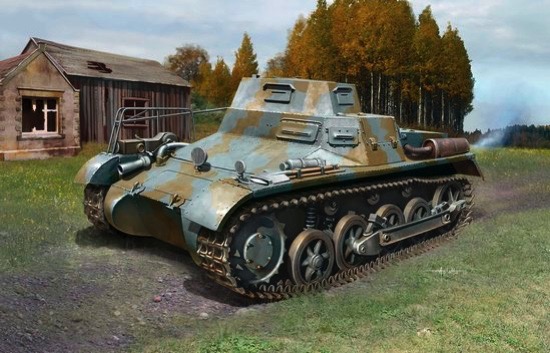 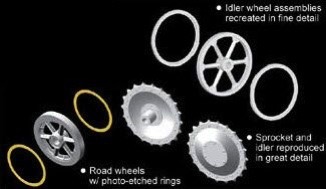 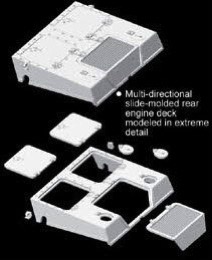 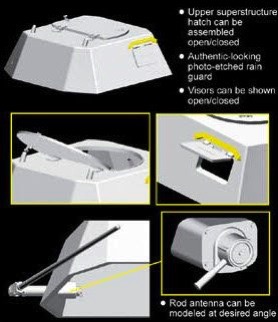 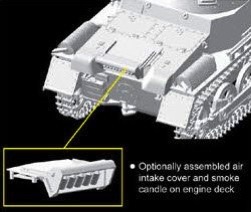 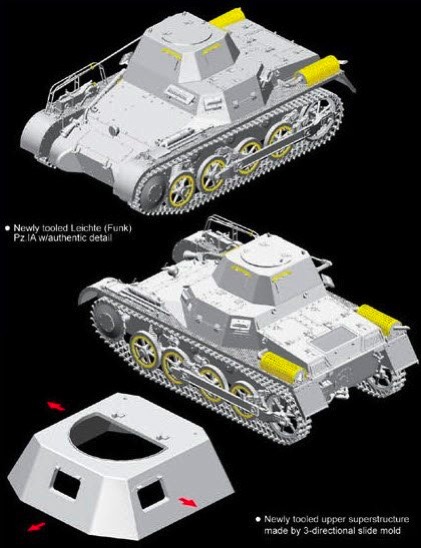 Features: Dragon has previously released a variety of superbly detailed 1/35 scale plastic kits of variants from the Panzer I family, including gun tanks and command-and-control vehicles. However, the current kit under consideration depicts a Panzer I Ausf.A (Sd.Kfz.101) especially modified for the important Funk (radio) role in Germany's new panzer units. A total of 818 Pz.Kpfw.I Ausf.A tanks were produced from July 1934 to June 1936, and some were modified into specialist versions in this way. The main change was the replacement of the machine gun-armed turret with a fixed superstructure featuring three vision ports, as well as an antenna for the FuG.2 and FuG.6 radio sets contained inside the hull. There was no machine gun mounted in the hull so it was relatively defenseless. This 5.88-ton vehicle operated by a crew of three was known as the Leichte (Funk) Panzerwagen.

This 1/35 scale Smart Kit builds upon the exquisite detail contained in Dragon's previous Panzer I models. As to be expected, the superstructure is a brand new part, as is the attached antenna. For customization, this antenna can be depicted at any angle according to the modeler's wishes. The antenna guard frame on the front right fender is also a brand new element and it's molded finely to give a scale appearance. The fighting compartment is fully portrayed, including the transmission and radio sets. For greater convenience and speed of assembly, this kit uses Magic Tracks in place of individual track links. There is also a useful amount of photo-etched metal components like the muffler cover and rings for detailing the road wheels. The Leichte (Funk) Pz.IA may be small but it's most certainly a 'funky' model!