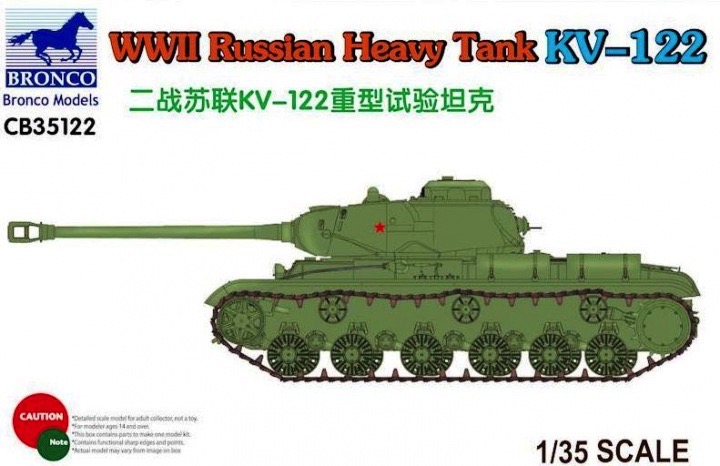 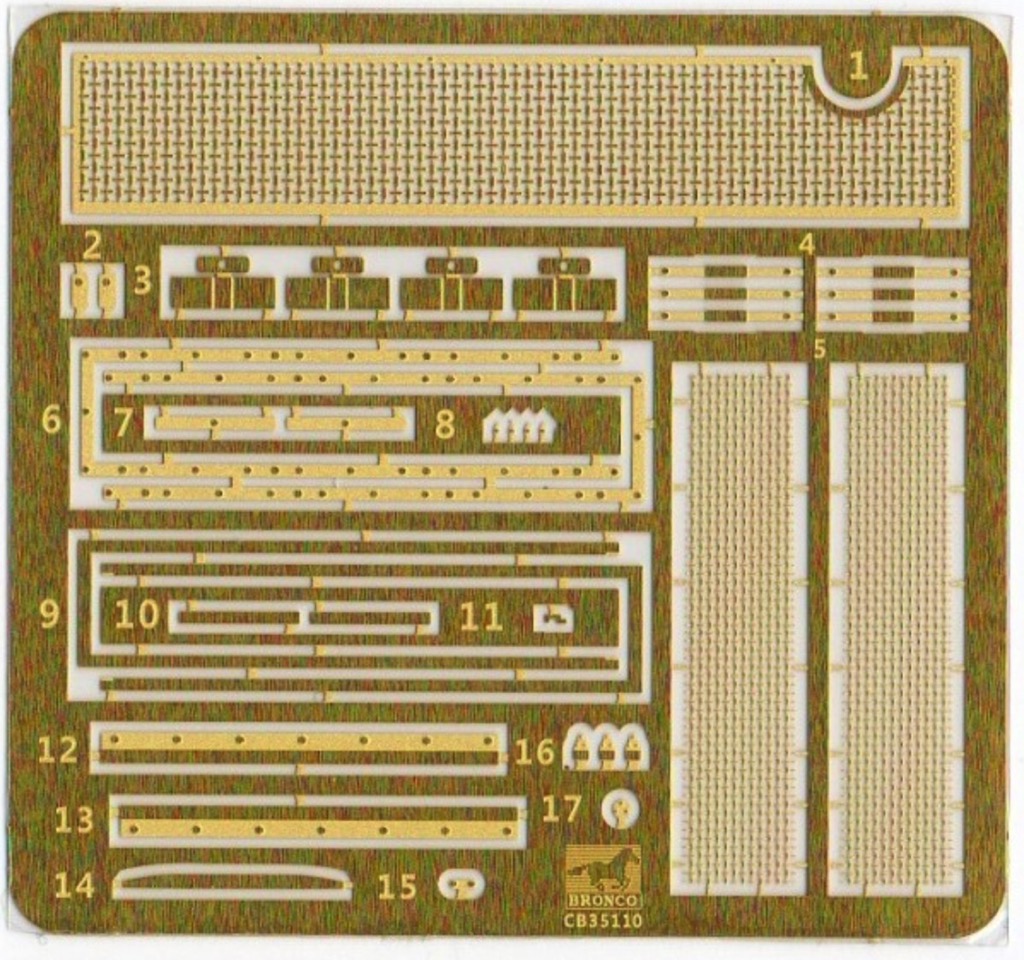 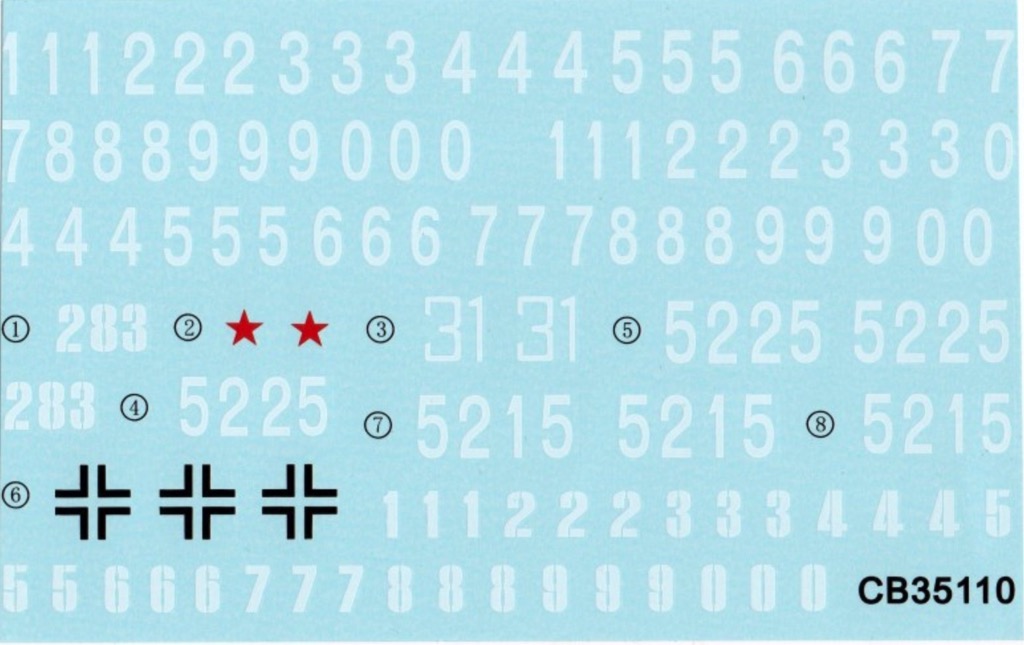 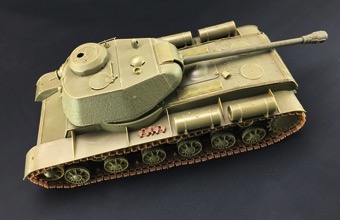 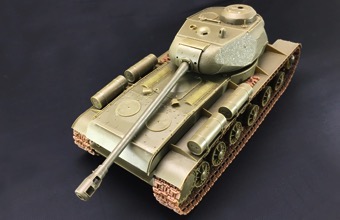 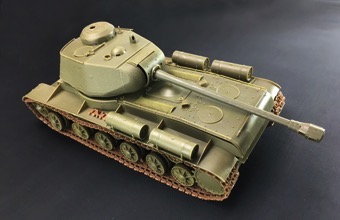 The Battle of Stalingrad became the turning point of World War II. The Russians began to turn to strategic counteroffensives, until the summer of 1943 and the battle of tanks in the Kursk area. As that time the Soviet Union urgently needed more a more powerful tank so the Russian Central Design Bureau immediately adopted the KV-1S chassis with the installation of new turret and this transition model was the KV-85 heavy tank. In order to deploy heavy tanks to the front as soon as possible, Joseph Yakovlevich Kotin led the Central Design Bureau in improving the KV-85 firepower , and after some testing, they ultimately used the 122mm / D-25T gun, which is a prototype heavy tank KV-122. This tank production was not ratified because the Soviets had developed another heavy tank equipped with 122mm after the artillery program which is the famous IS-2 heavy tank.