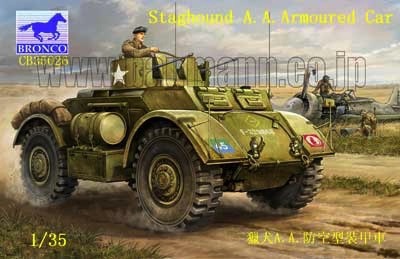 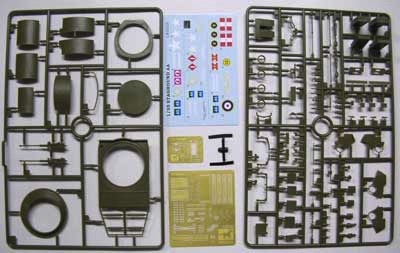 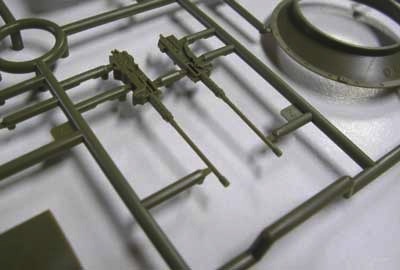 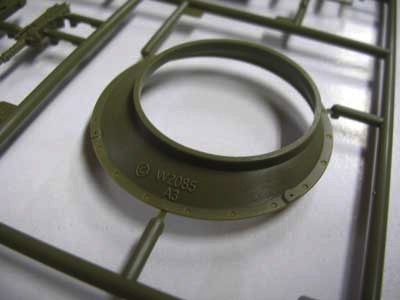 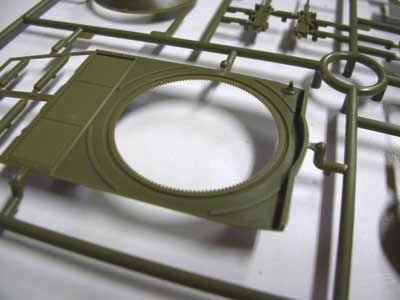 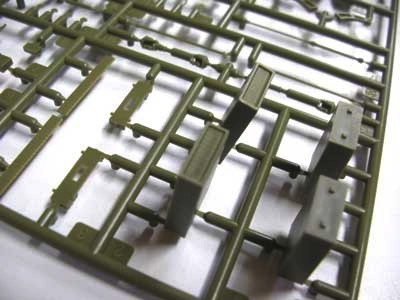 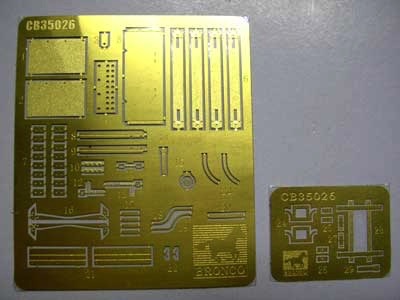 DISCONTINUED This product has been discontinued
and is no longer available.List price: $60.00
You pay: $44.99
(All prices in U.S. Dollars)

During the World War II, there were three main versions of the Staghound used by Britain and those allies equipped on the British model; these were: Staghound I (equipped the US 37mm gun), Staghound III (Crusader III turret with a 75mm gun) & Staghound AA. Staghound AA this was designated in the US as the T17E2. The 37mm turret was replaced by Chevrolet with a curved-sided Frazer-Nash twin .50 MG turret, based on the existing (flat sided) Norge N80 AA type, with initial firing tests being conducted in April 1943. This turret was controlled by the gunner who used a handlebar type control for elevation and traverse, with the firing triggers mounted just forward. An electro-hydraulic traverse system gave impressive maximum slew rates of 55 - 600 per second. 2610 rounds were carried, and ammunition feed to the two guns was assisted by a GE electrical booster. Turret armour was 1" all round; however the roof was open, only being closed by a canvas cover when not in action. The removal of the normal turret meant that the No 19 Radio set had to be re-located into the hull, so the hull MG and crewman were deleted and the set mounted in the front right of the hull. In fact, the crew was reduced to 3; Commander, Gunner and Driver. Production started in October 1943, and between 550 and 1000 were produced -sources vary on the figures - between then and April 1944.