US Army Paratrooper in the Pacific Theater 1943-45 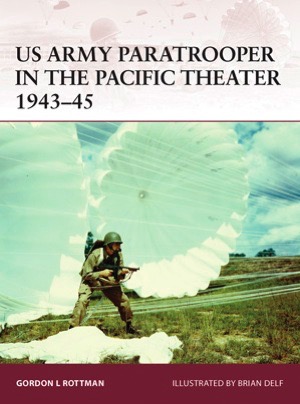 About this book
The two major Army units that operated in the Pacific - the 11th Airborne Division and the 503rd Parachute Regimental Combat Team (PRCT) launched small-scale operations on extremely difficult, if not, outright dangerous, terrain, while also conducting amphibious assaults, fighting on jungled hills, swamps and mud. The two units were very different, with the 503rd PRCT being reserved for special purpose missions and the 11th Airborne Division occupying a more traditional role. This title will deal with the background to these two units and their training, before detailing the specific equipment used in the theatre and, finally and most importantly, the combat experience at a personal level of the US Army Paratrooper in the Pacific.