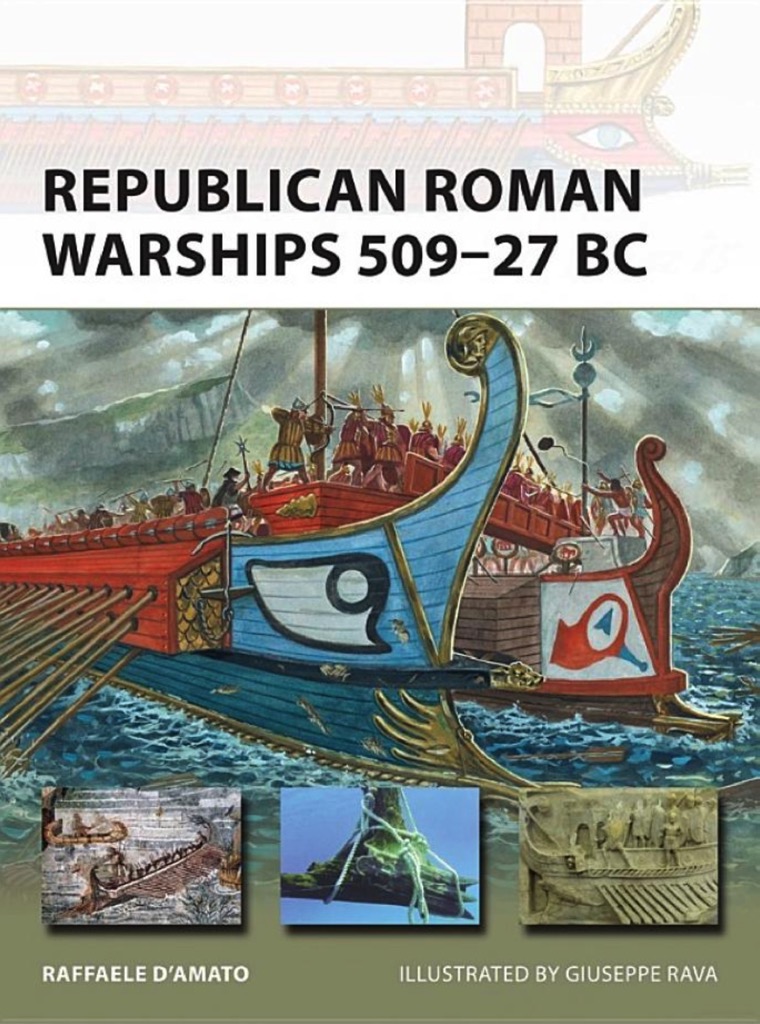 Manufacturer: Osprey Books
Stock Number: OSP NVG225
View all products of type "Trireme"
ABOUT THIS PRODUCT
The birth of the mighty Roman Navy was anchored in the Romans' extraordinary ability to absorb and perfect the technology of other states and empires. This is the story of the design, development and operation of the Republican Roman warship in the age of the conquest of the Mediterranean, from the first Roman naval adventure of 394 BC and the Punic Wars, to Pompey's operations against the Cilician Pirates and Caesar's victorious naval campaigns in Armorica, concluding with the consolidation of the Mediterranean Sea as Mare Nostrum with the battle of Actium in 31 BC. Archaeological photography, including those of exciting new finds, such as the Roman warship rosta (rams) found in the Aegates Islands, accompany lavish artistic reconstructions in illustrating the ships of the first Roman navy.