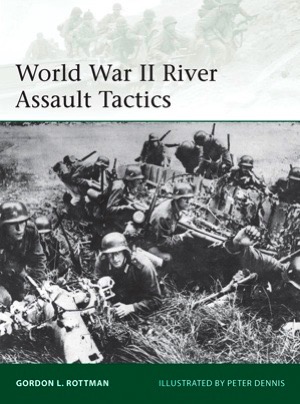 About this book
On the major European and Russian fronts throughout World War II, the challenge of crossing rivers under fire was absolutely central to any advance. The Panzers that crossed the Meuse at Sedan in May 1940 cut the French Army in two. The Wehrmacht's ability to cross the great rivers of the western USSR was vital to the lightning advances of Operation Barbarossa in 1941, and in 1943-45 the Red Army had to drive the Germans back from a succession of river lines during their advance to the Reich, culminating in the Vistula and Oder lines. With World War II armies dependent on heavy mechanized equipment, the function which rivers played became essential for soldiers in all sides of the war. World War II River Assault Tactics details the methods, means and analysis of specific successes and failures. Featuring a wealth of wartime photos, particularly from German sources, and full-colour plates illustrating tactical scenarios, the subject is brought to life.