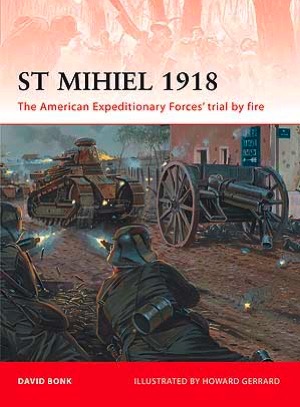 About this book
At 1:00 am on September 12, 1918, accompanied by rain and lightning, the American Army launched its first major offensive of World War I. Supported by French Colonial troops, the American IV and V Corps burst through the weakened German line at St. Mihiel and seized numerous objectives while taking over 16,000 prisoners and capturing over 400 guns. Although American tactics remain suspect, and the operation cost 7,000 US casualties, the battle was heralded as a huge Allied victory. More importantly, it demonstrated to the French and British that the Americans were capable of large-scale, combined-arms operations. Packed with photos, artwork and battle maps, this book explains the entire offensive in detail.