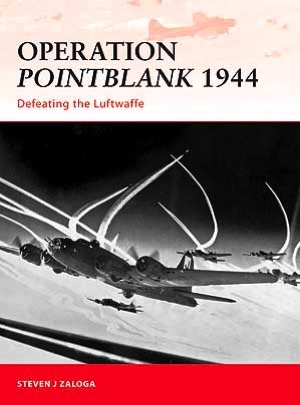 About this book
Operation Pointblank was the code name for the United States Army Air Force's attempt to destroy German fighter capability through the use of daylight strategic bombing in advance of the D-Day landings. Launched in 1943, the operation immediately met with severe problems, most notably the horrible attrition experienced by the US bomber forces. However, with the arrival of the P-51 Mustang, the United States was able to equip the fighters to fly on long-range-bomber escort missions and take the fight to the Luftwaffe in the skies over Germany. This book examines the entire operation from both the Allied and the German perspectives, covering all the main decisions and technological innovations made by both sides in this epic struggle.