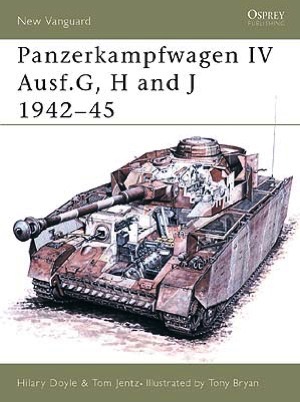 About this book
The Panzerkampfwagen IV was one of the most numerous and successful German tanks of World War II. Despite the introduction of the Panther and Tiger tanks, the PzKpfw IV remained the backbone of the German armoured units until the end of the war. This book details all of the variants of the Panzerkampfwagen IV with the long guns 7.5cm KwK 40 L/43 and L/48. Until 1942 armed with a short 7.5cm KwK L/24, it was used primarily in an infantry support role. However with the upgrading to the long 7.5cm it became the main battle tank of the Panzer Divisions.