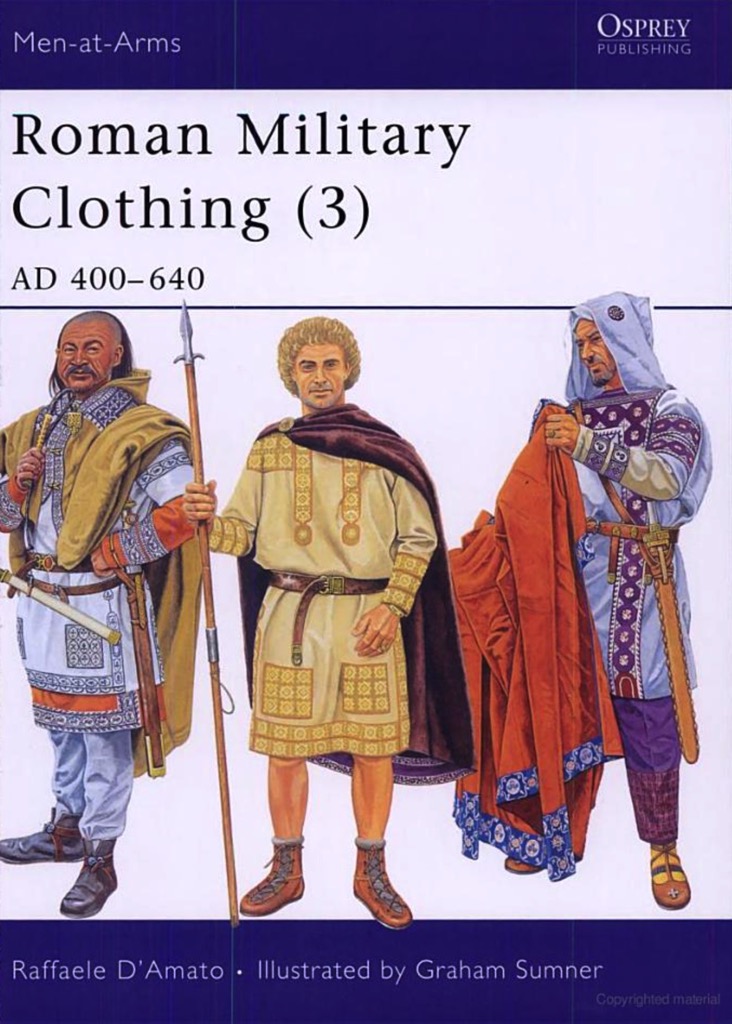 Manufacturer: Osprey Books
Stock Number: OSP MAA425
View all products of type "Markings and Camouflage"
ABOUT THIS PRODUCT
This book is the concluding part of a rigorous study of theliterary, sculptural, pictorial and archaeological evidence for Roman military clothing, covering the last days of the Western Empire, and the much longer record of the Eastern, in the 5th to 7th centuries. The evidence from this enormously colourful period - when Germanic and Persian styles, first introduced by mercenaries, were widely adopted by Roman armies - is particularly rich. The text is illustrated with many photographs of rare textile finds, and mosaic artwork; with careful drawings of other figurative sources; and with Graham Sumner's meticulous and dazzling colour reconstructions.