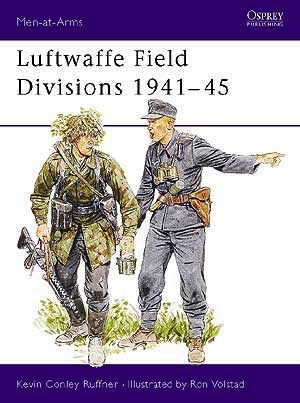 Manufacturer: Osprey Books
Stock Number: OSP MAA229
View all products of type "Armies"
Hermann Goring raised the Luftwaffe Field Divisions [LwFD] during 1942, when Nazi Germany was still making spectacular gains but was first feeling the pinch of its losses on the Eastern Front. The Reichsmarschall decided to raise his own divisions for ground service under the command of Luftwaffe officers. On 17 September 1942, Goring called for volunteers from throughout the Luftwaffe for combat duty in the East. Even before that date, however, some Luftwaffe troops were heavily engaged against the enemy in Russia in a ground role. Kevin Conley Ruffner's engaging text tells the fascinating story of the LwFD.