Weapons of the US Special Operations Command
80 page book. 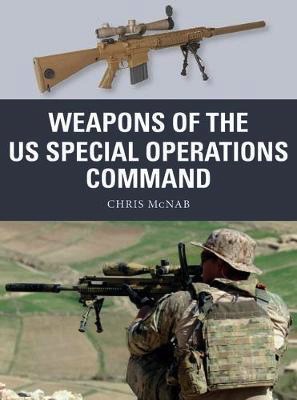 Manufacturer: Osprey Books
Stock Number: OSP WPN69
View all products of type "Arms and Equipment"
The units and formations of the US Special Operations Command (SOCOM) have privileged access to the finest weaponry in the world's arsenal. Whether Army, Navy, Air Force, or Marines, the SOCOM troops select weapons that match their mission requirements, but which also sit at the cutting edge of combat technology.

This means that, while SOCOM troops frequently use standard-issue weaponry, they also adopt many specialist pieces of kit that are not so accessible to the broader armed services, including sniper rifles, battle rifles, and machine guns, as well as high-tech tactical accessories used to transform standard weaponry into something exceptional.

Assessing the technology and capabilities of these combat weapons, as well as how they have been used in modern combat, this fully illustrated study lifts the veil on some of the most distinctive hand-held weapon systems of US special operations forces since 1987.