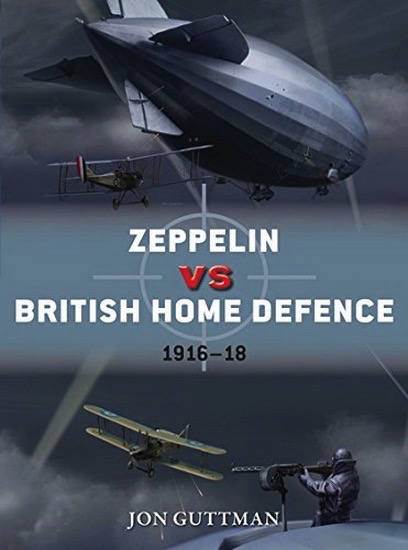 Manufacturer: Osprey Books
Stock Number: OSP DUE85
View all products of type "Air Warfare"
When Ferdinand Graf von Zeppelin's rigid airship LZ 1 flew over Lake Constance in 1900, it was the most advanced and impressive flying machine in the world: a colossal, lighter-than-air craft capable of controlled flight. In World War I, Zeppelins were first used in a reconnaissance role, but on 19 January 1915 Kaiser Wilhelm II authorised their use in bombing strategic targets in England.

From then on, 'Zeppelin' became synonymous with terror to the British, and indeed the airship's effectiveness was more psychological than material. Still, their raids compelled the Royal Flying Corps and Royal Naval Air Service to embark on a program of modernising their aerial defences, accelerating a process that would ultimately make the aeroplane, rather than the airship, the paramount flying machine of the war. Using specially commissioned artwork, contemporary photographs and first-hand accounts, this book tells the fascinating story of Britain's first Blitz, from the airships who terrorised the public to the men who sought to defend the skies.