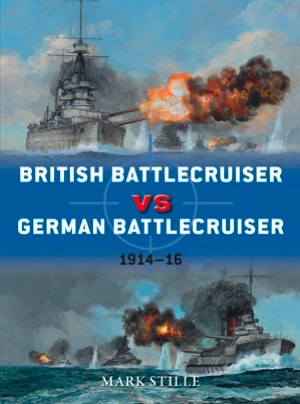 About this book
The rival battlecruisers first clashed in January 1915 at Dogger Bank in the North Sea and although the battle was a British tactical victory with neither side losing any of its battlecruisers, the differences in the designs of the British and German ships were already apparent. The two sides responded very differently to this first clash; while the Germans improved their ammunition-handling procedures to lessen the risk of disabling explosions, the British drew the opposite lesson and stockpiled ammunition in an effort to improve their rate of fire, rendering their battlecruisers more vulnerable. These differences were highlighted more starkly during the battle of Jutland in May 1916. Of the nine British battlecruisers committed, three were destroyed, all by their German counterparts. Five German battlecruisers were present, and of these, only one was sunk and the remainder damaged. Fully illustrated with specially commissioned artwork, this is the gripping story of the clash between the rival battlecruisers of the Royal Navy and the Kaiserliche Marine at the height of World War I.