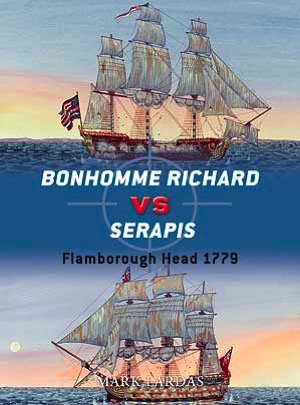 About this book
The clash between the American Bonhomme Richard and the British HMS Serapis during the American Revolutionary War is perhaps the most famous single-ship duel in history. This epic battle between two very similar ships - and crews - off the coast of Britain in September 1779 created two naval heroes: in victory, John Paul Jones became a figure that all future American naval officers would aspire to emulate, while Richard Pearson, in defeat, became a hero to the British for a tenacious defence that allowed the merchant vessels under his protection to escape. Featuring specially commissioned full-color artwork, this is the story of an epic maritime clash at the height of the Revolutionary War that provided a founding legend for generations of US naval officers and demonstrated the intrepidity and fighting prowess of the fledgling US Navy.