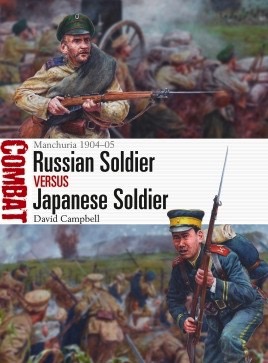 Manufacturer: Osprey Books
Stock Number: OSP CBT39
View all products of type "Warriors"
View all products of type "Clash of Armies"
At the turn of the 20th century, the region of Manchuria sat atop a potentially catastrophic political fault line; the ancient strength of China was crumbling, leaving opportunities for both Russia and Japan to claw out new territories from the edges of that dying empire. Russian pride would contend with Japanese ambition in a conflict that ushered in the age of massed armies fighting on battlefields that were being redefined by the new tools of war such as newer, larger artillery pieces, and the use of machine guns in pitched battles. The vast, but over-stretched Russian Army was expected to steamroller its far smaller opponent, but the aggressiveness and zeal of the more modern Japanese military confounded expectations.

Examining these two armies in detail, this fully illustrated study tells the story of how these two empires clashed in the Russo-Japanese War, heralding a new phase in modern warfare as World War I loomed on the horizon.