Other products to consider: (58) 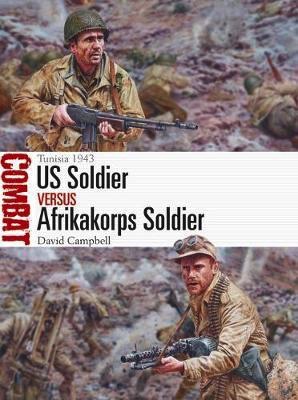 The US Army was powerfully well armoured and equipped, but fresh to war, and it showed. Organization suffered from a surfeit of peacetime theories and training was insufficient and ill-applied. Despite such failings the US GIs and their commanders learned very quickly, adapting to German tactics and the realities of mechanized warfare. The Axis forces in North Africa were seasoned by years of fighting against increasingly powerful British and Commonwealth forces, and were led by one of the Reich's most capable generals. The German doctrine of mechanized warfare had proved itself time and again, but ever-growing logistical and supply problems were blunting its effectiveness.

From Sidi Bou Zid to El Guettar, this fully illustrated study pits the US Army against the best that the Axis forces in Africa had to offer.Contents: