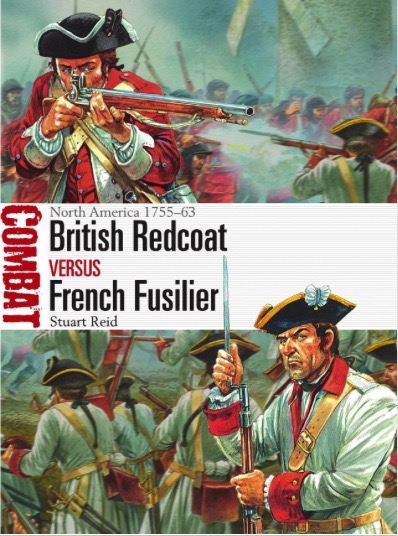 Manufacturer: Osprey Books
Stock Number: OSP CBT17
View all products of type "Warriors"
Providing a unique glimpse into the experiences of regular British and French infantry during the French and Indian War, Stuart Reid reveals what it was like to fight in three battles at the height of the struggle for Canada: La Belle-Famille, the Plains of Abraham and Sainte-Foy. In 1755, Britain and France both decided to escalate a low intensity frontier war that had started the previous year by dispatching regular troops to their respective colonies in North America. Far from home, both sides' equipment and tactics were initially more suited to the European theatre. As the war ground on, however, combat doctrine evolved as both armies learned lessons that would be utilized by succeeding generations of soldiers. Packed with first-hand accounts, dramatic illustrations and a technical analysis of the changing nature of warfare on the American continent, this book puts readers in the shoes of the combatants who played a pivotal role in shaping the future of North America.