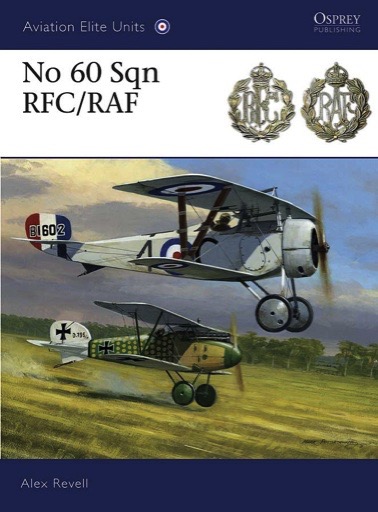 DISCONTINUED This product has been discontinued
and is no longer available.List price: $25.95
You pay: $18.69
(All prices in U.S. Dollars)

About this book
When No 60 Sqn arrived in France in May 1916, partially equipped with the delightfully named Morane Bullet, there were only two dedicated single-seat fighter squadrons on the Western Front. Operating initially as a utility unit, No 60 Sqn's duties were mixed. It was involved in reconnaissance, fighter patrols and escort missions, as well as the landing of spies behind enemy lines. In the opening weeks of the battles of the Somme in the summer of 1916, the squadron suffered heavy casualties and it was withdrawn from the front. Rested and reequipped with Nieuport scouts, the unit went on the offensive. Witnessing the exploits of pilots like Albert Ball, who scored 20 victories with the unit before his death, it rapidly became one of the most successful fighter units of the war. This book tells the complete story of the unit, from its humble beginnings to the end of the war.