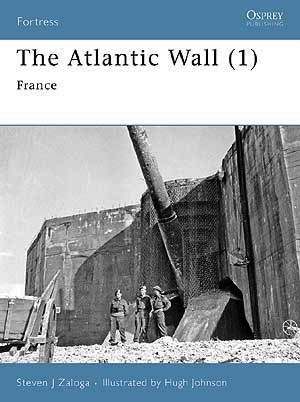 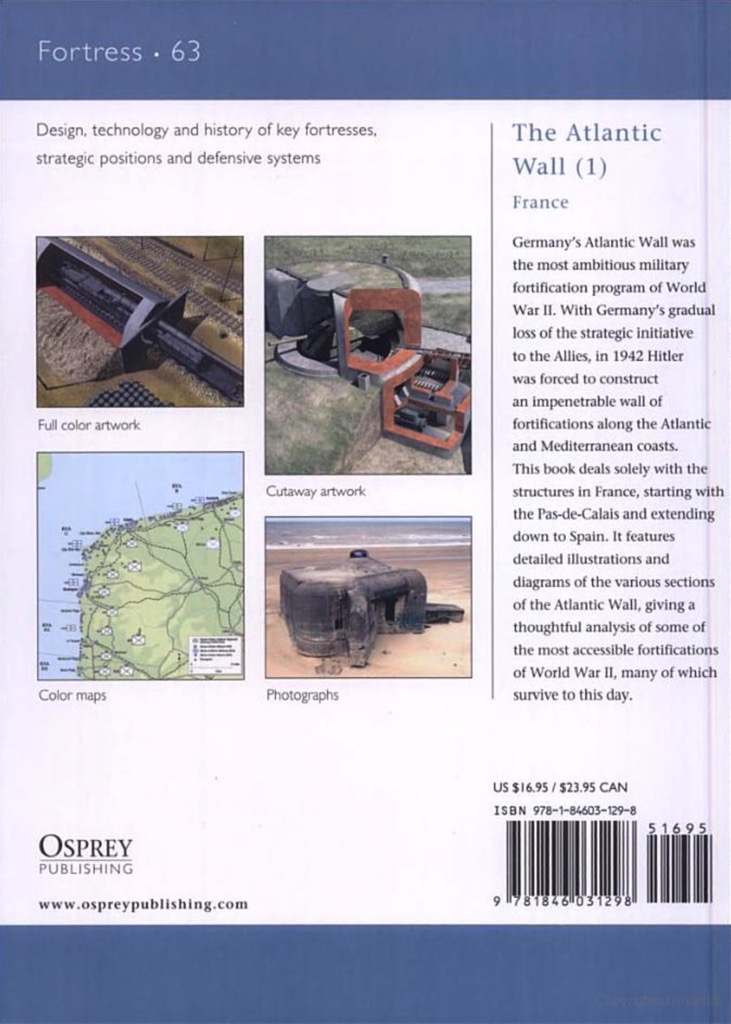 Manufacturer: Osprey Books
Stock Number: OSP FOR63
View all products of type "Fortifications"
Germany's Atlantic Wall was the most ambitious military fortification program of World War II. With Germany's gradual loss of the strategic initiative to the Allies, in 1942 Hitler was forced to construct an impenetrable wall of fortifications along the Atlantic and Mediterranean coast. This book deals solely with the structures on the French coast, starting with the Pas-de-Calais and extending down to Spain. It features detailed illustrations and diagrams of the various sections of the Atlantic Wall and the role that they played, giving a thoughtful analysis of some of the most accessible fortifications of World War II.