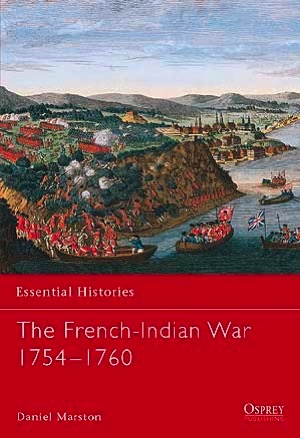 Manufacturer: Osprey Books
Stock Number: OSP ESS44
View all products of type "Clash of Armies"
View all products of type "Wars"
Author: Daniel Marston
About this book
The French-Indian War was fought in the forests, open plains, and forts of the North American frontier. The French army, supported by North American tribes, was initially more successful than the British Army, who suffered from lack of experience at woodland fighting. This title explains the background to the wars and charts the military development of the British Army and the reforms that led to its eventual superiority. In both skirmishes in the forests of the frontier and great battles such as Louisbourg and Quebec, the British proved they had learnt well from their Native American allies.